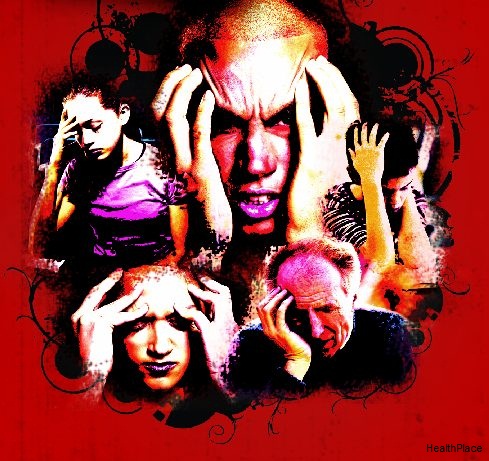 The industry of modern psychiatry has officially gone insane. Virtually every emotion experienced by a human being — sadness, grief, anxiety, frustration, impatience, excitement — is now being classified as a “mental disorder” demanding chemical treatment (with prescription medications, of course).

The new, upcoming DSM-5 “psychiatry bible,” expected to be released in a few months, has transformed itself from a medical reference manual to a testament to the insanity of the industry itself.

“Mental disorders” named in the DSM-5 include “General Anxiety Disorder” or GAD for short. GAD can be diagnosed in a person who feels a little anxious doing something like, say, talking to a psychiatrist. Thus, the mere act of a psychiatrist engaging in the possibility of making a diagnoses causes the “symptoms” of that diagnoses to magically appear.

This is called quack science and circular reasoning, yet it’s indicative of the entire industry of psychiatry which has become such a laughing stock among scientific circles that even the science skeptics are starting to turn their backs in disgust. Psychiatry is no more “scientific” than astrology or palm reading, yet its practitioners call themselves “doctors” of psychiatry in order to try to make quackery sound credible.

By a show of hands, they then vote into existence whatever “symptoms” they wish to associated with Hoogala Boogala Disorder. In this case, the symptoms might be spontaneous singing or wanting to pick your nose from time to time.

They then convince teachers, journalists and government regulators that Hoogala Boogala Disorder is real — and more importantly that millions of children suffer from it! It wouldn’t be compassionate not to offer all those children treatment, would it?

Thus begins the call for “treatment” for a completely fabricated disease. From there, it’s a cinch to get Big Pharma to fabricate whatever scientific data they need in order to “prove” that speed, amphetamines, pharmaceutical crack or whatever poison they want to sell “reduces the risk of Hoogala Boogala Disorder.”

Serious-sounding psychiatrists — who are all laughing their asses off in the back room — then “diagnose” children with Hoogala Boogala Disorder and “prescribe” the prescription drugs that claim to treat it. For this action, these psychiatrists — who are, let’s just admit it, dangerous child predators — earn financial kickbacks from Big Pharma.

In order to maximize their kickbacks and Big Pharma freebies, groups of these psychiatrists get together every few years and invent more fictitious disorders, expanding their fictional tome called the DSM.

The DSM is now larger than ever, and it includes disorders such as “Obedience Defiance Disorder” (ODD), defined as refusing to lick boots and follow false authority. Rapists who feel sexual arousal during their raping activities are given the excuse that they have “Paraphilic coercive disorder” and therefore are not responsible for their actions. (But they will need medication, of course!)

You can also get diagnosed with “Hoarding Disorder” if you happen to stockpile food, water and ammunition, among other things. Yep, being prepared for possible natural disasters now makes you a mental patient in the eyes of modern psychiatry (and the government, too).

Allen Frances chaired the DSM-IV that was released in 1994. He now admits it was a huge mistake that has resulted in the mass overdiagnosis of people who are actually quite normal. The DSM-IV “…inadvertently contributed to three false epidemics — attention deficit disorder, autism and childhood bipolar disorder,” writes Allen in an LA Times opinion piece.

He goes on to say:

The first draft of the next edition of the DSM … is filled with suggestions that would multiply our mistakes and extend the reach of psychiatry dramatically deeper into the ever-shrinking domain of the normal. This wholesale medical imperialization of normality could potentially create tens of millions of innocent bystanders who would be mislabeled as having a mental disorder. The pharmaceutical industry would have a field day — despite the lack of solid evidence of any effective treatments for these newly proposed diagnoses.

All these fabricated disorders, of course, result in a ballooning number of false positive. As Allen writes:

The “psychosis risk syndrome” would use the presence of strange thinking to predict who would later have a full-blown psychotic episode. But the prediction would be wrong at least three or four times for every time it is correct — and many misidentified teenagers would receive medications that can cause enormous weight gain, diabetes and shortened life expectancy.

But that’s the whole point of psychiatry: To prescribe drugs to people who don’t need them. This is accomplished almost entirely by diagnosing people with disorders that don’t exist.

And it culminates in psychiatrists being paid money they never earned (and certainly don’t deserve.)

Imagine: An entire industry invented out of nothing! And yes, you do have to imagine it because nothing inside the industry is actually real.

What’s “normal” in psychiatry? Being an emotionless zombie

The only way to be “normal” when being observed or “diagnosed” by a psychiatrist — a process that is entirely subjective and completely devoid of anything resembling actual science — is to exhibit absolutely no emotions or behavior whatsoever.

A person in a coma is a “normal” person, according to the DSM, because they don’t exhibit any symptoms that might indicate the presence of those God-awful things called emotions or behavior.

A person in a grave is also “normal” according to psychiatry, mostly because dead people do not qualify for Medicare reimbursement and therefore aren’t worth diagnosing or medicating. (But if Medicare did cover deceased patients, then by God you’d see psychiatrists lining up at all the cemeteries to medicate corpses!)

It’s all a cruel, complete hoax. Psychiatry should be utterly abolished right now and all children being put on mind-altering drugs should be taken off of them and given good nutrition instead.

When the collapse of America comes and the new society rises up out of it, I am going to push hard for the complete abolition of psychiatric “medicine” if you can even call it that. Virtually the entire industry is run by truly mad, power-hungry maniacs who use their power to victimize children (and adults, too). There is NO place in society for distorted psychiatry based on fabricated disorders. The whole operation needs to be shut down, disbanded and outlawed.

The lost notion of normalcy

Here are some simple truths that need to be reasserted when we abolish the quack science industry of psychiatry:

Normalcy is not achieved through medication. Normalcy is not the absence of a range of emotion. Life necessarily involves emotions, experiences and behaviors which, from time to time, step outside the bounds of the mundane. This does not mean people have a “mental disorder.” It only means they are not biological robots.

Nutrition, not medication, is the answer

Nearly everyone who has been diagnosed with a mental disorder in our modern world is actually suffering from nothing more than nutritional imbalances. Too much processed, poisonous junk food and not enough healthy superfood and nutrition. At times, they also have metals poisoning from taking too many vaccines (aluminum and mercury) or eating too much toxic food (mercury in fish, cadmium, arsenic, etc.) Vitamin D deficiency is ridiculously widespread, especially across the UK and Canada where sunlight is more difficult to achieve on a steady basis.

But the reason nutrition is never highlighted as the solution to mental disorders and illness is because the pharmaceutical industry only makes money selling chemical “treatments” for conditions that are given complicated, technical-sounding names to make them seem more real. If food and nutritional supplements can keep your brain healthy — and believe me, they can! — then who needs high-priced pharmaceuticals? Who needs high-priced psychiatrists? Who needs drug reps? Pill-pushing doctors? And Obamacare’s mandatory health insurance money confiscation programs?

Nobody needs them! This is the simple, self-evident truth of the matter: Our society would be much happier, healthier and more productive tomorrow if the entire pharmaceutical industry and psychiatry industry simply vanished overnight.

With the DSM-5, modern-day psychiatry has made a mockery of itself. What was once viewed as maybe having some basis in science is now widely seen as hilarious quackery.

Psychiatry itself now appears to be completely insane. And that might be the first accurate diagnosis to come out of the entire group.

Invent your own fictitious diseases!

By the way, you can be your own psychiatrist right here, right now! Simply use my handy-dandy Disease Mongering Engine which randomly generates real-sounding mental disorders!