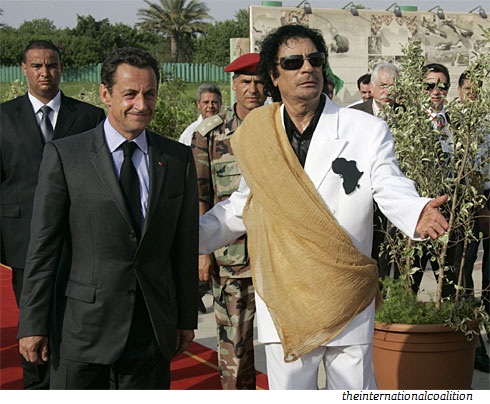 NewsRescue- Barely 24 hours after the French president, Sarkozy was accused of having received over 50 Million Euros in campaign donations– which helped him get into power, given by unnamed individuals from Libyan president Gaddafi- who he led the extermination of; ex-Gaddafi regime agents have started popping up dead in Europe.

Police spokesman Roman Hahslinger told Al Jazeera his corpse was found on Sunday morning floating in the river and showed no external signs of violence.

He said the cause of death was not immediately clear and officials will carry out an autopsy in the coming days.

Ghanem, 69, was last seen by his daughter on Saturday night in their apartment in a suburb of Vienna. She went to bed and when she woke up he was not in the apartment.

She called the police who told her the body was found in the Danube, 20m from the shore, close to the apartment in Copa Cagrana, a popular a waterfront that is filled with bar and restaurants.

Ghanem, who worked as a consultant for a Vienna-based company, was wearing jeans and “normal” clothes but had no personal identification on him other than a document that named the company he was working for, Hahslinger said.

An employee of the company was subsequently contacted and identified him, the police spokesman said.

Joerg Michener, a journalist based in Vienna, told Al Jazeera that a passerby had found Ghanem’s body in the river on Saturday morning.

“Initially the family reported that Ghanem had died at home in his apartment but police have now dispelled this rumour. They have said that clearly somebody has found his body in the Danube River,” Michener said.

“As far as we know there are no direct links to the Libyan revolution but police are currently investigating this.”
The police are appealing for witnesses and hope to conduct a post-mortem examination on Monday.

Hahslinger said Ghanem apparently left his residence early Sunday morning after spending Saturday evening at home with an acquaintance. He had no further details.

Ghanem served under Libya’s late leader Muammar Gaddafi as prime minister from 2003 to 2006 and then as oil minister until 2011.

He had defected last June during the uprising that toppled Gaddafi. 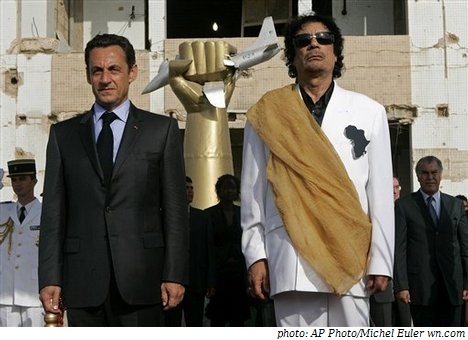 At the height of the crisis in Libya, he crossed over to neighbouring Tunisia in mid-May 2011, by car and became one of the highest-ranking officials to defect from the regime.

His defection came just weeks before he was due to represent Libya at an OPEC meeting in Vienna.

In June, he announced his defection, saying he left his home country to “to join the choice made by young Libyans to fight for a democratic country”.

However, Ghanem added that he was not working with the National Transitional Council, which is Libya’s current interim government.

Instead, he sought refuge in Vienna, a city he knows well having not only travelled there regularly as oil minister for OPEC meetings, but also having lived there when he was director of OPEC’s research division from 1993 to 2001.