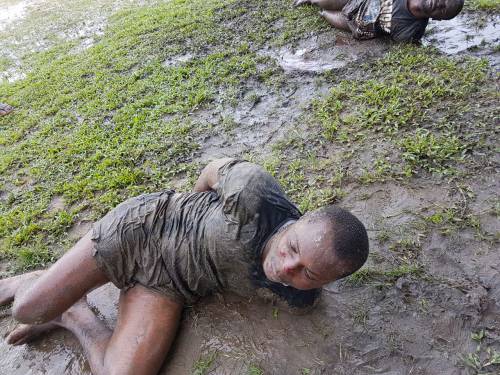 Three notorious sea robbers operating in Nembe waterways of Bayelsa who recently killed three soldiers when they attacked a military post in Nembe carting away military arms, ammunitions, and a gunboat have been arrested

The successful capture of the bandits was made possible by the Special security outfit known as “BAYELSA WATERWAYS SECURITY TASKFORCE” led by an ex-militant leader, Master Africanus Ukparasia.

The suspected killers were reportedly apprehended at Olugbobiri community in Southern Ijaw Local Government Area of Bayelsa State based on an intelligence report.

It will be recalled that on August 8th unknown gunmen disguised as mourners attacked a military base in Nembe-Ogbolomabiri area of Nembe Local Government Council of Bayelsa State, killing three soldiers and carting away arms and ammunition including a gunboat.

The incident, which occurred at 10 a.m also claimed some civilian casualties as stray bullets killed two persons around the waterside.