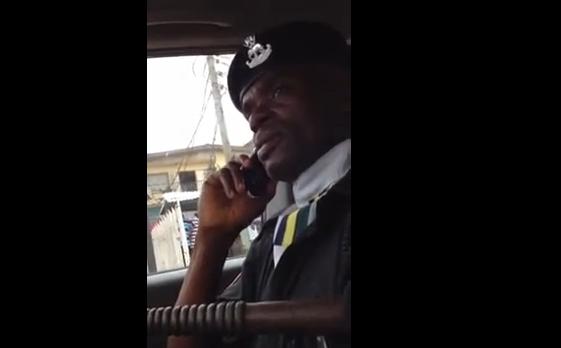 NewsRescue– Nigerian police collecting bribe is not a new topic by any means, but this video is one of the clearest exposes of the sad situation of law enforcement in Nigeria and a reason why mob violence with citizens applying jungle justice rather than employing the services of the security men is rampant.

Police officers simply go with the highest bidder who may be and is more likely to be the criminal. In the video, the guy who captured it pleaded to be let off, but the arresting sergeant insisted on being bribed with N25,000, about $170.00. Upon failing to come up with that sum, the officer pretended to call for the impound.