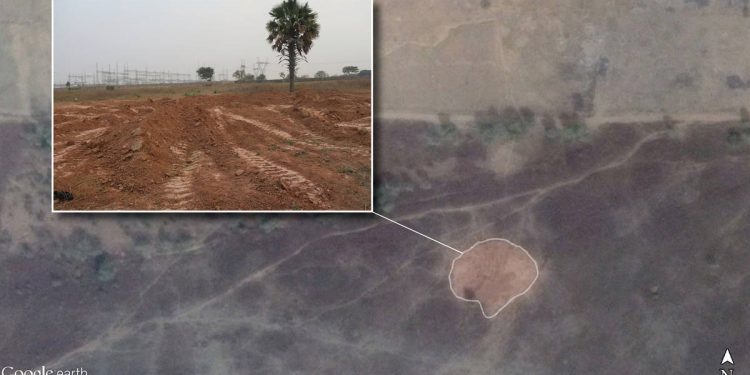 A Lecturer with Taraba state University sent the following message in local Hausa Language to the AFIMN WhatsApp group:

“Do you know that we are in a difficult situation where Shiites have vowed to kill us the SUNNAH AND DARIKAH for the reason that when they were massacred by the government we did not sympathize with them. Therefore, the Shiites planned that in this fasting they will cook food by claiming it is meant for the poor then poison it for us to consume and die. May God protect us from their evil!

“Those who saw this message should spread it to others as failure to do so they will be questioned by God on the day of judgment!!!”

From the construction of the message and its substance, the source of this inciting and wicked message is written all over the message. Those who massacred 1000+ defenseless and unarmed Shia Muslims in Zaria, Nigeria, last December and dumped their dead bodies in mass Graves then rushed to Saudi Arabia that is the custodian of the warped and deviant Wahhabi ideology to be rewarded for this heinous crime are behind this inciting message. This message is part of the massive smear campaigns of calumny and demonization launched by the Nigerian regime and its local Wahhabi allies against Shia Islam, the Islamic Movement in Nigeria (IMN) under the leadership of His Eminence Sheikh Ibraheem Zakzaky and Iran.

It is important to note that one of those campaigns was when last March a high ranking military office, col. Samaila Inusa, was kidnapped and killed in Kaduna by unknown persons. The Nigerian presidency sent message to some journalists that Shiites were behind the kidnapping as they got a “security report that Shiites will kidnap high ranking military officers to exchange for their leader in detention” of the Nigerian regime. After the incident the Nigerian police employed the services of the legendary crime buster Ali Kwara to track the perpetrators of that heinous crimes. The trailed led to Anambra and Ebony states in Southeast Nigeria where the criminals were recently apprehended by the Nigerian police and none of them are Shia Muslims or members of IMN.

From the construction of the above message, the source of this message is from the Wahhabi mindset. From the three words of “SUNNAH AND DARIKAH”, the Wahhabis considered themselves as the “SUNNAH” while they addressed the Sunni Sufis as “DARIKAH”. To the Wahhabi mindset that is embedded in Takfirism (excommunication of Muslims from Islam) the Sunni Sufis are not true followers of SUNNAH and only they are the true followers of “SUNNAH”!

It is also important to note that one of main ingredient of the deviant Wahhabism that is the ideology that inspired all murderous terrorism in the name of Islam is widening the gulf among Muslims and making them enemies of each other. They considered the Sunni Sufis as “Kafirs” who are not Muslims but embrace them when their target is Shia Islam. They use the fraudulent accusation of “insulting the companions” to exploit the sentiments and pollute the mindset of the Sunni Sufis against Shia Muslims. While Muslims the world over welcomed the holy month of Ramadan that ushered in fasting, the Wahhabi mindset is geared towards which from of evil and wickedness to create. Just yesterday the Wahhabi ISIS terrorists attacked via VBIED a civilian neighborhood of the Holy city of Karbala in Iraq killing 15 innocent civilians. The ideology of slaughter, massacre and mass murder is Wahhabism and not Shia Islam and the manifestation of that deviant ideology is the product of ISIS, AlQaeda, BokoHaram, AlShabab etc.

Therefore, Nigerians should disregard such messages as they are part of the wicked propaganda of the cabal that murdered 1000+ defenseless and unarmed Nigerians that included 100s of women and children in less than 48 hours and dumped their dead bodies in mass Graves. Then the same cabal constituted a kangaroo commission of inquiry and populated the commission with die-hard Wahhabi/Salafis that have Shia Genocide as a Global agenda to officially bury the monumental crimes and atrocities of the Zaria massacre and indict the victims of that inhuman massacre.

Nigerians Muslims should use the holy month of Ramadan as a medium for sober reflection about the plight of the Nigerian poor especially with the coming to power of President Buhari’s government. The prices of all essential commodities have skyrocketed by more than 100% in most cases and the income of the Nigerian poor has decreased to say the least while unemployment have exponentially increased. The poor were suffering before the coming to power of this government, then we all can imagine the present level of poverty and suffering in the land! To worsen the situation again the Nigerian regime recently increased the price of petrol pump price by close to 70% by utter disregard to the plight of the poor. The Nigerian regime claimed that it want the poor to make sacrifice “for a better tomorrow” but the same leaders who made such statements are not ready to make sacrifice. Just for a minor ear infection the Nigerian president Buhari has gone to London for medical tourism, the same president that was highly critical of medical tourism in the past according to a recent BBC report.

The month of Ramadan is a period where the rich is expected to be more generous and caring to the plight of the poor, the needy, the refugee and the downtrodden. There is no period in the entire history of Nigeria that the poor is suffering like today, and this is the whole truth! In the spirit of the Holy month of Ramadan the rich should ease the suffering of the Nigerian poor and this gesture should not only be limited to the Muslim poor but to all Nigerians as humanity is one as we all originated from Adam and Eve.

On a Final note, the Golden Rule states that those who sow good will be followed by good. No matter the actions and reactions of others we should sow goodness and do good to others. A good and sound society is build on goodness and not on evil and wickedness. Those who sat down, constructed and shared the above message are agents of Satan who think that by doing so they will spread hate and put mistrust in the minds of Nigerians. How can such evil succeed?