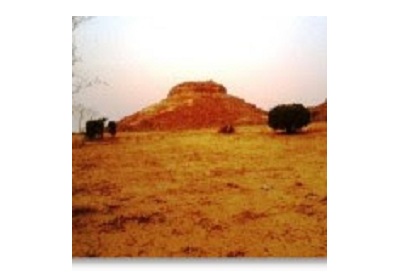 by Auwalu Umar, who was in Zinder

DailyTrust– There is tension in Niger Republic over alleged preference given to Nigerian oil marketers in lifting of refined petroleum products from the French-speaking West African country’s new refinery, Daily Trust investigations show. Chinese company Soraz operates the refinery which was commissioned a year ago in Zinder less than 100 kilometers north of the border with Nigeria.

A liter of petrol sells officially for more than N200 in the country and the people say prices are too high compared with neigbhouring countries.

Nigeriens, including civil society groups, politicians and public sector workers, allege that undue favour is being given to Nigerian companies at the expense of indigenous oil marketers who pay higher to lift products.

They named AFDIN Petroleum, A. A. Rano Nigeria Limited, Oando Plc and Dangote among the five Nigerian oil firms enjoying “favour” from the Niger government. A Malian and a Burkinabe firm also enjoy such favours, they said.

But some of the affected Nigerian firms said no preferential treatment was being given to them, and that they were invited by Niger authorities to invest as well as buy the surplus from the 20,000 barrels of oil refined daily.

Niger’s businessmen also alleged that the loading arrangement favours Nigerian marketers whose tankers lift directly from the refinery without delays, while indigenous marketers go through the state-run company SONIDEF and end up spending up to 40 days before lifting.

But authorities in Niger dismissed these claims, saying every oil marketer buys directly from SONIDEF and not from the Soraz refinery.

But locals said many indigenous oil firms get their supplies from the “favoured” Nigerian marketers as they could not secure licenses to lift oil.

It was further learnt that roadside fuel sellers in Niger’s towns smuggle the product from Daura in Nigeria or get it from Maradi (in Niger) from authorized Nigerian oil marketers after lifting from Zinder.

People also allege secrecy in the way the country’s oil business is run a year after the refinery was commissioned.

Abubakar Muhammadu Dandubai, national chairman of NPPAD, a civil society group based in Niger, accused the Muhammadou Yusouf-led government of selling Niger oil to Nigerian marketers at a give-away price.

Dandubai, who was detained for eight days in Zinder prison last year for leading a protest over high petrol prices, said, “It is unfair for the Nigerien authorities to leave Niger’s oil sector in the hands of Nigerians.”

“We are not against Nigerians coming to buy fuel or do business with our people but let there be a lasting arrangement that both parties can benefit without anyone complaining. Our government should be as transparent as possible and also carry our indigenous oil firms along while our brothers from Nigeria should not destroy the system through corruption,” he added.

He insisted that fuel price in the country must be reduced in the interest of the common man, describing as unacceptable an argument that since the country does not need much fuel then the price should remain as it is.  Read more…