South-West was not sacrificed – Agbaje

Governor Dickson in his remarks commended Chief Jimi Agbaje for his show of sportsmanship stating that the role he played before, during and after the PDP convention truly exemplified the life of loyalty and true leadership. Chief Agbaje was also commended for his mature utterances despite the outcome of the convention and was encouraged to remain resolute.

Chief Agbaje in his response appreciated the committee for the visit stating that it spoke volumes for the Chairman and his team. Chief Agbaje stressed that he wasn’t in conflict with anyone and as such didn’t need to be reconciled. ‘I understand leadership and have accepted the outcome of the convention as a product of leadership’. Jimi Agbaje also used the medium to discard the propaganda by the opposition that the South-West was sacrificed during the convention stating that events don’t always turn out the way they are planned in politics.

‘I am firmly in the PDP, not going anywhere so, we will build the PDP and make it work and I will join in the process of Reconciliation.’ 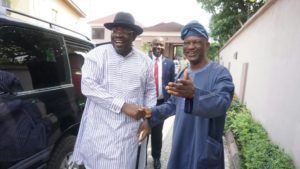 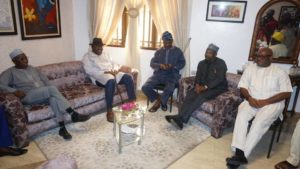