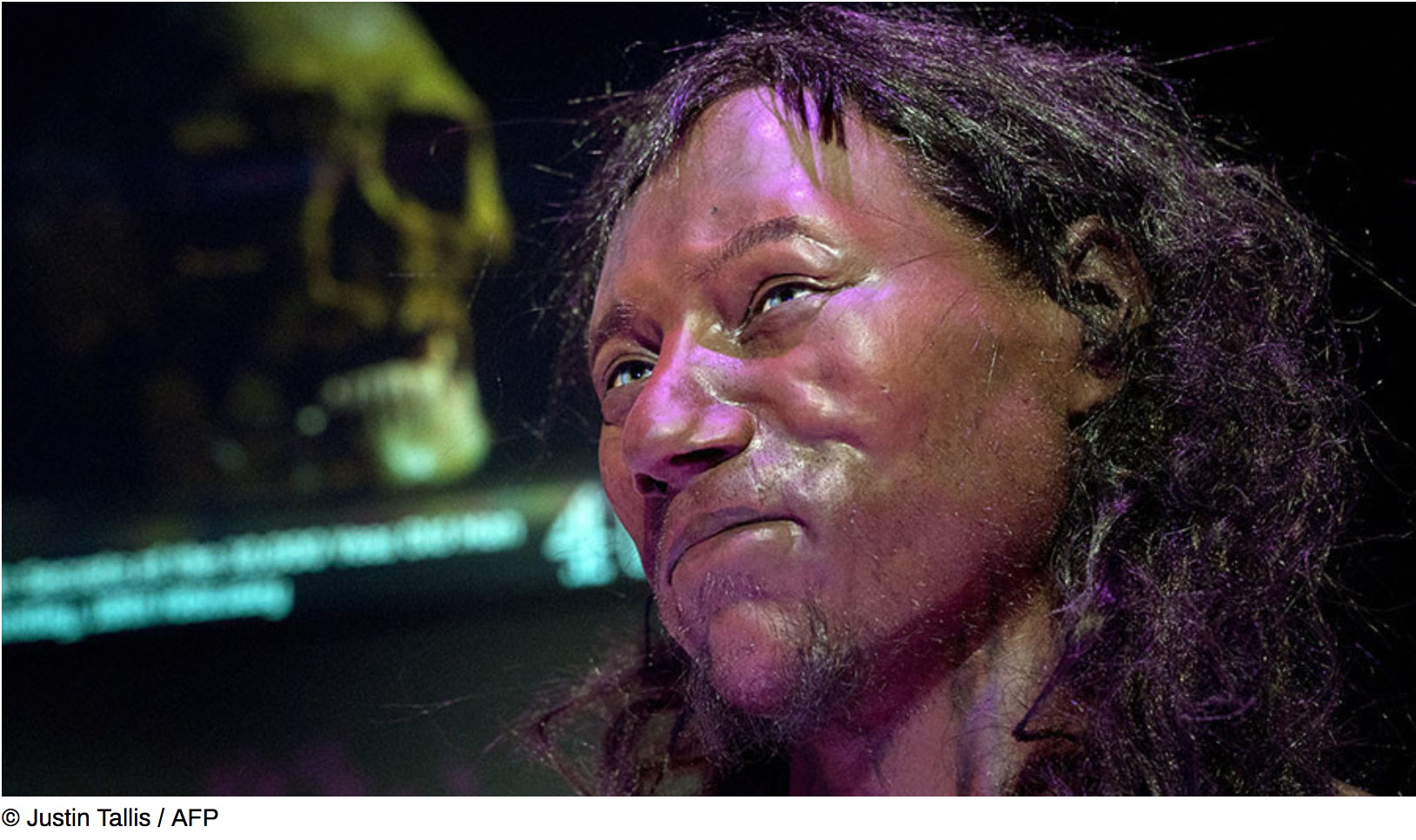 A pioneering genetic analysis of the UK’s oldest complete skeleton, which is around 10,000 years old, has revealed that the first modern Britons had a “dark to black” complexion.

The National History Museum carried out cutting-edge genetic sequencing and facial recognition technology on the ‘Cheddar Man,’ the skeleton found near Gough’s Cave in the Cheddar Gorge, and found that the first British settlers had dark skin, dark curly hair and possibly blue eyes.

The research on the Mesolithic fossil undermines the commonly held assumption that a people’s geographical origin is a determinant of skin color and physique.

“It really shows up that these imaginary racial categories that we have are really very modern constructions, or very recent constructions, that really are not applicable to the past at all,” said Tom Booth, an archaeologist at the Natural History Museum who worked on the project.

Most white people currently living in Britain are believed to have 10 percent of the skeleton’s DNA.

“The combination of quite dark skin and blue eyes is something that we don’t imagine is typical, but that was the real appearance of these people, something that’s quite rare today,” said Professor Chris Stringer, research leader in human origins at the Natural History Museum. … Read full in RT