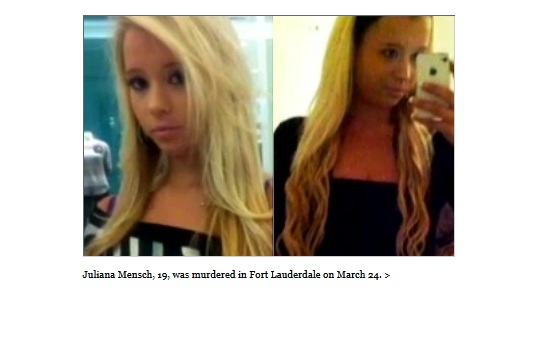 NewsRescue– This story we just “rescued”, of the now common bizarre nature of our Zombie era, makes you consider the value of pre-crime policing. See: Homeland Security moves forward with “pre–crime” detection

A practice becoming more and more common in the United States, whereby cops arrest “potential” criminals based on their thoughts and plans to commit crimes, before waiting for the crime to be actually committed.

We are thoroughly against pre-crime and thought crime methods of policing, and solicit pre-criminality programs. Sanitizing the society, returning parenting from faceBook and Twitter, to the parents. But still, a couple, googling how to kill!, does provoke thought and debate into the benefits of pre-crime. 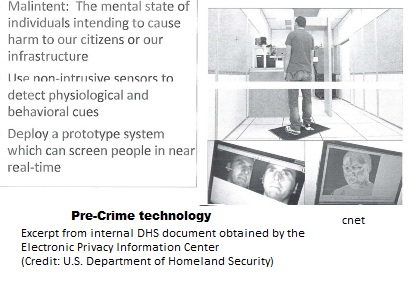 Here’s the story from NYDailyNews:

A Florida couple who allegedly strangled a 19-year-old girl while she was asleep Googled how to murder her minutes before her death, according to police records obtained by the New Times.

James Ayers, 32, and Nicole Okrzesik, 23, are accused of plotting ways to kill Juliana Mensch and discussing what to do with her body in text messages and online, the newspaper reports.

Police claim that the pair, who were friends of Mensch, killed her after getting high with her in their Fort Lauderdale home on March 24 so that they could rob her for drug money.

Okrzesik did an Internet search for “chemicals to passout a person,” “making people faint,” “ways to kill people in their sleep,” “how to suffocate someone” and “how to poison someone” the morning of the murder, police records claim.

Police Handout Police documents allege that James Ayers and Nicole Okrzesik discussed killing Juliana Mensch and argued over what to do with her body online and in text messages.

Authorities said Okrzesik also opened a forum titled “could you kill someone in their sleep and no one would think it was murder” on GoLivewire.com.

Mensch was reportedly asleep on the floor as the couple trolled the Internet for advice. Police said Ayers and Okrzesik killed Mensch minutes later.

Okrzesik posted a photo of her and Ayers enjoying themselves at a bar in South Beach hours after they allegedly murdered the teen, according to the New Times.

The newspaper reported that the police documents also show an incriminating trail of text messages left by the suspects the day after the killing.

Ayers texted Okrzesik to tell her he was calling the cops if she did not come home to help him with the body, according to the records.

“Why the f— would you do that and ruin both our lives when we can just get rid of the sh— and move on,” Okrzesik responded.

Ayers continued to threaten his girlfriend several hours later. “We have a dead body in the house and you want to play?” he allegedly said.

The couple discussed what to do with Mensch’s body on Facebook March 26, according to the police documents.

“Can’t we just go dump it somewhere then take off,” Orkzesik asked.

Ayers was arrested on March 28, after telling a work friend that he strangled Mensch when his girlfriend failed to break Mensch’s neck.

Ayers “went into great detail as to how he strangled ‘Julie’ and left her body in a room that he was renting somewhere in Broward County where he and Julie were staying,” police documents allege.

Police said they found Mensch’s body after the couple’s landlord said she smelled something “dead” in Ayers’ bedroom, according to the New Times.

Ayers reportedly told his friend the smell was so bad that he had to move out of the room.

Okrzesik told the police that the murder was entirely her boyfriend’s fault when she was arrested on May 10.

Ayers is charged with first-degree murder; his trial begins June 25. Okrzesik’s case will go before a grand jury June 7, according to the New Times.