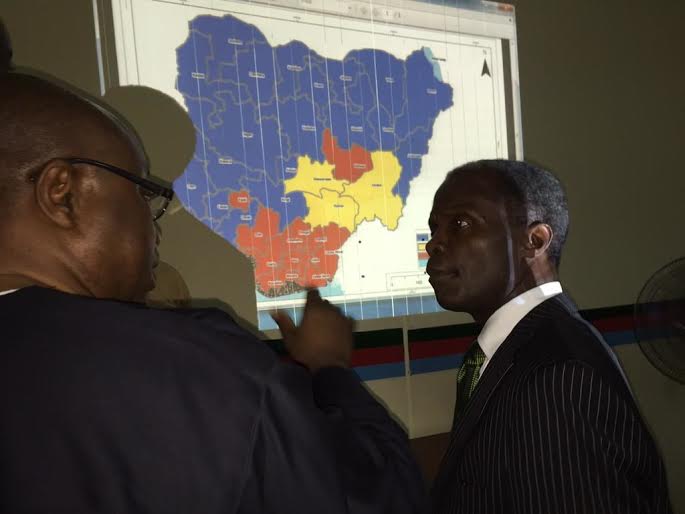 Goodluck Ebele Jonathan concedes defeat and hands over to President Muhammadu Buhari and Pastor Yemi Osinbajo of the APC.

This outcome holds the best promise for Jonathan who at least will be credited to have done one last thing right. This outcome may be tested with pockets of agitation from terrorist/militant lords. These will be easily controllable by a honest Jonathan presidency.

In this outcome Goodluck Jonathan will be able to “enjoy” two more months at the seat of power; with the keys to Nigeria’s billions.

Goodluck Ebele Jonathan refuses to concede defeat and rigs all the way, then announces himself as the winner.

This situation is most favored by the heads of service who are interested in holding power as evidenced by their interference in all stages of the electoral process including their prompting its postponement.

If Goodluck Ebele Jonathan rigs to victory and refuses to concede defeat, there will be predictable turmoil in the country and within days the military will over throw the government.

As mentioned, the military prefer this option as they will have officially sat on the throne and they will then pretend to be saviors. Goodluck Jonathan does not like this option so much, as his name and record will be forever tarnished even more with this and he may be jailed even by this very military before they are ousted or hand over to civilians.

The military takes over before results are announced. Goodluck Ebele Jonathan prefers this option as it will save him conceding defeat and being held responsible ultimately, by the cabal hawks who have been pressing him to fight to finish to save their empires, hold on the nation’s treasury and corrupt, impune lifestyles.

However the military does not like this option as it will predictably deny them of any credibility and support locally and internationally. This approach will also predictably lead to quick military power changes.

The Military and Goodluck Ebele Jonathan go it together; either delaying the election results, cancelling them all together or announcing the rigged results with the military standing by Jonathan.

In all world history except in Iran (due to the 1,000,000 strong, Basij paramilitary civilian army), every instance an incumbent denies a strong opposition his mandate rightfully or wrongfully, turmoil has almost always soon sacked the incumbent.

Situation 4 will lead to days to weeks to months of bloody civil and military disturbance in Nigeria which will ultimately predictably end only by the toppling of the Jonathan-Minimah government.

In all scenarios the people are implored to exert patience, be organized and united, and use peace as a weapon, ignoring all evil provocation. Not one innocent Nigerian must die. All eyes must be trained on the enemies of the state only.