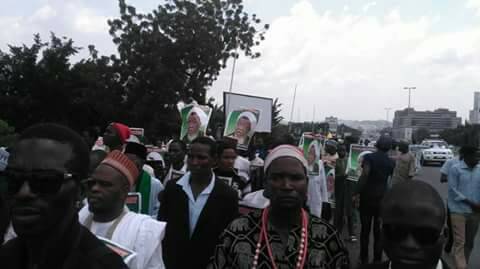 Today Wednesday, October 25, 2017 thousands of members of the Islamic Movement in Nigeria held a peaceful protest march along the busy Maitama District in Abuja demanding the release of their leader Sheikh Ibraheem Zakzaky under the watchful eyes of battle ready mobile policemen.

The protesters started the march at noon from Unity Fountain but were blocked from reaching the vicinity of Federal court of appeal Abuja by a team mobile policemen.

In a move that prevented any clash with the security agents the protesters took another route and ended their protest where it began the Unity Fountain.
The protesters were chanting various slogans including their dislike for the plan to hear the testimony of Sheikh Zakzaky in camera at the presidential panel investigating human rights abuses against the Nigerian Army that will sit in Abuja from 30/10/17 to 03/11/17.

Shaikh Abdullahi Ahmad Zango spoke to journalist after the protest march ended peacefully, calling on the Buhari administration to release Sheikh Zakzaky who is in dire need of medical care, almost two years after he sustained gunshot wounds from the Army’s attack on his home in Zaria, December 2015 that resulted in the death of almost a thousand people and destruction of his house and Islamic centres.

Some pictures of the protests 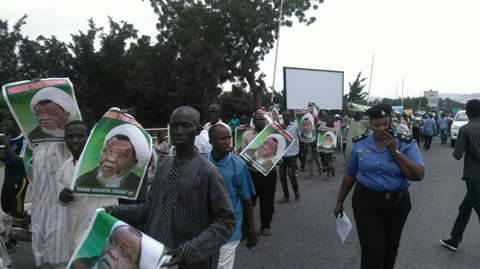 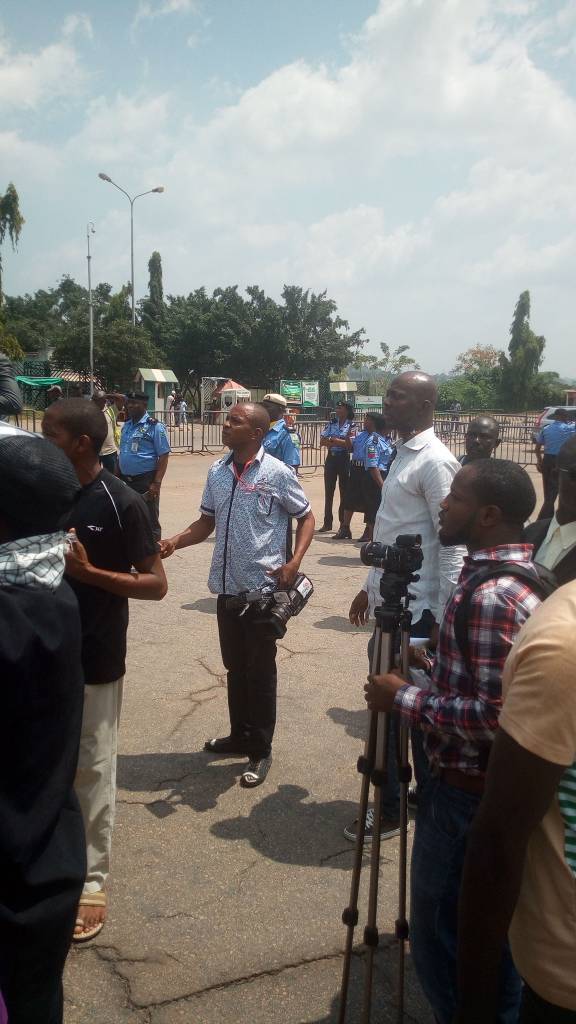 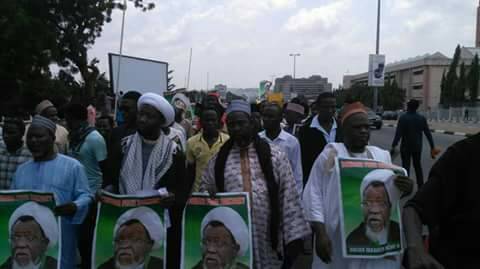 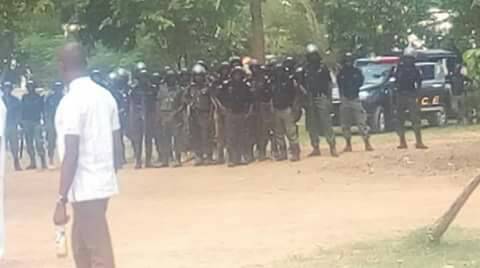