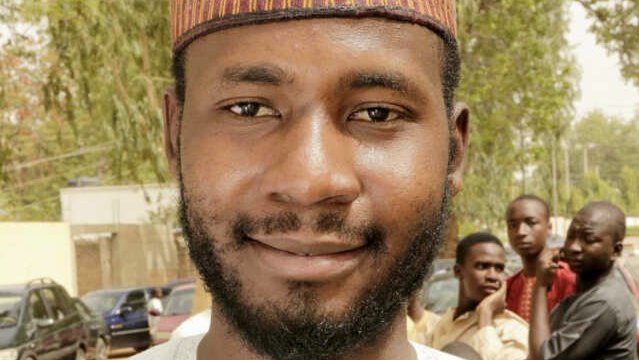 Those who know me know of my aggressive campaign against the Goodluck Jonathan corrupt government and my participation through various media activities and street protests to bring in the Buhari “change” government. I dedicated a lot.

Today two people I know personally have been violated by the same government I am yet hesitant to regret fighting to install. “Yet” is the keyword.

Popular pro-Buhari blogger, Abusidiqu Usman was the first, jailed illegally by the EFCC. I did not waste time heading to the Nigerian embassy in New York to stage a protest for his freedom.

But hardly had that case been forgotten than Jibril Mabai was detained by Katsina governor Masari. Mabai was locked up and has since, for about one month, remained illegally so for the “offense” of commenting that the Katsina governor saw it to build and distribute coffins with state funds. “Of all things, coffins is what Masari sees cardinal for the people,” Jibril asked. “Does he want them dead?”

The Katsina governor is reported to have declared that he will treat his critics like criminals.

Jibril Mabai is a close friend of mine who is an active member of ENDS AlmajiriProject and its Whassap group. Mabai writes and fights for Nigeria’s millions of abandoned children.

A foremost Nigerian blogger recently emailed me requesting my advice on whether they will be safe to publish an important article I sent that criticized government malfeasance. The blogger said they were very afraid of the current government. My heart sank. I could not assure them of their “safety.”

The impact of Buhari’s clampdown on the media and freedom of expression is taking effect. Nigeria is being closed up and closed out. State repression is taking effect with governors and government appointees and agencies fighting over each other to prove they are the most cruel to diversity and difference. It’s as though officials believe they will get the best rating with Buhari if they show they are the most above-the-law and oppressive and invasive of human rights and freedoms. The examples including massacres, “gestapo” invasions and illegal detentions are too many to list. 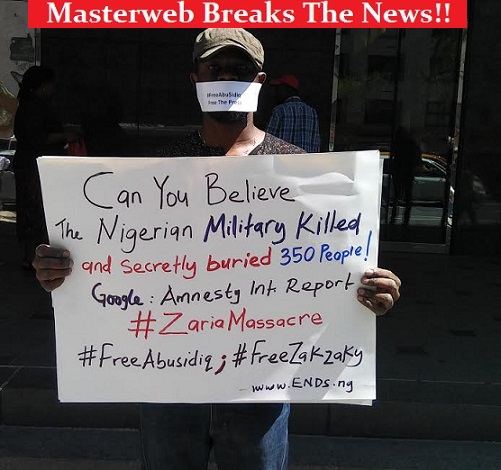 While I do understand the necessity to apply some degree of societal cleansing, you cannot break the law to make the law. No Nigerian, be he/she a private or public individual should ever be above the law. This is why though I am not a Shiite Muslim, my vocal condemnation of the murder of hundreds of Nigerians in Kaduna and their secret and concealed burial in a mass grave yet to be exhumed and investigated with none responsible yet reprimanded, is well known.

Where there is no justice there cannot be peace. Boko Haram, MEND, Niger Delta Avengers and most terror and militant organisations are a consequence of state injustice. These formations will be kicked out of society by the communities that host them if justice is observed at the top. They fester, are deadly and cripple the economy and life because of the oppression. I wrote extensively on this in the past: “Institutionalized Disadvantagement Not Poverty Is Reason For Terror in Nigeria.”

In Nigeria today, we have cases against top government officials including army chiefs and ministers that include properties in Dubai and Boston, million dollar boreholes, plagiarism and reported selling of influence by members of the presidency; and cases of nepotism involving the central bank and top officers right up to the #1 seat, and these are left ignored while the masses are locked up for constructive words they say.

At the head of the apex bank today is the same man who opened the vault for Jonathan, Dasuki and company to loot Nigeria dry and he wines and dines with the president while those of us that fought for change are incarcerated.

We have notable assembly heads serially indicted for sponsoring Boko Haram and harboring terror masterminds in their home through the years, gleefully ruling while a bereaved mother, Zeenat Zakzaky remains locked up for no damn reason. I can go on and on.

We will not be cowed. Fela called jail the inside world and the outside world the “craze world.” Locking us up will only embolden us. And killing us will immortalize us even if you secretly bury us.