Gwale local government youth have written an extremist letter to the government of the State requesting the demolishing of a killed Shia Muslim’s home on religiously intolerant based accusations.

The Youth had tried to burn down the home but had been stopped earlier before the letter was written. The letter claimed that no Shia Muslims were in their community and attacked Shia Muslims on the basis of their faith.

The Kaduna State government and Military have been accused of sponsoring a campaign of calumny against the Islamic movement in furtherance of the Zaria massacre with the killing of 1000 faithfuls. Meetings have been held and extremist society leaders sponsored to promote anti Shia Muslim attitudes in Nigeria. 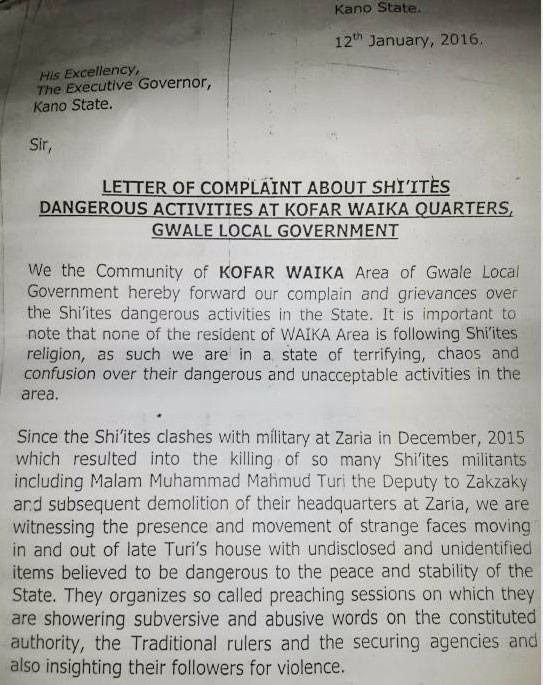 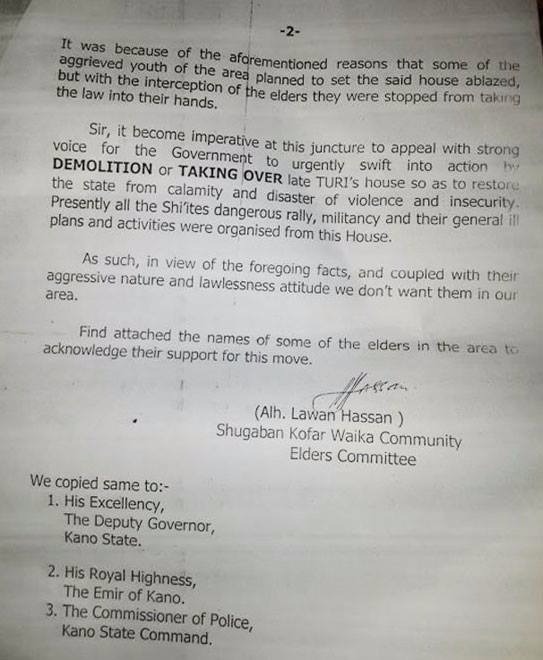