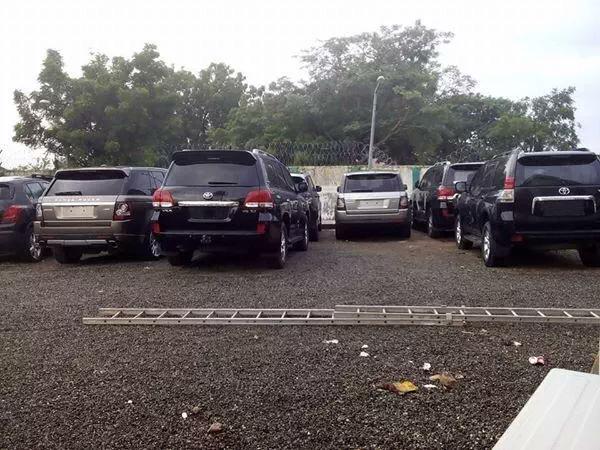 With no an iota of doubt, it is painful how our
siblings take over from where our colonizers
stopped in retrogressing the development of
our dear country, in fact, their unscrupulous
acts are likely to surpass that of the colonial
masters, being them an undeniable and
unexcluded factor toward finding ourselves in
the situation we are now.

As the News Agency of Nigeria (NAN) Recently
reported through the Accountant General of
Bauchi State ( Alh Abubakar Gabi), 8 to 10
years children were discovered as Teachers on
the pay roll of the state, this is indeed
disturbing to every patriotic citizen of Bauchi
state and Nigeria at large.

Such a treachery is one of the major reasons
that impoverished the education sector of our
dear state, also a reason behind the massive
failure of our sons and daughters in WAEC, NECO
And UTME, it is no doubt, that is one of the
reasons that made our brothers and sisters
especially those that attended public schools
to perform below expectation, and find it very
difficult to make it in the Universities and other
tertiary institutions.

According to also the Accountant General of
Bauchi state, who happens to be one of the
members of the verification committee revealed
that, 7,300 of the 29,000 school Teachers of
the state are ghost workers, what would pain
you more here is, even among the genuine,
screened and verified Teachers, almost have of
them do not possess NCE or any relevant
certificate capable of qualifying one to teach,
they are mostly non-consistent teachers and
focused much on their personal businesses than
their job, how would our sons and daughters
become learned or educated through such a
situation?

We have no doubt, a teeming jobless NCE
graduates and Degree holders among others,
but unfortunately those ghost workers, those
treacherous blocked them a way to exploit their
talent and earn a means of living, which as well
those graduates acquired their certificates
through a lot of hardships.

Government has to indeed develop a strategy
toward redressing and finding a perpetual
solution especially, with regard to teachers
whom their welfare has been belittled, what
state Government initially ought to do is the
replacement of those ghost workers with our
teeming jobless NCE Graduates, Degree holders
among others.

As Bauchi state Government recently revealed
on the 9th of March 2016, they discovered
19,241 ghost workers, which enabled them to
save almost 797.46 million naira as a result of
that verification, it would certainly yield a
better result, if the Government would exploit
such a gigantic opportunity to fill-up the great
vacuum of the education sector, as it recently
expressed its will and aspirations to do so,
through appointing the workaholic Deputy
Governor of the state ( Mallam Nuhu Gidado )
as the state commissioner of Education, and
the appointment of another vibrant and
hardworking, ( Professor Ibrahim Yahaya Yero)
as SUBEB Chairman.

As the Government vowed to punish the
perpetrators according to law, it is of great
importance for the Government to hurriedly
embark on bringing them to justice, to clear our
doubt, that Government carried out the
verification only to save and pocket the funds,
it would not violate the law, if Government will
compell all those that are involved in such a
treachery to bring back the money they enjoyed
through such an illicit way, and as well fire them
out of civil service, such a people who can
disguise and pocket a salary of about 20 or
more people are certainly heartless, and a big
threat to civil service, Ieaving them scot-free is
no doubt a greatest insult to every patriotic
citizen.

Government would continue enjoying our
commendation, when all culprits are brought to
justice and dealt with according to law, it is our
hope that Government would effectively manage
the opportunity created by this verification
exercise.