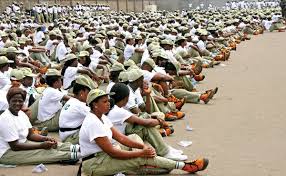 “In this game of politics, we must understand that match officials, and spectators are not the opponents. We must not direct our anger towards the wrong people.” – Solomon Dalung speaking on the death of Okonta Dumebi Samuel.

The need to re-create INEC, a body hitherto consumed in the shadow of Professor Maurice Iwu into a truly independent body required the erstwhile chairman of the commission, Professor Attahiru Jega to make key changes to its structure from top to bottom. Worth mentioning amongst the changes, which in all fairness proved to be the lifeblood the body needed to regain its lost glory (if there was any) were: the introduction of the Permanent Voters’ Card (PVC) and electronic card readers into the voting process, the employment of the services of heads of tertiary institutions as resident electoral commissioners (REC), and serving youth corps members as presiding officers (PO) and assistant presiding officers (APO) respectively.

With the job of the state collation officers requiring more of administrative and monitoring roles rather than field work especially in urban centres where transportation of logistics and staff are non-issues, there was absolutely no need for a REC to finalise the content of his will before undertaking this national assignment. But the situation becomes different when the roles of the youth corps member are discussed.

Unlike his professor, he sits in a completely different terrain. With one eye on the ballot box, the other on the card reader while at the same time flashes his brain intermittently between the thoughts of the sound of a gunshot and the possibility of him not getting his financial rewards after the poll, the fresh graduates who defy all odds whenever they are called upon to mount polling units across the nation are the ones we owe the most gratitude for the deepening and consolidation of our nascent democracy.

It is thus unfortunate that although these young souls carry on their shoulders the destiny of the nation each time they serve INEC, they are mostly left in the lurch even in communities known to be flashpoints.

In 2011, at least 11 corps members lost their lives in the post-election violence that went on unabatedly in several states of the north mostly targeted at youth corps members whom were thought to have carried out the bidding of the PDP. In Niger state, we lost Ademola Adejoke and Nwali Ifeoma; others like Adeniji Jehleel, Gbenjo Ayotunde, Ukeoma Ikechukwu Chibuzor, and Akonyi Sule, Teidi Olawale, Nkwazema Chukwunonyerem, Okpokiri Obinna Michael, Adowei Elliot, Adewunmi Paul got their bloods scattered across several states up on the Nigerian map.

These people were not only extra-judicially executed; their last moments on earth were the most brutal, painful and agonising as their lives ended with a fate that was underserving of the most insignificant creature under the heaven. While some were clubbed to death, others, according to media reports were dragged out of their lodges, tortured, butchered and burnt right in front of our very eyes – a fate the then president, Goodluck Jonathan perceived as “the supreme sacrifice.”

These names were not the only victims of the ballot as almost 100 youth corps members sustained varying degrees of injuries for daring to participate in the 2011 elections. Speaking on behalf of the scheme at the presentation of cheques to some of the victims, Mrs. Justina Andirya, the NYSC Coordinator in Niger, said “the Federal Government was pained by the death of the corps members and the sufferings of the injured.”

Yet, the NYSC – after losing at least 11 souls put in her care by parents who toiled so hard to send their wards to school – did little to withdraw the services of corps members from INEC’s subsequent activities even as it was clear that the latter, in the build-up to the 2011 poll was well aware of the volatile nature of the north and the impossibility of the fanatical supporters of gladiators to not resort to violence should results not go their way, and more damningly, the feebleness, nay, helplessness of our security agencies to protect themselves not to mention others when war looms.

Let’s read a speech in their honour, invite their families for a crying session, pay their blood monies, set-up a fact-finding committee, and then move on. That is why with almost N80m paid for blood and limb, the country went to sleep – one that would have annihilated more youths corps members in the 2015 elections had the poll not favoured the masses in most parts of the country.

With the Supreme Court affirming Nyesom Wike’s mandate, a man whose brashness and barbarity scares the shit out of the devil, coupled with the hubris and invisibility that comes with becoming a minister of the federal republic which Rotimi Amaechi exemplifies, not forgetting the litany of arms in the hands of the militants, neither INEC nor NYSC would deny that sending youth corps members to mount the poll in Rivers State was a suicide mission.

But due to reasons best known to Professor Mahmud Yakubu and Brigadier General Johnson Bamidele Olawumi, neither the war drum coming out of the Brick House nor Amaechi’s obsession at reclaiming his lost territory was sufficient for NYSC to sit with INEC to excuse youth corps members from the poll.

But with the fatal death of Okonta Dumebi Samuel, a graduate of political science from Ambrose Ali University, Ekpoma on Saturday during the re-run elections in Rivers State, the nation has once again failed to protect one of its own. Just as it happened in 2011, youth corps members were singled out for attacks by aggrieved persons. According to THISDAY, “the deceased was trailed and killed after he had submitted the election results to the local government office of INEC in Ahoada West.”

This is why the threat issued by Brigadier General Johnson Bamidele Olawumi over the murder of Samuel that the scheme might be forced to withdraw the services of youth corps members from electoral duties is a welcome one.

Coming into NYSC should never be a call to answer the angel of death. So it’s instructive to advise the leadership of the NYSC that until sanity prevails in the conducts of Nigerian politicians, the services of youth corps members should be withdrawn in its entirety from INEC. While we eagerly await the report of the findings of the security operatives, no one disagrees that the continued hostility of political gladiators towards defeat will not dissipate soon, hence a need to put an end to this memorandum.

We must never allow anyone else to be killed before taking further action.

It is worth saying that being a serving corps member, I’m well aware that this essay is a breach of protocol – but that’s the least of my worry. It’ll be a miracle if I complete my service year without an extension or at least a query anyway! A few weeks ago, a former colleague informed me that Dr. Karo Ogbinaka, the Deputy Dean of Students’ Affairs II of the University of Lagos once told him that he hoped I was not planning to return to the university for masters. As a fierce critic of the corrupt acts and human rights violations that go on unchecked in the university, it appears the school still cannot fathom how I managed to graduate in three years.

I would gladly welcome sanction of any kind from NYSC if that is the sacrifice that needs to be made to put an end to the murder of my serving brothers and sisters.