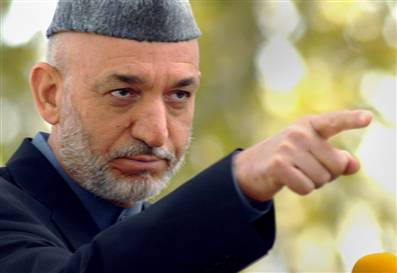 NewsRescue– The US legacy in Afghanistan is troubling to say the least. We recently posted an article that detailed how the US from 1980-1994 invested 53 million dollars in a University of Nebraska school book project that printed books designed to “teach Afghanistan children terror.” The Washington Post article captioned, “from U.S., the ABC’s of Jihad,” chronicled this event in detail. Though shortly after we released our article last December, describing the greater consequence of this US policy and play, and its pivotal role in the development of the terrorism culture that spread from Afghanistan to the entire world as we have it today, Washington Post seems to have taken down their 2002 article.

These school books spread to all schools in Afghanistan literally taught children terror, with unbelievable material like “A is for Allah,” “J is for Jihad,” and “if out of 10 atheists, 5 are killed by 1 Muslim, 5 will be left,” for maths. With guns, knives, grenades and severed Russian heads as the figures to count by. The extreme violent radicalism in Afghanistan is no accident it appears, but an imperial legacy.

But the US legacy has taken another unusual turn again. The New York Times in an article last week, described how the CIA dropped shopping bags of hundreds of thousands to millions of dollars, every month for over a decade, for Ahmed Karzai, the US stooge “elected” president of Afghanistan. This “ghost money,” as the Afghan’s call it is meant to help them govern with the many complexities, which include warlords that need to be bribed.

According to NYTimes, US officials described of this ghost money:

“The biggest source of corruption in Afghanistan”, one American official said, “was the United States.”

In response to the New York Times article, Karzai blessed the CIA and expressed his joy at confirming that the corruption money would continue to be showered upon them.

With Bags of Cash, C.I.A. Seeks Influence in Afghanistan

KABUL, Afghanistan — For more than a decade, wads of American dollars packed into suitcases, backpacks and, on occasion, plastic shopping bags have been dropped off every month or so at the offices of Afghanistan’s president — courtesy of the Central Intelligence Agency.

All told, tens of millions of dollars have flowed from the C.I.A. to the office of President Hamid Karzai, according to current and former advisers to the Afghan leader.

The C.I.A., which declined to comment for this article, has long been known to support some relatives and close aides of Mr. Karzai. But the new accounts of off-the-books cash delivered directly to his office show payments on a vaster scale, and with a far greater impact on everyday governing.

Moreover, there is little evidence that the payments bought the influence the C.I.A. sought. Instead, some American officials said, the cash has fueled corruption and empowered warlords, undermining Washington’s exit strategy from Afghanistan.

“The biggest source of corruption in Afghanistan,” one American official said, “was the United States.”

The United States was not alone in delivering cash to the president. Mr. Karzai acknowledged a few years ago that Iran regularly gave bags of cash to one of his top aides.

At the time, in 2010, American officials jumped on the payments as evidence of an aggressive Iranian campaign to buy influence and poison Afghanistan’s relations with the United States. What they did not say was that the C.I.A. was also plying the presidential palace with cash — and unlike the Iranians, it still is.

American and Afghan officials familiar with the payments said the agency’s main goal in providing the cash has been to maintain access to Mr. Karzai and his inner circle and to guarantee the agency’s influence at the presidential palace, which wields tremendous power in Afghanistan’s highly centralized government. The officials spoke about the money only on the condition of anonymity.

It is not clear that the United States is getting what it pays for. Mr. Karzai’s willingness to defy the United States — and the Iranians, for that matter — on an array of issues seems to have only grown as the cash has piled up. Instead of securing his good graces, the payments may well illustrate the opposite: Mr. Karzai is seemingly unable to be bought. Read more