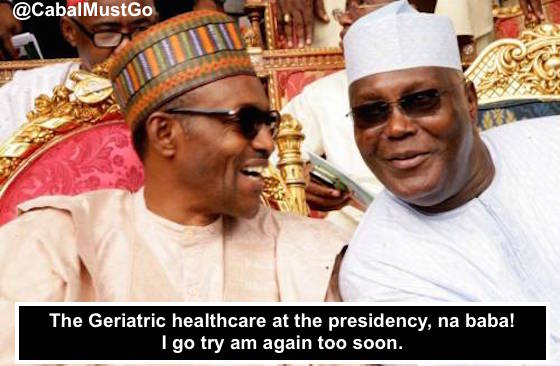 A leader is someone who looks into the future, and anticipates what challenges and promises the future holds, and prepares and leads people to it. A leader should not have to wait until problem arrives, he should prepare defensive mechanisms to avoid it in the beginning. It is easier to avoid problem than to fix it. Making reference to the ongoing fuel crisis in Nigeria, I would like to pay tribute to Late President Umaru Musa Yar’adua for being a role model leader. When he was on power, he anticipated fuel crisis ahead before anyone realises it, and he created defence mechanisms, he leased filling stations from private owners to ensure adequate outlets, he increased petroleum supply, and reduced the price of petroleum products. President Yar’adua reduced petrol price to N65 per litre, and at that time, international crude oil price was $65 per barrel, and as I write this article today, the international crude oil price is also $65 per barrel, but now petrol price is N145 and above per litre. There has to be a magic done by President Yar’adua to keep petrol price at N65 when crude oil price was equally $65 per barrel.

I felt disheartened with what is happening today. Seeing long queues on filling stations at this demand peak period is sympathetic and disappointing. What is more disappointing is the exploited price charged on poor consumers. At a time when real poverty is pervasive, and life is becoming more expensive, petrol price keep increasing as a result inflation and poor price control. Someone reported on Facebook buying petrol at a price more than N170 per litre, and this continues without adequate check. People now postpone economic activities and travels due to fuel crisis, which ruins the economy more. The torture and suffering people undergo is just beyond illustration, the depression lingers.

Nigerians deserve fuel subsidy; the way fuel subsidy was blackmailed and rashly executed gave no room to look at it from holistic point of view, rather than from narrowed and sentimental lens. A forensic petroleum consumption study was supposed to be conducted to identify actual consumption by Nigerians, and then identify the actual consumption by social classes, so that a targeted petroleum subsidy can be implemented. Targeted subsidy is the subsidy that targets the vulnerable, where a poor man can enjoy subsidy as a social investment. Instead of giving cash or food incentives to the poor, creating easy and cheap life for them is more important. Giving a poor person N5000 in an economy where inflation is 15.90% and fuel price is at least 49% higher is just like a single drop of water in a desert. Though social investment is good, but it can only be impactful given a conducive economic atmosphere.

Another option is subsidy quota, where every private petroleum consumer will be licensed and given a unique identification number (let us say like the BVN) with which every consumer can claim up to 70 litres (for car users) per month as subsidy, but the subsidised consumption can only be claimed on the registered vehicle and after biometric identification. For motorcycle users, a maximum of 20 litres per motorcycle can be allocated per month. Any consumption on those vehicles above these quotas will not be subsidised. Any other unnecessary demand will be at the consumer’s costs. What if someone used the other person’s allocation, for example, if I give someone my own subsidy allocation? Someone might ask. That is fine, as long as you agreed to a term to give someone your own subsidised product, and if that happened, two economic benefits have taken place. This subsidy quota will give authorities an idea how much to spend every month constantly for subsidy. The rate of subsidy can also fluctuate based on the government economic condition.

In leadership, a leader cannot use challenges as excuse not to fix issues. A leader is meant to face challenges and fix it. A leader is supposed to give hope to his followers by his actions, not by words. When disaster befalls, it is already too late to seek sympathy with words. Being proactive to avoid a disaster is what will earn a leader trust and confidence, but being proactive only after a disaster has already consumed people is little too late to get sympathy. Work speaks louder than words.
It is good for a leader to trust other’s abilities and seek constructive feedbacks no matter how much it pains. No one is perfect, but deliberately seeking constructive criticism is what will make one a better leader. A blind, confused and ignorant follower is the one that sees constructive criticism as hatred, constructive criticism is love. A360 degree feedback should give a leader all round and sincere feedback on his performance.

A leader must surround himself with competence not acquaintance, and the easiest way to lose control and influence is loose competency for loyalty. Leadership is a serious business, more important than any other, and it is the business that requires competence more than anywhere. A leader must then draw himself closer to different opinions and experience. A leader must come down and see by himself what is going on at grassroots level, he should not rely on reports or friends’ reports. A leader must be energetic and active to follow things as they evolve especially critical issues that affect welfare and wellbeing of the people.