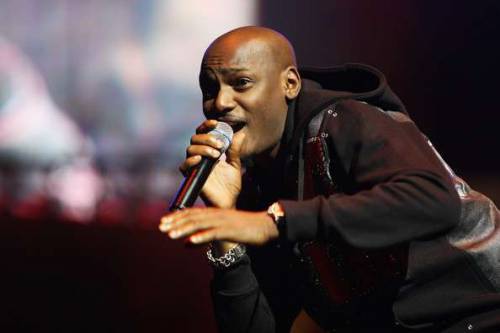 As Nigerians groan under a biting shortage of petrol, Nigerian artiste, Innocent Idibia, better known as Tuface or 2baba on Saturday called for a protest against filling stations selling petroleum products at unofficial prices.

This call however did not go down well with some Nigerians who are yet to forget how Tuface backed down on a similar protest he called for months ago.

A few Nigerians then believed then that he was browbeaten by top ranking security operatives to call off the protest.

“The one you will back down at the dying minute abi? Bros just drink water and mind your business”, a twitter user, Emeka Uduma wrote.

“Don’t start what you won’t finish”, another twitter user said.

“You again? 2face is a man known for jumping fence where it is very low…”, a user said.

“I just hope you won’t change your mind this time”, Onakunle Olayemi said.

In February, Tuface was to lead nationwide demonstrations against the harsh economic crisis facing Nigerians but announced its cancellation hours before the scheduled march.

He cited “security concerns” after police warned him against going ahead with the demonstrations.

The protests, led by civil society groups and activists went on nonetheless in Lagos, Abuja and Uyo.

Meanwhile the fuel scarcity has continued unabated in parts of the country, less than 48 hours to Christmas.

The scarcity has seen pump prices skyrocket from N145 maximum approved price per litre to as much as N400 at the black market.

Despite the glaring fuel crisis, Nigeria’s ruling party, the All Progressive Congress, APC said the product is available in abundance.

“There’s no ‘actual scarcity’,” the APC said in a statement on Twitter Friday afternoon to an astounded populace already groaning under the burden of lack of the essential product.

Fuel Scarcity: Tuface calls for protest, but Nigerians shut him down