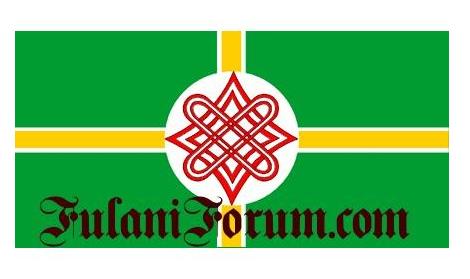 In lieu of your statement: NEF to Jonathan: You‘ve declared war on Northern Nigeria

We progressive youth of North Nigeria hereby assert that the Northern Elders Forum (NEF) does not represent the good people of North Nigeria. We are disappointed in the “elders forum,” and sincerely believe their pronouncement was made in haste and without proper consultation and consideration in error. We the youth of the Fulaniforum absolutely reject this position. Such a statement proposes to suggest that the NEF is in cohort with Boko Haram, an enemy of Nigeria, an enemy of the north and an enemy of Islam. The federal government has been forced into a position of war against a treacherous group that had progressively annexed major parts of a northern state with campaigns of terror killing innocent Muslims and Christians in reckless abandon.

We understand the frustrations of the NEF, being involved in a supposed dialogue. But we will like to challenge them to tell us what the success of their dialogue was and ask if during the dialogue with Boko Haram, had these wicked people shown consideration of the efforts and goodwill by initiating a temporary cease fire? Rather during alleged dialogue, Boko Haram went on more campaigns of terrorism and killed many innocent Nigerians and military men.

Can the NEF bring these people back to life? Certainly only Allah can. Does the NEF have empathy for those killed in recent days by this condemned cult and the families? As elders and Muslims, does our faith and responsibility defend such people? The greater question will be — does Islam have a place for discussions with people who kill and kidnap innocent men, women and children? The NEF has become embroiled in partisanship and ethnic aggravation. We Northern youth are progressive. We have suffered the most in the hands of all failed regimes. The elders now or in the past have never defended our interests. An opposing position is no position.

The noble Quran says what means:

O ye who believe! Stand out firmly for Allah, as witnesses to fair dealing, and let not the hatred of others to you make you swerve to wrong and depart from justice. Be just: that is next to piety: and fear Allah. For Allah is well-acquainted with all that ye do. – Al Ma’idah 5:8

This appears to be the situation of much of Nigeria today including the NEF, where we are fixated on a position of opposition rather than of a position of progress and protection of the values of our faith and human life.

These are names of a few victims of Boko Haram, who they have sent to their Creator:

And many more innocent victims. Is it the murderers of these people you choose to protect? The NEF was never so outspoken against the attrocities of Boko Haram against the good people of Nigeria. Our brothers and sisters who were being slaughtered by this wicked group of psychopaths who decided to become judge and executioner. Who violated the tenets of Islam. Who have brought endless pain and hardship to the entire northern region and Nigeria as whole, while being a stain on the religion of Islam. But now the NEF is stoking the fire of ethnic bigotry by jumping up to claim a war against the North. This is not our north.

We northerners would like to see this curse to the north wiped out Insha Allah. We are fed-up of your politics that puts politics before God and life of man. The Fulaniforum stands by the men of Nigeria’s military, while pleading with them to be most astute in conduct of their missions, we support you in carrying out this Godly mission against a virus in Nigeria.

As progressive northern youth, we will only stand for what is right under the banner of Islam and Nigeria our homeland. We reject representation that is harmful and purposefully divisive. We encourage the good Nigerians north and south to no longer remain silent under usurpers of leadership that destroy what we are as human beings and disobeys our human and religious laws.

It was related by Abu Sa`îd al-Khudrî that the Prophet (peace be upon him) said: “The best Jihâd is a word of truth in the presence of an oppressive ruler” [Sunan al-Tirmidhî]

The Prophet (sallallahu aleihi wa sallam) said: “Allah does not punish the individuals for the sins of the community until they see the evil spreading among themselves, and while they have the power to stop it, do not do so.” (Ahmad)

“The master of martyrs (sayyid al-shuhada) is Hamza, and a man who stands up to a tyrant ruler and gives him nasiha (advice). And so the ruler kills him”