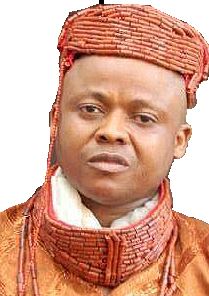 UBULU-UKU – DESPICABLE, abominable, horrible, detestable, repugnant, name it. But words are not enough to express the act that has caused agony for the people of Ubulu-Uku Kingdom in Aniocha South Local Government Area of the State.

Their monarch, HRM Akaeze Edward Ofulue III, abducted 19 days ago at about 4.00 pm, on January 5, 2016, by suspected Fulani herdsmen, was discovered stone dead 15 days after the creepy incident.

In Ubulu-Uku and other kingdoms, it is a taboo to kidnap a king, not to talk of killing him. Vigilante group members found his decomposing remains at the stomp of a tree in the bush at Umunede, Ika North East local government area, the boundary between Delta and Edo States.

Ofulue III, a lawyer, businessperson and an ardent Christian of the Deeper Life Bible ministry was driving with a young pastor of the church, who also served as one of his aides in his Land Cruiser Jeep, along the notorious Obior/Igbodo Road when the abductors struck at a disgracefully bad spot.  The bad spot, about 40 kilometers from his country home, has been a flash-point in recent times – many persons,   including two Catholic Priests were kidnapped at the spot by   suspected Fulani herdsmen, who more often than not lay siege there.

How we identified his remains

A vigilante group member, who pleaded anonymity, said they discovered two decomposing corpses in the bush but were able to identify the monarch “because of his beads and apparel,” adding, “The king’s corpse was found resting at the bottom of a palm tree.” The source, who was cornered by our correspondent in the community, said; “We could not identify the second body but the fellow had Hausa shoes on. This is a very challenging period for us in this kingdom. I was one of those who went in search of the king.” Read full on Vanguard