The recent denials by the northern governors and Sultan of Sokoto, of Fulani herders’ direct role in the Agatu and Enugu massacres that have seen hundreds dead, maimed and displaced and millions in property damage has already been debunked by a detailed report in one of Nigeria’s foremost investigative editorials.

In a report captioned, “Why we struck in Agatu — Fulani herdsmen,” published by PremiumTimes, “Saleh Bayeri, the Interim National Secretary of Gan Allah Fulani Association, rose in defence of his kinsmen, saying the February bloody conflict in Benue was a reprisal attack by his people against the Agatus who he accused of killing, in 2013, a prominent Fulani man.”

The “Gan Allah Fulani Association is an umbrella body of Fulani associations in Nigeria,” the report stated.

Mr. Bayeri in the report described as “crocodile tears,” the lamentation of the Agatu farmers who he called the aggressors.

While blaming some 20 suspected Tivs of killing one Shehu Abdullahi and carting away over 200 cows in 2013, the Gan Allah Fulani Association rejected Banue Senator David Mark’s appraisal of the Agatu massacre, accusing the senator of just realizing what a genocide felt like.

The Fulani association claimed that the killing of a mediating “prominent Fulani leader,” Ardo Madaki reverberated across all Fulani people in the whole of West Africa in 2013 and it was then that the clamour for revenge began to grow strong. It is this revenge that transpired with the 2016 Agatu massacre under Buhari’s watch. 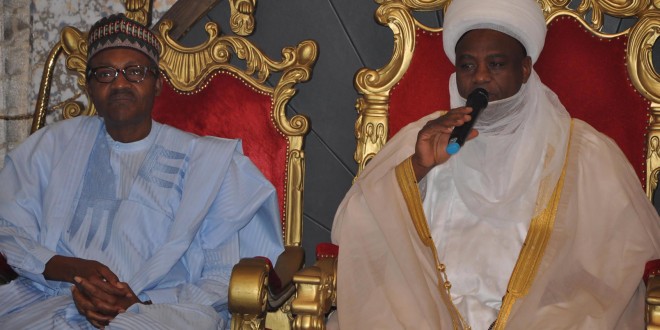 While ethnic branding of terror is not particularly tasteful and is discouraged, the denial by these prominent northern agencies, of self admitted responsibility by Fulani leaders, is a cause of worry in the interest of peace as this was what happened with Boko Haram, and the first step in properly addressing such deadly terror is acceptance and internal address by the governors and Sultan who have power over these citizens under their zones and leadership.

While the mercenaries consist of all types of foreign fighters, the question is: who hired them/who sponsors them. It appears they are employed to fight in areas where some herders feel cheated.

The Ijaw youth organisation chided the northern governors’ denial stating that Niger Delta terror groups vandalizing pipelines are so labeled and not called “Yoruba herdsmen,” or other inappropriate names.

The Afenifere Yoruba cultural organization questioned whether human blood flowed in the veins of the northern governors, wondering how and why they should continue to occupy the same country as such “insensitive” people.

A video purportedly made by Fulani terrorists claimed membership across the states of the nation and support within government offices including the Department of State Security.

Some translated content on the video is as follows:

“We are Fulani herdsmen declaring war against any tribe, be it Hausa or any tribe that has being subduing us. We are everywhere in Nigeria… Zamfara, Sokoto, Katsina, Niger, Kano, Kwara, Oyo, Anambra, Kebbi. Our mission is to destroy souls and claim their properties, especially those of the Hausas and other minority tribes that have ganged up against us to steal our cows.

“We will spill [the] blood of everyone in any community that kills one Fulani man. We are armed to the teeth and ever battle ready for any security agencies, if at all there is, because we have brothers in government circles. We have, on our side, top ranking officers, emirs, and what have you on our side and they are always willing to divulge secrets to us.

“Our people are in the military, the police, the secret police [Department of State Security Services], and many more.”

Nobody Can Stop us Grazing In The South

Meanwhile, the Chairman, Miyetti Allah Cattle Breeders Association, Plateau State, Mr. Nuru Abdullahi, has just told Punch that nobody could deprive Fulani herdsmen of their constitutional right of free movement. This as several groups have threatened Fulani herders over the recent massacres.

The situation in Nigeria is tipping and the Nigerian government does not seem to be paying the right attention.