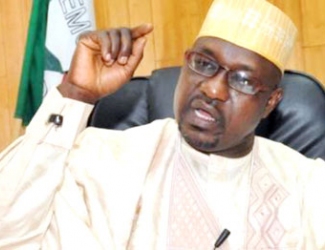 According to Gulak, the Fulani herdsman is a peace loving person who goes about doing his normal cow rearing and the highest weapon with him is a dane gun.

He therefore said the current killing of innocent Nigerians in some parts of the North down to the South East of the Federation shows that there are Fulani militants who are Boko Haram in disguise.

He therefore urged the Government to take the issue of security seriously as the recent killings in Benue, Enugu, Adamawa, Plateau and Kaduna States go beyond Fulani herdsmen attacking Nigerians.

He said it is Boko Haram by extension.

Gulak also reacted to the security situation in Michika town of Adamawa State, where before the onslaught of Boko Haram insurgents, the weekly market day used to be one day for all, but it has been divided to two days due to the distrust and suspicion among returnees of the town.

He said the development has degenerated to having two days currently for the weekly market, with one day for the Muslims and another Christians.

He said this can only happen under a government that lacks seriousness.

Gulak, who spoke to journalists in Yola, the Adamawa State capital, said the reason for such growing threat was because the state government was insensitive to the people’s plight, adding that if the government was serious, it would have nipped in the bud the situation at its early stage.

He said: “The market does not belong to any tribe or religious affiliation, but it belongs to people who come to buy and sell.

“So as a serious government, it should not allow that to happen.

“That thing that happened in Michika is because the government of the day is not a serious government.

“If I am a governor, why will l allow that to happen?

“Whoever is involved will be dealt with.

“l will decide the day of the market.”

Gulak said: “Government does not mean road construction and sitting in Government House to disturb the masses with siren.

“Governance is a very serious business and protection of lives and property, peace and unity.

“If the government had been serious as early as possible, it will have nipped the problem by giving a strong order because nobody is above the law.

“We should not play politics with such a thing like security.

“However one of the growing threats due to the effects of the Boko Haram insurgency in the state is that of distrust and suspicion among the returnees in some liberated communities, especially Michika, as currently some of the returnees are seen by their neighbours as members of Boko Haram.

“This a time bomb that might exploit at any moment if something is not done to address the issue.

“Whether Christian or Muslim, we are Nigerians.”