Lt. Colonel Muhammed Abu-Ali was killed in an ambush at Mallam Fatori, a major terrorist strong-hold by Boko Haram terrorists. His team was ambushed while returning to the battle-font after going for reinforcement.

Lt. Col. Abu Ali was the commanding officer of the 272 Tank Battalion, and reputed to be army’s bravest commanders and fighters engaged in Nigeria’s war against Boko Haram.

Sources had mentioned according to the Press that his murder with four other soldiers was possibly a set-up with insider leaks to the terrorists who had been informed that the Nigerian army had thinned out the lines in the battlefront. 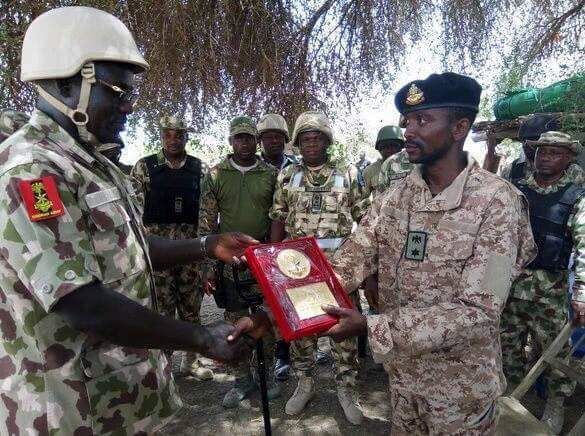 More sad is the fact that the young soldier who had been promoted for his gallantry and was already a Lieutenant Colonel, had requested to be rotated out of Borno as he had been engaged for four straight years without break. His request was turned down.

Military soldiers are not recommended to spend more than one-year in active battle duty tour according to best practices. While Nigeria’s army are allegedly stretched thin in the battle, four years is “criminally” excessive, military officials told NewsRescue.

Furthermore, Lt. Col Muhammed had been suffering from near deafness as a result of constant gunfire in the war zone. This however did not help in getting him transferred out and sent for medical attention.

A Special Adviser to the Presidency, Ife Adebayo had this to say:

7. The American military deploys soldiers for 6 months, maximum 1 year in battle & rotate. This is standard practice even for @DefenceInfoNG

The death of this gallant soldier, husband and father is expected to decrease the morale of Nigerian troops in the battle front.

How it went down yesterday•• sorry can't post pictures of deceased due to security reasons. pic.twitter.com/Vth7mcnUSO 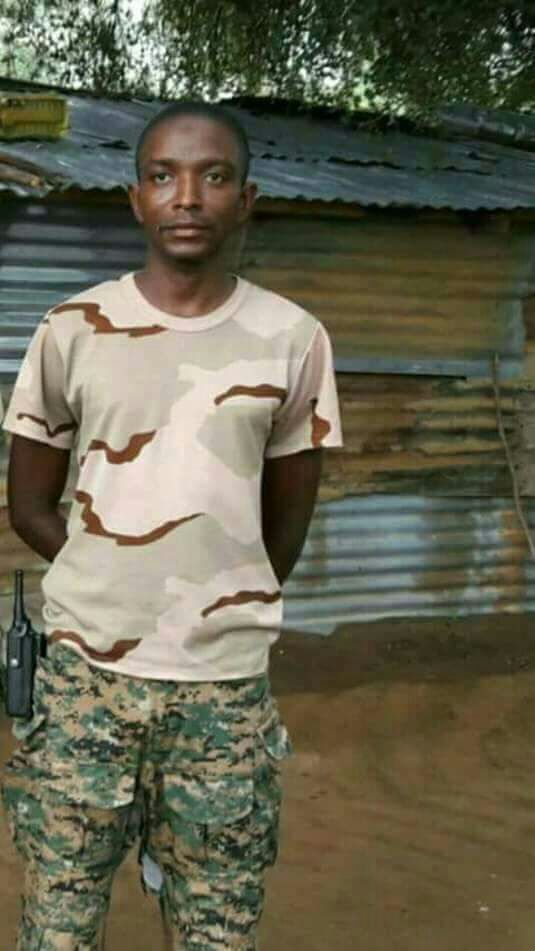 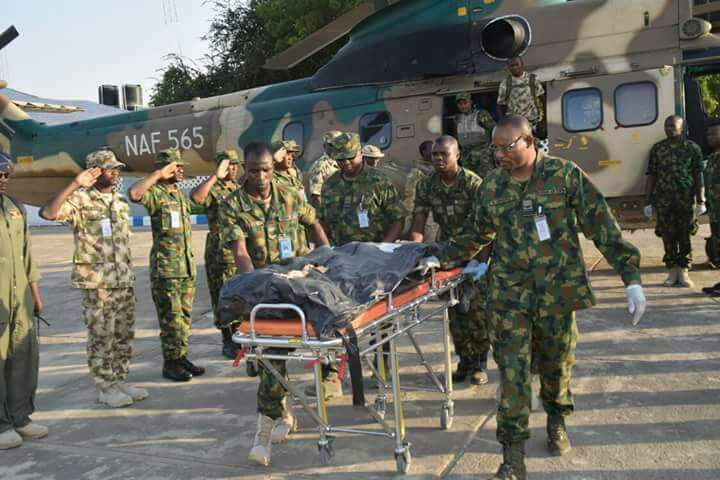 His last word to us•• Pray, stay Alert and Stay Alive• if someone must Die let it be me•• never knew u saw it coming pic.twitter.com/YYl3flHeY9

A tribute from Mr. Jamilu Lawan.

NSA joins millions of well meaning Nigerians in mgourning the death of one of the Nigerian Army’s most gallant officers, Lt. Col. Muhammad Abu Ali who lost his life in the battle front fighting ‘massengers of darkness’ trying to bring back peace to our fatherland.

Abu Ali, A potential Chief of Army Staff, A recipient of the Chief of Army Staff’s Award for exceptional bravery and excellence, A face of the campaign against Boko Haram which embodied commitment, loyalty, service and hope for a better, peaceful and prosperous nation, A gallant, battle tested and trusted patriotic soldier of the Nigerian Army, A winner of accelerated promotion from rank of major to lieutenant-colonel in September 2015, for his brilliance and courageous performance in a series of the army’s engagements with Boko Haram. He led many of the army’s fiercest-ever battles with Boko Haram and units that recovered Gamboru-Ngala, Baga and several communities from the terrorists in the Army’s Operation Lafiya Dole (Peace by force).

Ali, nicknamed, Sarkin Yaki (Chief Warrior or Lord of War), was the Commanding Officer, 272 Task Force Battalion at Mallam Fatori in Northern Borno. He died in confrontation with suspected Boko Haram terrorists who attacked 119 Battalion, Nigerian Army location at Mallam Fatori on Friday (5/11/2016), in a failed attempt to capture the town.

Where others are busy eating people's sweat•• there u are fighting for the peace of our dear Nation•• Rest on Boss pic.twitter.com/vgXpGgXrFK

“He served our nation with unwavering commitment and dedication, paying the ultimate price so that millions can sleep on their beds in peace”.One of the soldiers, who partook in the Baga operation, narrated his experience to TheCable:

“In the case of Baga, when it was recaptured from Boko Haram, Abu Ali, who led that operation, told the soldiers that they should not worry, that they should only do five percent of the job, that he was going to do 95% of the job with the tanks,”. “And that was exactly what happened. He did most of the work with the tanks. He was a major at that time and his promotion after the operation was automatic because he performed very well. One smallish guy like that o.
“After they recaptured Baga, the soldiers were so happy that they raised him up, telling the president to elevate him to the status of colonel, not even lieutenant-colonel, because he really performed; he tried. Even recent operations in Sambisa Forest, he led some of them”. “He led us with the T-72 when we advanced to Monguno and Baga. “After he collected those places in 2015, they took him to Sambisa; we went with him to Sambisa.

Those in Sambisa, said “The man is very active; very active. And he is a very calm and intelligent person. He doesn’t brag, he knows his job and he is very simple.

How do u feel seeing someone u love, ur role model, ur Mentor dying in Cold Blood right in ur eyes•• RIP Serki Yaki pic.twitter.com/wnlfDPROBF

As patriotic, educated, well meaning Nigerians abroad, we can’t afford to only mourn and celebrate political, royal, ethnic and religious leaders and rulers, many times ‘celebrated thieves’, while we forget our truly selfless and patriotic heroes. Ali is a hero and a source of inspiration to us and millions of Nigerians praying for the speedy end of the degraded and defeated Boko Haram and insurgency; who wish and mean well for Nigeria.

We should be and we are deeply pained at the loss of one so selfless and committed to routing these misguided elements, messengers of darkness, anti-humanity, anti-religion, world’s most brutal terrorists group, Boko Haram that have cost so bad the name and image of our Only Country and it’s citizens home and abroad from the country.

We pray God, The Almighty to grant him eternal forgiveness, mercy and peace; and grant his family and the Nigerian Army the fortitude to bear the loss. May He give us more Abu Alis; and strengthen and protect our security officers who sacrifice their precious lives to secure us and our nations.

MAY YOUR GENTLE SOUL REST IN PERFECT PEACE ABU ALI

Lawan Jamilu A.
For: NSA