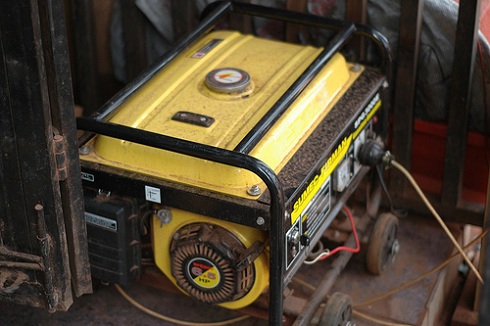 Unstable electricity in the country may have more negative effects on the lives and health of Nigerians, as a Professor of Obstetrics and Gynaecology at the University of Ilorin has  said that one of the alternative power sources to which many people now resort during power outages, is a potential cause of infertility.

Prof. Abdul-Gafar Jimoh said, “Excessive use of alternative energy leads to the release of hydrocarbons and they are having far-reaching consequences on the sperm production process in men and the ovulation process in women”.

“In our society, the level of pollution that we are witnessing now cannot be compared to what we saw in the 70s and 60s. Almost every other house has a generating plant and when there is no public power supply, they all release fumes and pollute the air.”

The internationally renowned expert defined infertility as “inability to  establish a pregnancy  within a specified time,  usually one year, in a  couple having regular  unprotected sexual  intercourse”.

He also revealed that infertility is currently on the increase in Nigeria, pointing out that it is as high as 20-25 per cent of married couples, adding that one in every five couples has fertility problems.

“At this age, reproductive function is already declining”, he noted, adding that “for somebody who is between 16 and 21 years, fertility is almost 75 per cent. By the time he/she gets to age 40, fertility has declined to eight per cent.”

The Consultant also explained that “a higher percentage of women are having fertility problem because they are not marrying early; if they marry early, the problem should be less”.

The don, however, challenged men to realise that they are directly responsible for infertility in up to 40-50 per cent of cases, advising men to avail themselves of the opportunity of treatment options.

“They (men) should drop the toga of ‘it can never be me’ ”, saying that in established cases of female involvement alone, men should take more care of their infertile wives.

Lamenting that budgetary expenditure on health in the country is very low compared to the World Health Organisation (WHO) recommendation, Prof. Jimoh called for political will on the part of governments at all levels to improve the lot of women.  He advised that special health programmes should be targeted at tackling STI in both sexes, puerperal sepsis in women, while effective family planning services would go a long way in stemming the tide of preventable infertility in the country. He said that these services should be further strengthened at the primary care levels across the country.

The professor also recommended that medical service of infertility treatment should be subsidized by the government at all levels. While noting that some people may argue against this in view of the country’s perceived or real overpopulation, Prof. Jimoh stressed, however, that “for those women who do not have the fruits of the womb, no efforts from the government are too much.”

He, therefore, tasked the Nigerian Medical Association (NMA) to intensify efforts towards ensuring that the National Health Bill, which he said has adequately taken care of many of the issues raised, is signed into law by the President soonest. He also challenged the Society of Gynaecologists and Obstetricians of Nigeria (SOGON) to be at the forefront of the treatment and prevention of infertility in Nigeria while suggesting that SOGON and FIGO play advocacy roles in ensuring that governments, NGOs etc sustain their roles in maternal and child health.