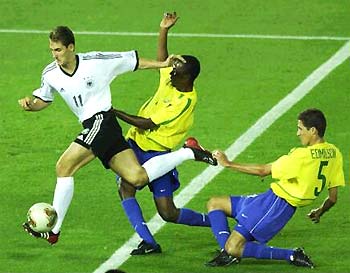 Germany advanced to the World Cup final on Tuesday night, shocking the hosts with five unanswered goals in the first half to eject Brazil, 7-1, from their own tournament.

It was the biggest margin of victory ever in a World Cup semifinal — and it will rank as one of the greatest humiliations ever for the proud nation of Brazil. It is not a stretch to say that every player in this game will be marked by this result forever.

”We wanted to make the people happy … unfortunately we couldn’t,” said Brazil defender David Luiz, who had scored in each of the last two matches. ”We apologize to all Brazilians.” 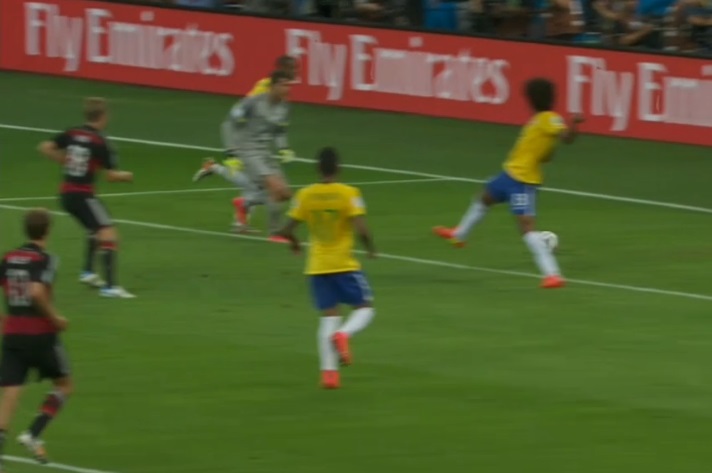 The Germans put on a show that will have historians reaching for superlatives. Their five goals in just 29 minutes was the fastest ever in World Cup history, their seven of course the most ever in a semifinal. But this also was a total collapse for Brazil, an abdication that will be chewed over for decades. Sure, they were without their star player, the injured Neymar. And yes, they had also lost their captain, Thiago Silva, to suspension. No one was under the illusion this was a vintage Brazilian side after they had been taken to penalties by Chile in the Round of 16, and struggled against a tough Colombian team in the quarterfinals.  Read more