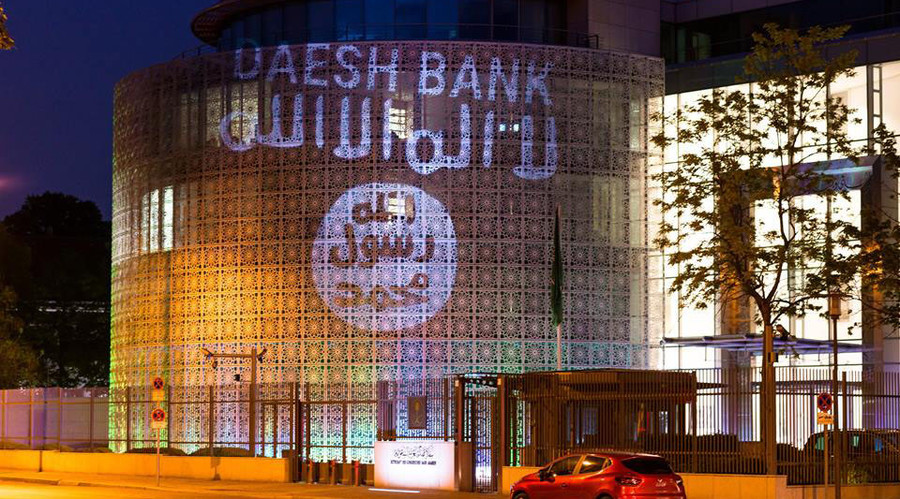 The embassy of Saudi Arabia in the German capital has been decorated with an ISIS flag and labeled the “Daesh Bank” in a projection stunt performed by human rights activists in an effort to draw attention to the kingdom’s purported links to terrorist organizations.

Although Saudi Arabia plays one of the key roles in the US-led coalition aimed at eradicating Islamic State, the kingdom has faced criticism from its western allies for not making enough of an effort in the fight against terrorism.

The kingdom has been regularly accused of supporting and financing various extremist groups serving their interests in the region. A 2009 memo published by WikiLeaks revealed that Hillary Clinton, who was back then the US Secretary of State, said that Saudi Arabia had been financing ISIS, Al-Qaeda and the Taliban. Saudi Arabia shrugged off the allegations, underscoring the initiatives it undertakes to prevent people from financing the terrorist groups. RT