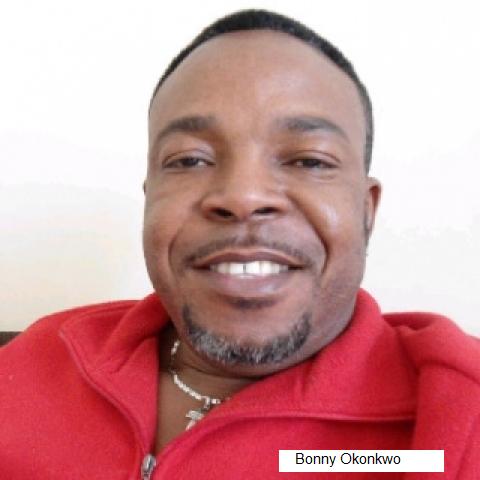 An online comment about a powerful controversial politician and businessman lands a South Africa-based Nigerian businessman in trouble: police harassment and prolonged detention.

On July 13, four days after arriving Nigeria from his South Africa base, Bonny Okonkwo was attending a business meeting in Surulere, Lagos when his phone rang.

The caller on the other end announced that he was a police officer from the Special Anti-Robbery Squad, SARS. The officer ordered Mr. Okonkwo to race back to his Mushin apartment immediately for an arrest.

When he arrived his apartment, half a dozen fully armed and stern looking SARS officers were waiting with AK 47 rifles on their shoulders.

They dragged him from his car, pinned him to the floor, handcuffed and loaded him into the trunk of a waiting SUV and drove off, in commando style.
Defamation arrest
After he was offloaded at an Ikeja police station, a divisional police officer informed him, for the first time since his ordeal began, the reason for his abduction-like arrest.

A Nigerian ruling party politician and billionaire businessman, Emeka Offor, had petitioned the police complaining that Mr. Bonny defamed him in a contribution he made in an online discussion forum.

The Inspector General of Police, Mohammed Abubakar, had ordered his arrest and detention after Mr. Offor petitioned the police boss through Fortress Solicitors.

The police dragged Mr. Bonny to the station’s counter, documented, stripped and pushed him into a holding cell where he spent six days in solitary confinement.

Mr. Offor, founder and Executive Vice Chairman of Chrome Group, a Nigerian conglomerate with interests in oil trading, biofuels, dredging and logistics, made the donation during the 2013 Rotary International Convention in Lisbon, Portugal.

While the global giving community celebrated the emergence of another cheerful giver, Mr. Offor’s gift to the Rotary International sparked a heated debate among his folks, in an online forum for his kinsmen – a group e-mail forum, Mbala Obodo, hosted by an association of Oraifite indigenes known as ocean-anaedo on its website.

A good number of those who participated in the discussion praised Mr. Offor for the donation. Others were however not impressed, nicknaming him “Donatus Portugal” and criticizing him for the donations.

The dissenting voices also made reference to what they called Mr. Offor’s ugly past, especially his alleged history of bank loan abuses, and the poverty, unemployment and underdevelopment that lingers in his ancestral home.

“In part of Igbo where this fella comes from, I am sure there is no clean drinking water,no steady electricity, no hospital,” Mr Bonny said in his post in the forum.

“From my own point of view, this is display of the highest stupidity and wickedness at the international level,” Mr. Bonny said. “If Nigeria is like America or Britain, he will be arrested on arrival and taken to court for fraud. How can a man that defrauded one of the failed banks in Nigeria over 5Billion as loan, but refused to pay this money so that the poor depositors can get their money back, go to another country to donate one million dollar, and some people are clapping their hands for him on this forum? Even though I don’t know his state of mind when he was making such donation, I guess madness like.”
Mr. Bonny’s post stood out from all the dissenting voices in the forum and immediately drew Mr. Offor’s fury.

Mr. Offor got his attorneys to write him, demanding he retracts the post, publish an apology in three Nigerian national dailies and on the web. Mr. Offor threatened legal actions if his demands were not met within 24 hours.

Mr. Bonny, confident he had said nothing new about Mr. Offor, replied the billionaire asking for a date in court.

“All I have said are in public domain and can be defended in court,” he told the businessman.

Mr. Offor was indicted by the senate in one of Nigeria’s largest insider credit abuse that saw 13 banks collapse with N188 billion of depositors’ funds.

The businessman was a director in the liquidated African Express Bank Plc. He unduly used his position to acquire loans totalling N7.5bn, a senate report on failed Nigerian banks said.

Only about N3.6bn of the loan was recovered.

Mr. Offor is also a major financier of Nigeria’s ruling Peoples Democratic Party and a major contractor with the government.

On the seventh day, he was moved to another cell out of Ikeja, where he spent another night before the police shipped him up north, to a cell in Garki, Abuja – Nigeria’s capital city.

After arriving the Abuja cell, on the ninth day in detention, he was given his first breather, a “restricted” opportunity to reach out to his lawyers.

All along, his family was only able to keep tabs on his changing location through snippets of information discreetly fed them by concerned police officers.

On Thursday, 13 days after he was arrested in Lagos, the Abuja police command dragged Mr Bonny before a magistrate court on the outskirts of the city, where he was charged for defaming Mr. Offor.

Mr. Bonny arrived the court in a police van, with police prosecutors, but without his attorney.

“The police did not inform us they were charging him that day,” Mr. Udedibia said.

At the court, Mr. Bonny informed the judge that the police had denied him access to legal representation. The judge suspended the case by 24 hours, ordering the police to allow the victim access to his lawyers.

The following day, his lawyers presented an application for bail. After hearing the bail application in the morning, the judge requested time to consider the case and rule on the application.
Hours later, just before the weekend kicked in, the judge sent a clerk to inform his lawyers and family that he was attending to a pressing matter and could not deliver judgment that day.

Mr. Bonny was dragged back to his cell where he would spend the weekend.

Illegal detention
The Nigerian laws permits the police to hold a suspect for only 24 hours – and 48 hours where there is no court within reach – before pressing charges.
Mr. Bonny was held for 13 days, eleven days more than what is allowed by the law.

But the police have, in several cases broken that law, holding victims for longer days, especially if the victims were up against influential accusers.

When asked about Mr. Bonny’s prolonged incarceration, Emeka Offor’s lawyer, Godson Ugochukwu, who signed the petition on which the police based its July 13 arrest  of the businessman, was evasive.

Mr. Ugochukwu said the victim’s detention was a matter before a court. He also denied Mr. Bonny was ever held incommunicado.

The Federal Capital Territory  police command, which is currently prosecuting Mr. Bonny curiously denied knowledge of the case. Its spokesperson, Altine Daniel, suggested the case was not been handled by her command.

Frank Mba, Force spokesperson also said he was not aware of the case. When pressed for justification for prolonged detentions, he argued that every general rule have exceptions.

“Each case is treated on its individual merit,” he said.

Mr. Bonny’s family and kinsmen in the Oraifite community of Anambra state are deeply saddened by the billionaire’s use of state authorities to intimidate and incarcerate Mr. Bonny, Fidelis Okonkwo, the victim’s younger brother, said.

“Whatever he is accused of, he should have been charged a long time ago,” Mr. Okonkwo added.