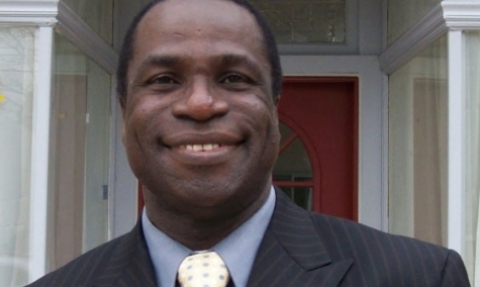 Dr. Fashakin is an older brother of Rotimi Fashakin, former spokesman of the defunct Congress for Progressive Change (CPC) arrived on Arik airline flight into Lagos only to be detained by the SSS.

The doctor, who is also a lawyer, is well known on Nigerian listservs for his comments on the state of affairs in Nigeria.

His lawyer, Bamidele Aturu confirmed the arrest and subsequent release an hour ago to Saharareporters, stating that he was held for several hours in the custody of the SSS both at the airport and its Kingsway road offices in Ikoyi Lagos.

The arrest of Dr. Fashakin offers evidence that the Goodluck Jonathan government is opening a new front not in the war against Nigeria’s problems of which it has become a part, but on critics of bad governance.

In his letter to the Director General of the SSS, which was copied to the Chairman of the National Human Rights Commission, Mr. Aturu called for his client to be released immediately.

He pointed out that it is indefensible to subject a person who had been on an eleven hour non-stop flight to the physical and psychological stress of detention which cause is not divulged for hours.

The lawyer also stressed that the detention constitutes an unwarranted violation of the right of Dr. Fashakin to respect for the dignity of his person and not to be subjected to inhuman and degrading treatment as guaranteed by section 34 of the Constitution of the Federal Republic of Nigeria, 1999 as amended, Articles 4 and 5 of the African Charter on Human and Peoples’ Rights and all other International Human Rights Instruments.

“Since no reason has been advanced for the detention of our client, we want to believe that it has nothing to do with his well-known expression on the internet of opinions about how to advance democracy in Nigeria and ensure that our people are rescued from the abyss of inexplicable poverty occasioned by greed and graft,” he said.  “Whatever may be the case, we would like to make it clear the arrest and detention of our client is unacceptable and that we shall implacably seek all possible and known legal remedies on his behalf.”

Demanding that Dr. Fashakin be released within 24 hours, Mr. Aturu said he would otherwise be compelled to take all lawful and necessary steps to ensure that the rights of his client are protected, including going to court.

It would be recalled that only last week, President Jonathan threatened to sue SaharaReporters for libel for reporting on the seedy and corrupt tendencies of his government.

“As unregulated as they are, SaharaReporters and their ilk are not beyond the bounds of legal action for libel and willful defamation of the character and reputation of a President who has courageously stepped forward to serve his country,” presidential spokesman Reuben Abati said.

Nigerians believe Mr. Jonathan’s government to be the most corrupt and hypocritical in the country’s history, and even his former Internet fans who supported him in the 2011 elections continue to say so in various fora.