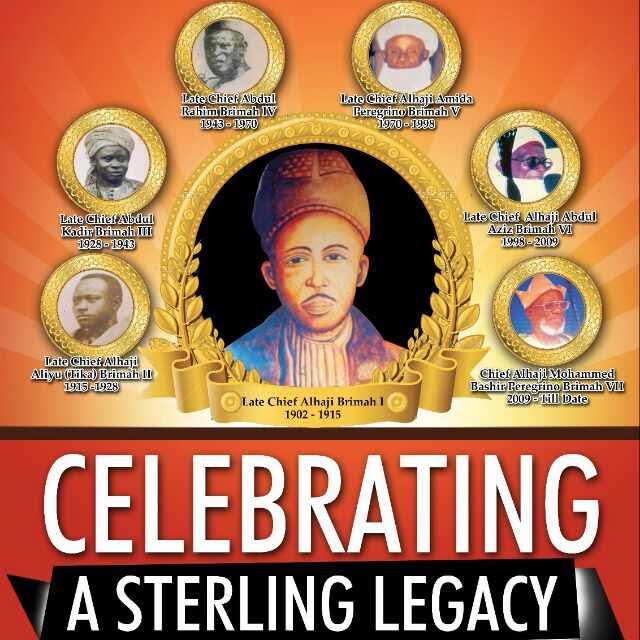 In a pomp filled occasion, Nigerians, Ghanians and other guests celebrated the 100 year peaceful legacy of migrant African Chief Brimah the 1st in Accra this weekend. Chief Brimah I who migrated to the Gold coast from Nigeria, passed in 1902.

The occasion was attended by Ghana’s high chiefs, the Ga Mantse, a representative of the Nigerian High Commission among others. Addresses were given by the Mayor of Accra, Alfred Oko Vanderpuije the national Chief Imam Sheikh Dr. Osman Nuhu Sharubutu, Chief Brimah VII, other distinguished members of the Brimah family and invited guests.

As with all occasions of the Ghana Yoruba chiefdom, it was a day to celebrate beautiful African culture, integration and harmonious coexistence of interrelated cultures and the peaceful and progressive growth and development.

In the early 19th century, pockets of Yoruba’s from the old Oyo Empire and environs, migrated to the Gold coast out of adventure and in search for new habitation. Others went with trade in mind. The first group of Yorubas arrived in the Gold Coast around 1813 and initially settled in such places as Accra, Kumasi and Sekondi before moving to the northern part of the Gold Coast, especially Tamale, Wa, Lawra and Nandom.

There are several prominent families that left different parts of South-west Nigeria and settled in the Gold Coast. The Alawiye’s is one such large family. One of the noted migrations was that of Chief Ibrahim, whose name was later Anglicized to “Brimah.” He set out from Ilorin with a retinue which included Alhaji Girigisu, Alhaji Shaibu, Alawiye’s, and his two first children. They also traveled with a lot of livestock. Along the way they joined up with Nigerians from Kano. These Northerners preferred the north of Ghana and settled there while Chief Brimah I and company continued as a spiritualist had advised them till they got to the sea at Accra.

In the early 19th century, hundreds of Yoruba’s migrated to Ghana and many more are first, second and third generation citizens. The Yoruba’s are an integral positive part of Ghanaian society. Some have lived here so long and have gone through so many generations that the younger ones barely speak Yoruba.  Most however are able to speak 3-5 languages, Yoruba, Hausa, Twi, English and Ga. During conversations you find them switching from one language to another.

Chief Brimah I formed the first settlement in British Accra, known as “Zongo,” where strangers who visit Accra settle. Hausa’s Fulani’s and Wangrans all settled in Zongo under this Yoruba king. Chief Brimah I came with his Cattle from Ilorin and where he settled was renamed Cow lane; this was the first settlement in Accra. He built houses and allocated some to friends and foreigners. Engaged in Kola nut trade between Nigeria and Ghana, supported by a wonderful businesswomen wife, he rose to a very wealthy status and was known for his philanthropy and generosity. Appreciating his qualities and for “clearing the forest,” his Royal Highness, the Ga Mantse, Nii (King) Tackie Tawiah I made him a Chief and gave him the “Sword of Office,” in 1888. 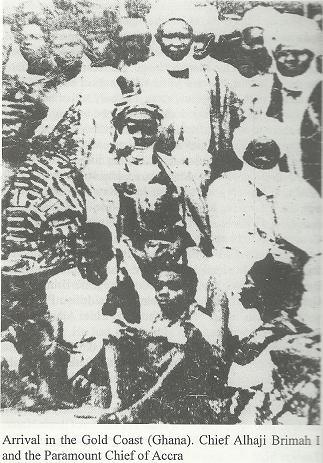 The first post office in Ghana was in Accra where Chief Brimah I built his palace on land allocated to him by King Tackie Tawiah I. The street was called Horse road, because Chief Brimah I kept horses and built a stable there. Chief Brimah I built the first Mosque in Accra at Rawlings Park with contributions from other Nigerians. The Mosque was built with Oak wood from a ship wreck. He also set up Arabic literary schools in Accra with the cooperation of the government. He built the first slaughter house in Accra. Now called Salaga market.

When the British came to the Gold Coast and they set-up the first running-water, pipe-borne water with tap. The locals thought this was juju (voodoo) and were afraid to open the tap. Chief Brimah I who was known for his faith and worldly experience was called, and after making prayers he “courageously” opened the tap. In the Ga council which governs Accra, he is one of the few with a seat on the council, which is occupied today by the current Chief in the lineage.

Quoted is a record of him from the Ghana Archives that describes the view of this Yoruba migrant in 1878-1899:

Alhaji Braimah’s position was unique. Not only was he a man of considerable wealth, but he had the advantage of having visited Mecca, an unusual experience for a native of these parts, and it was these conditions coupled no doubt with a certain degree of worldly wisdom that enabled a despised Yoruba to exercise control and influence over the Hausas.

I have the honor to be Sir, Your obedient servant.

Tabom are repatriated Yoruba – Brazilian – Ga slaves. The Tabom are also part of the rich Yoruba history of Ghana. The word Tabom is traced to the repatriation of West African slaves from Brazil. The name is believed to be derived from the Portuguese greeting, ‘Es Ta Bon?’, ‘is all well?’ Some say Taa means “tomorrow,” and bom means “good,” the word coming from “good-morning.” Taboms, use Yoruba words in cultural rituals in the Tabon Mantse Palace. These words, which include “Sango,” have been passed on from generation to generation over the past 170 years since the arrival of the slaves.

The history of the Tabom who were returned to Lagos and the Gold Coast, entails the historic great “Malê Revolt” in Brazil. “Malê” originates from the Yoruba description of “Islam” as a “tough,” faith, “Imale”. Following the Haitian revolution which led to independence of the Island, the Malê Muslims in Portugal likewise plotted a revolution. Possible sabotage compromised their attempt at freedom; however they fought a brave fight. At the end of it, the colonialists killed some Malê, flogged and imprisoned others and deported many more out of fear of their capacity to revolt. They also instituted forced conversion to Catholicism. The Malê Revolt is considered a major turning point in Slavery in Brazil, contributing to its end. This is the history of the repatriation of Tabom to Ghana and the Aguda to Lagos.

The Taboms brought Gas the well-digging, irrigation, tailoring, shoe-making, masonry and using blocks for structures to Ghana. The Morton Tabom family headed the First Scissors House in Accra, which was the first tailoring shop in the nation’s capital.

Fatima’s brother, Francis Zaka (F.Z.S) Peregrino traveled to London and then to South Africa. During Nelson Mandela’s visit to Ghana, in his reply to President Jerry Rawlings’ welcome address, he referred to F.Z.S Peregrino, an editor and publisher in America and South Africa, as one of the singularly courageous Ghanaians who joined forces with South African congress to fight Apartheid.

A series of Yoruba chiefs have since occupied the throne. Late Chief Brimah VII, Aziz Brimah is well known for his being among the 375,000 Africans who volunteered to fight with the Allied forces in WWII; as part of the “forgotten 14th army.” He was commemorated by the Queen of England memorial gates trust as one of the brave Africans to go fight the Japanese in Burma. Late Chief Aziz Brimah and a hand full of other veterans led a protest for the liberalization of Ghana from Colonial rule. This led to Ghana’s independence in 1956, and subsequently the independence of all West Africa. 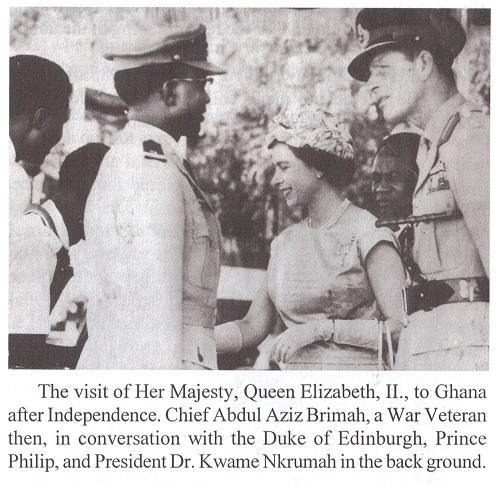 Current Chief, Brimah VII is Nigerian Ambassador (rtd) MBP Brimah, who was coronated in 2009. He served with the Nigerian Ministry of External Affairs till 1985 when he retired at the termination of the then Muhammadu Buhari government. He was a member of the Organization of African Unity (OAU) Commission of seven (7) on Sanctions against Apartheid South Africa which toured the Republic of Zambia, the Republic of Botswana, and the Republic of Lesotho in South Africa. He also served on the OAU Commission of fifteen (15) on Refugees in July 1980, which visited the Ogaden, the Ethiopian War Zone.  Later, posted to Geneva, Switzerland, in December 1980, in higher capacity as the Deputy Permanent Representative of Nigeria to the United Nations, he served on the United Nations Committee on Disarmament and on the on the United Nations Commission on the Laws of the Sea. He retired voluntarily in 1985 with rank of a full minister (Ambassador). In 2008 he was appointed by the UN as Honorary adviser on African Human rights and War Refugees. 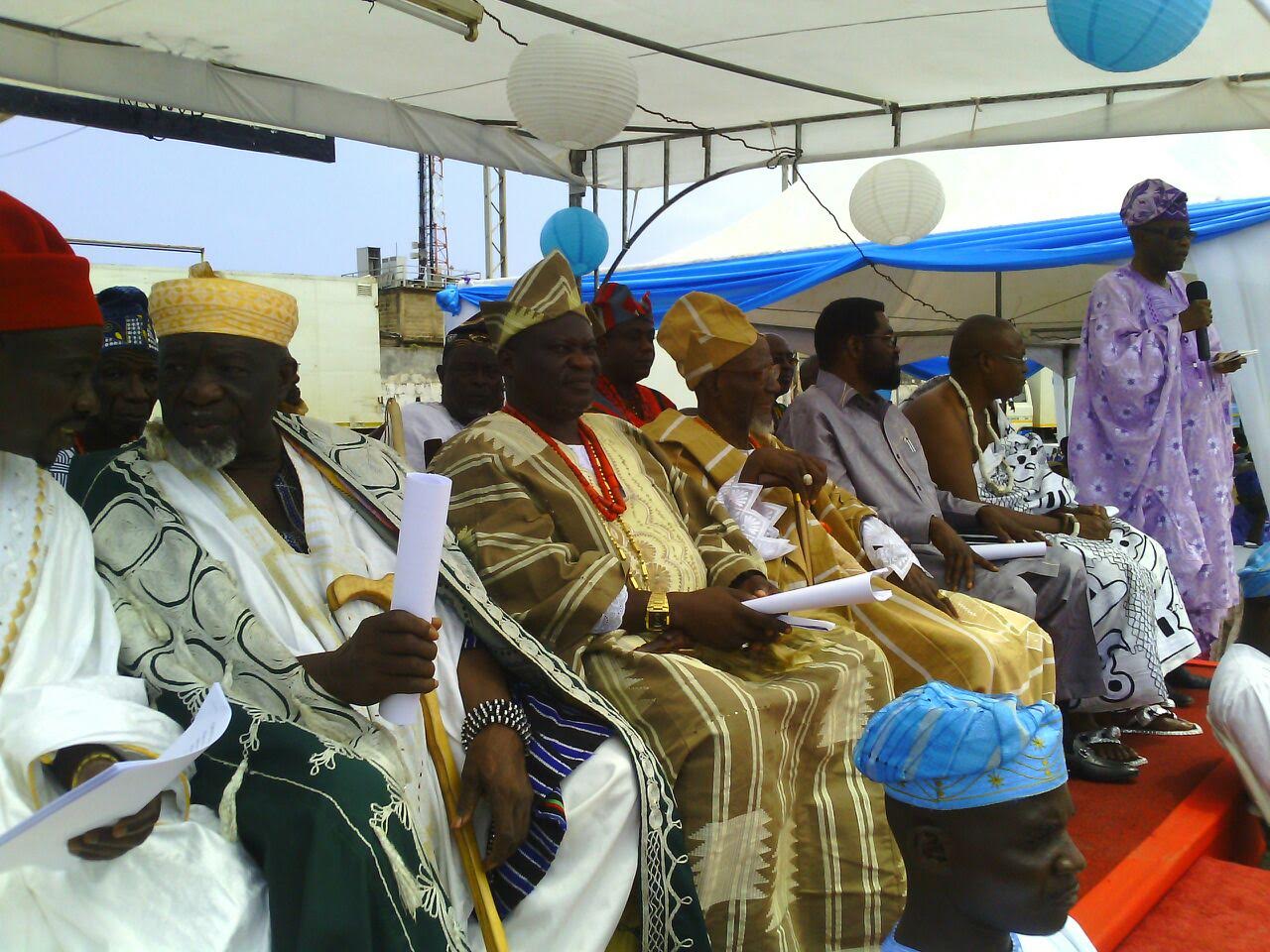 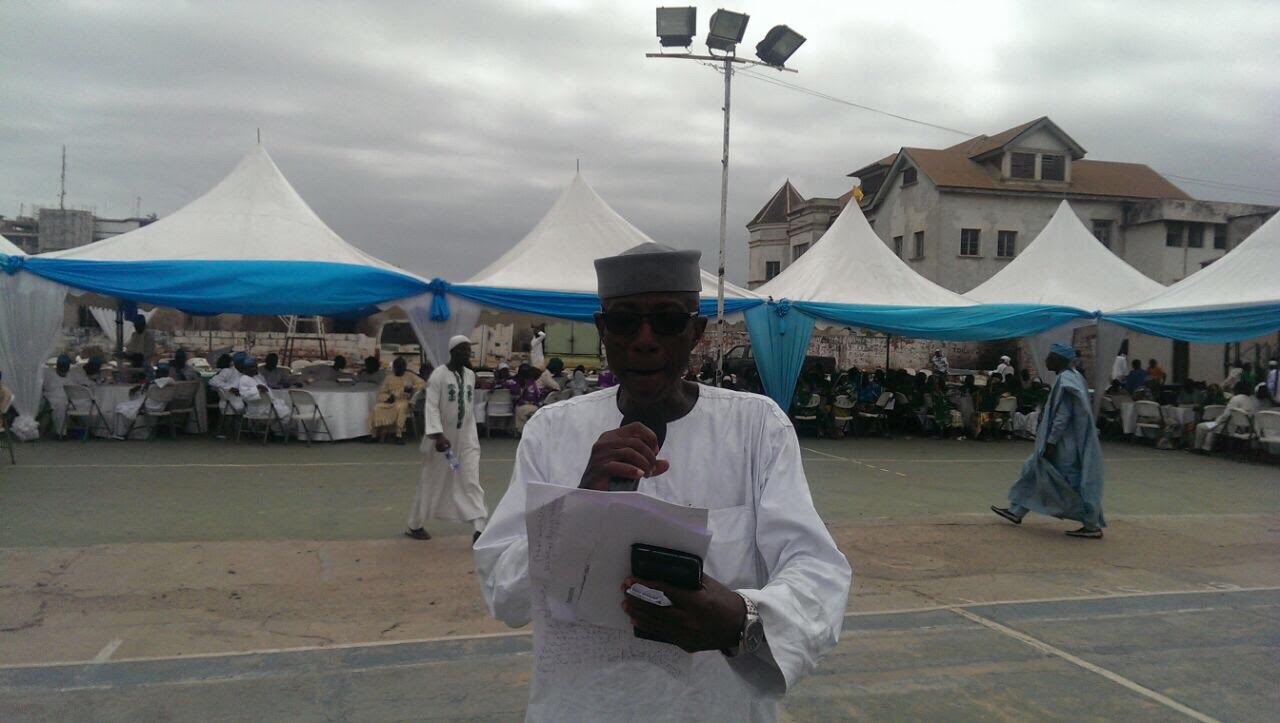 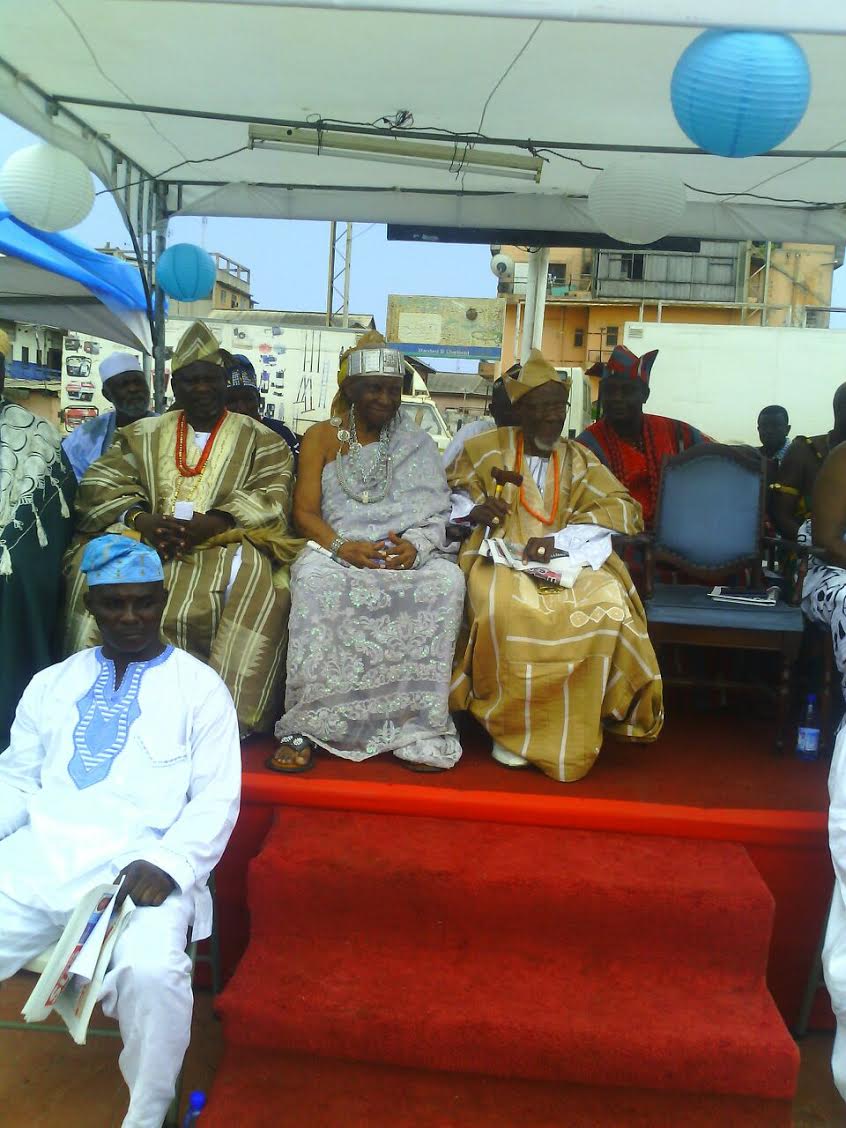 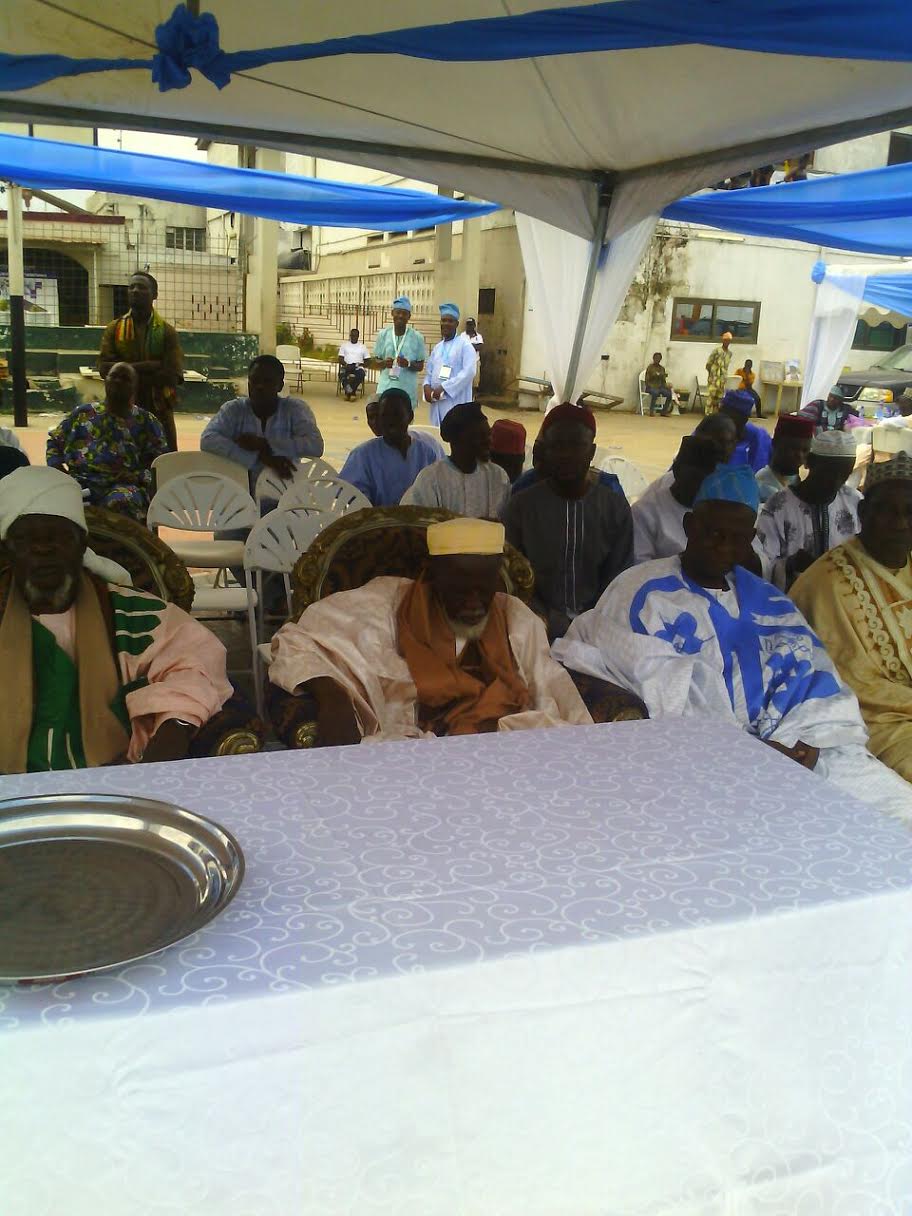 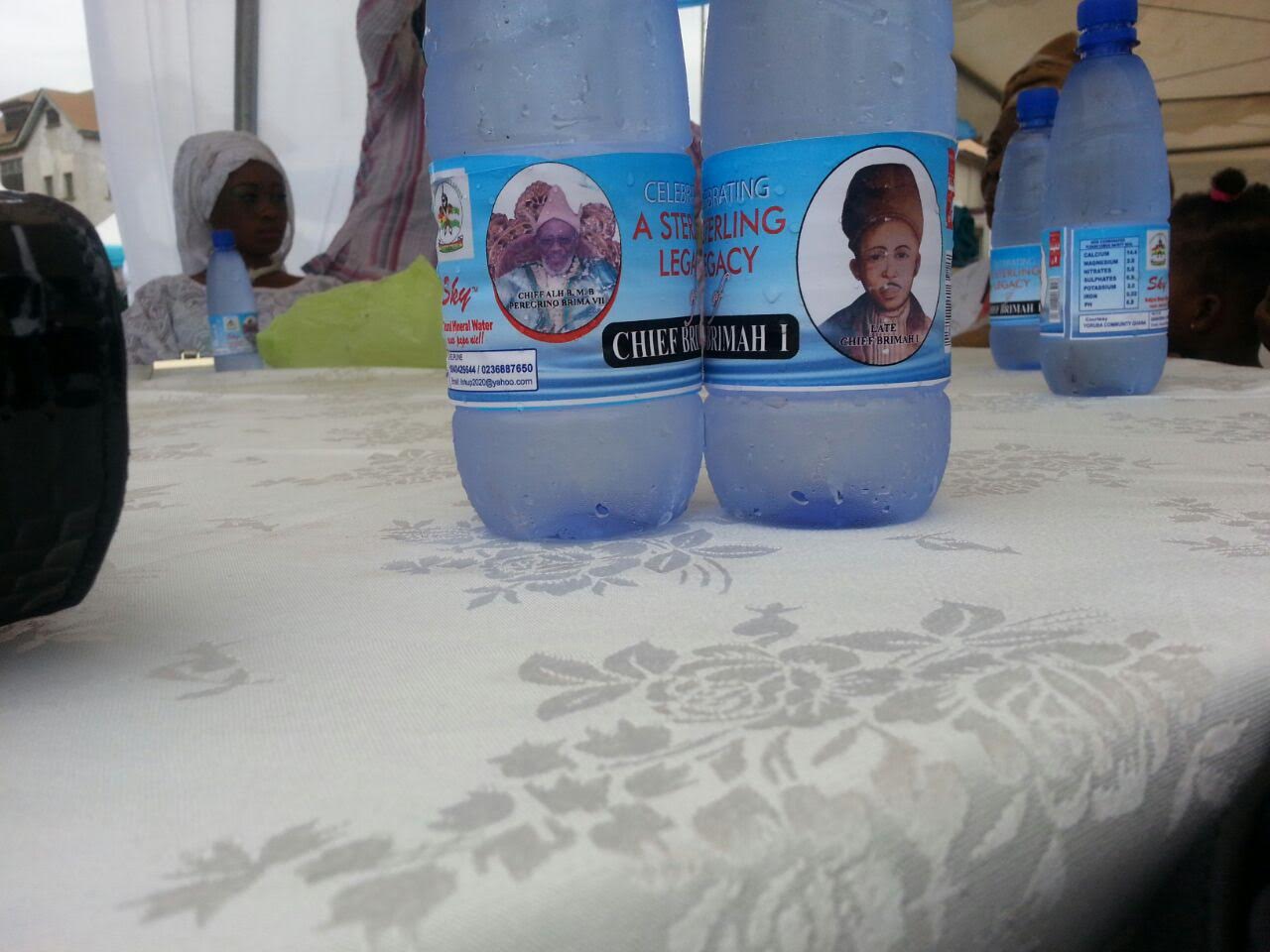 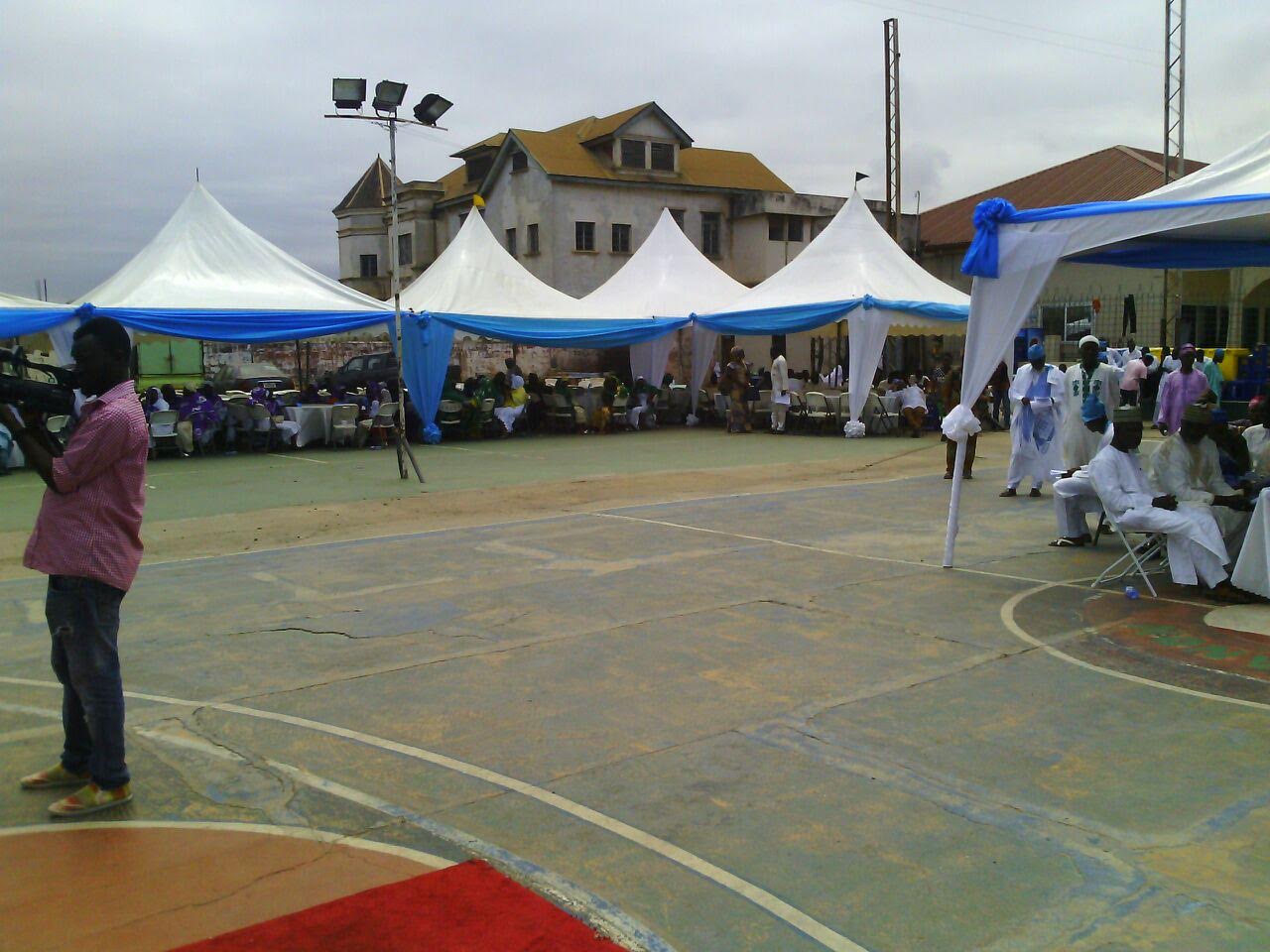 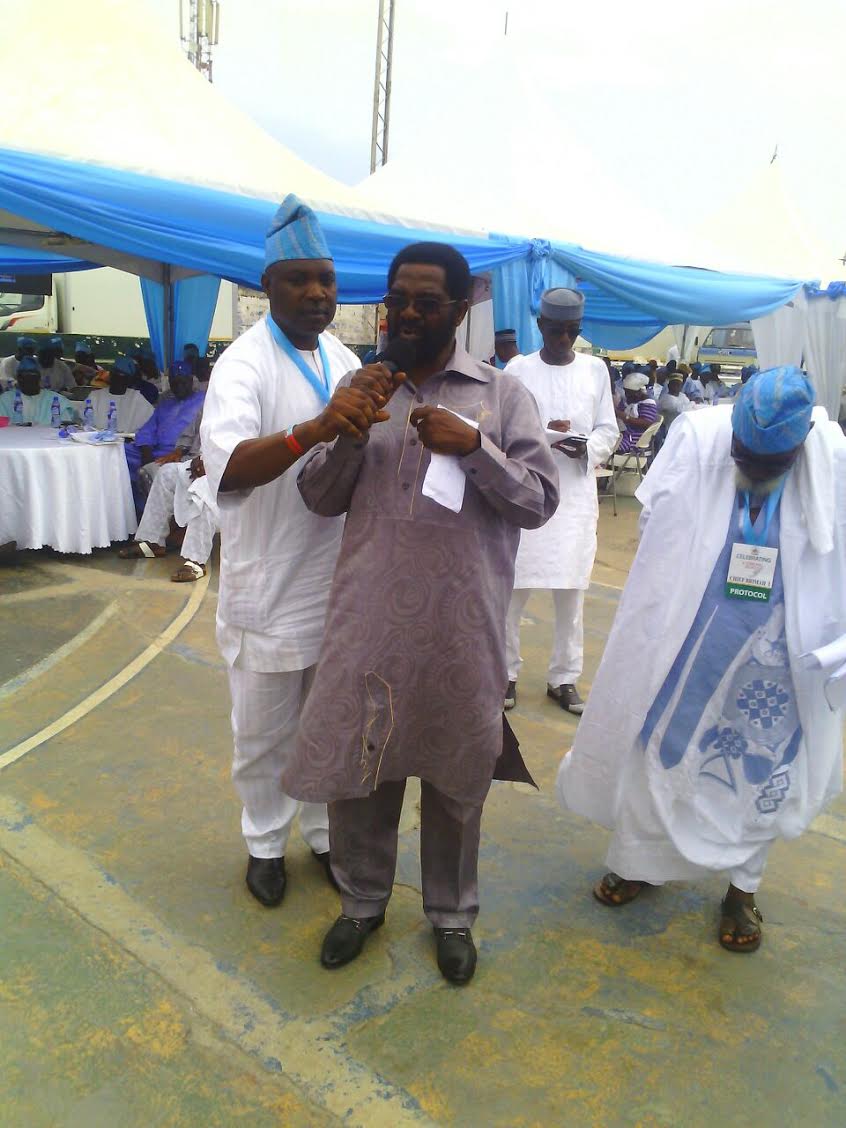 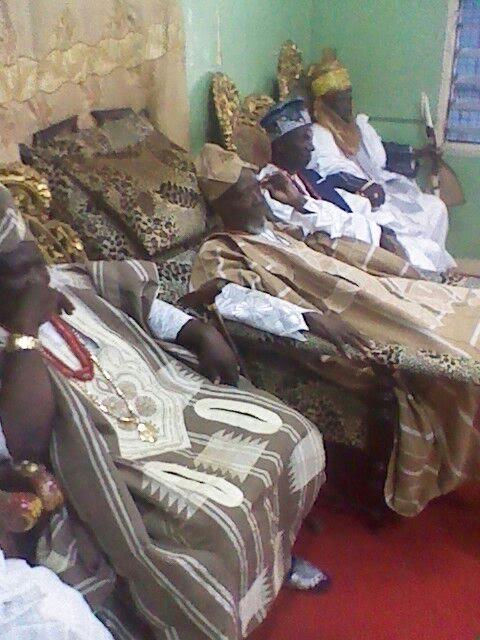 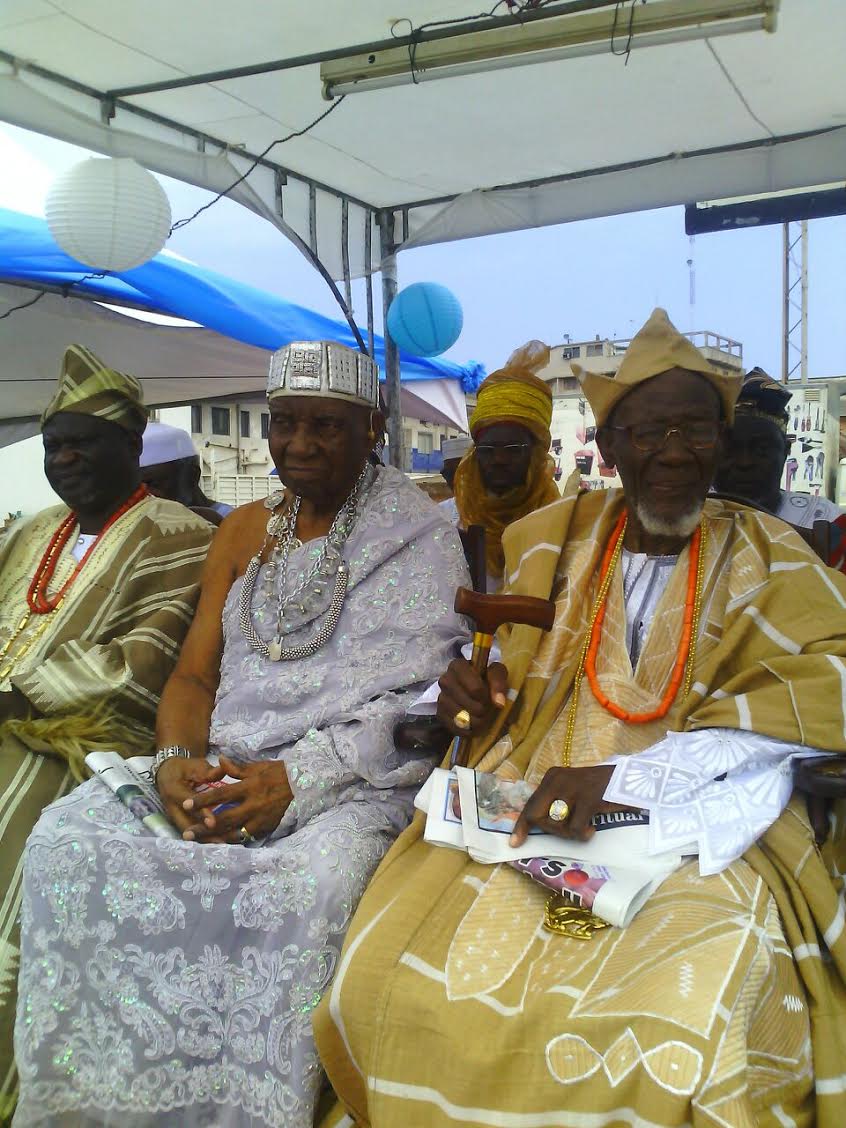 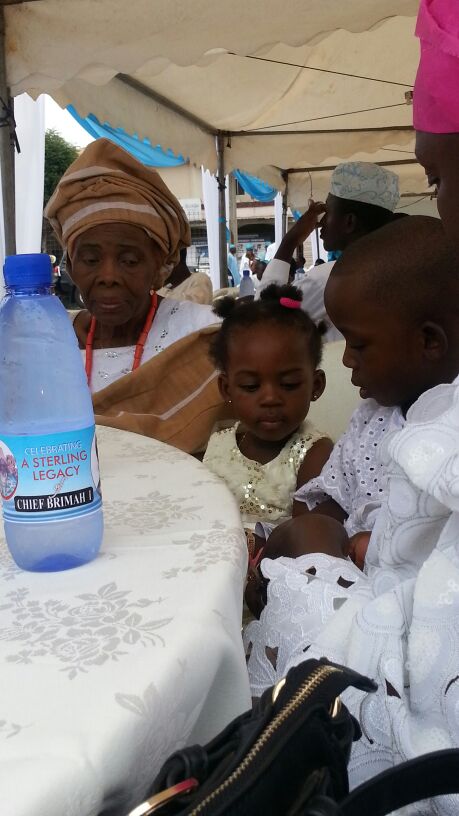 Queen with Price and Princes