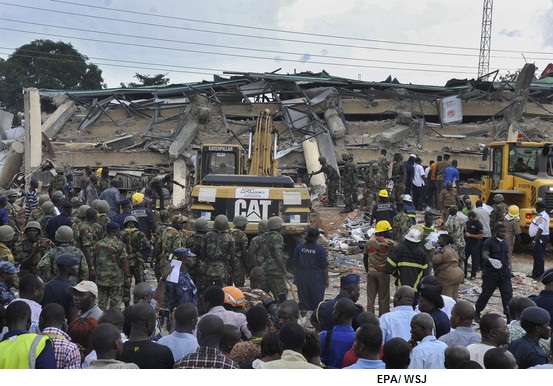 Four people have been reported dead while about 40 were rescued so far including many injured who were rushed to the hospital.

Those in the mall at the time of the building collapse were staff who were preparing for opening of business in the morning.

Ghana’s president, John Mahama cut short his re-election campaign to visit the scene of the tragedy, promising a full investigation and repudiation for the failures that were responsible for the building collapse. Structural failure in the building design is the likely cause.

As at Wednesday night rescuers were still trying to get to about 10 people believed to be trapped under the rubble.