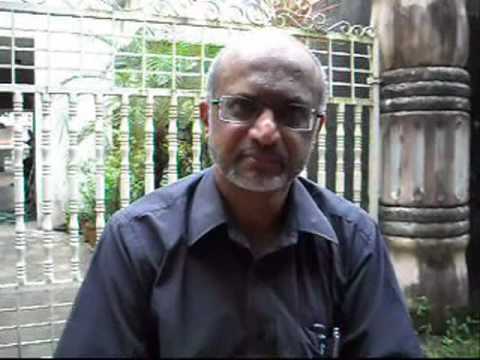 by Cleo Paskal in HuffingtonPost, Rescued from 2014

Indian Strategist Prof. M D Nalapat, UNESCO Peace Chair and Editorial Director of the Sunday Guardian, has an unusually spot-on record for predicting trends in the Middle East. He was in New York City on September 11, 2001, having just warned that the U.S. was likely to be targeted. At the start of the Arab Spring, he was already predicting a ‘Wahhabi Winter.’ And he foresaw the current catastrophic situation in Libya from the early days of the conflict, as well as the potential for extremists spillover from Syria to its neighbors. This is what he has to say about Iraq.

How did we get to where we are today in Iraq?

Via Benghazi and Aleppo. The 2011 decision by NATO member-states to arm, train and finance those willing to physically battle first against Muammar Gaddafi and subsequently against Bashar Assad set in train a series of events that have led to the present crisis in Iraq. The U.S. and its European allies ought to have understood that the goal of states such as Turkey, Qatar or Saudi Arabia was not to ensure that democracy dawned on Libya or Syria when it was still absent in their own countries, but the removal of those they saw as apostates: Muammar Gaddafi and Bashar Assad.

Those who have read Gaddafi’s writings and speeches know that he was a foe of Wahhabism, which he (correctly) saw as un-Islamic and indeed, in several respects, anti-Islamic. As for Bashar Assad, his Alawite sect is regarded with the same reserve as the Ahmadiyyas are in Pakistan. They are regarded by Wahhabis as apostates needing to be either converted to the “true” faith or eliminated. By hitching themselves to the Turkey-Qatar-Saudi Arabia bandwagon and assisting these states to fund and equip Wahhabi fighters, the West in effect joined in their crusade against anti-Wahhabis (in the case of Gaddafi) and the Shia (in the case of Bashar Assad).

Ever since the 1980 occupation of the U.S. embassy in Tehran by students swearing fealty to Ayatollah Khomeini, the U.S. and several of its allies have conflated the mullahcracy in Iran to cover an entire country (Iran). Over time, this has drawn in governments in states such as Syria and Iraq that have been seen as “over friendly” to Tehran.

Check the weapons used by ISIS in its drive on Baghdad. They are almost entirely from the stocks supplied to the “moderate” opposition to battle first Gaddafi and later Assad. This concept of a “moderate opposition” in battlefield terms is laughable. The fact is that extremists join the so-called “moderate” groups, collect cash, training and weapons from them and subsequently migrate to those frankly extremist groups, such as ISIS or Al Nusra.

The assumption made by policymakers in the U.S. and in the EU is that the divide between those in the “moderate” and the “extremist” camps is watertight enough to ensure that the flow of cash and weaponry from the first to the second is minuscule. The fact is that this division is illusory. There is perfect mobility between the two supposedly irreconcilable groups. In fact, almost all the actual fighting is carried out by the “extremist” groups, while the fundraising and collection of weapons is done by the “moderates”. What has landed in Iraq are the weapons, cash and training given by Qatar, Saudi Arabia and other Gulf Cooperation Council (GCC) states with leaderships eager to ensure a reserved seat in paradise by facilitating the defeat of presumed infidels.

What is the situation on the ground?

Still very susceptible to improvement, provided both state as well as public donors in the GCC abandon their policy of training, funding and arming groups to do battle against established regimes in the region.

The fact is that the extremist groups have very little support within local populations. What is unfortunate is that television channels such as CNN and BBC are constantly talking of a “Sunni” rebellion against Prime Minister Nuri al-Maliki of Iraq, a Shia.

The fact is that this is a Wahhabi war against a Shia leader, one in which the majority of those classified as Sunni are standing aside, just as they did in Syria. While al-Maliki has drawn much flak from NATO member-states for his alleged “neglect of the Sunnis,” the fact is that in his government, just as in that headed by Bashar Assad in Damascus, there is ample representation of Sunni elements.

What the Qatar and Saudi regimes seek is to give primacy to Wahhabi elements within the Sunni population, and to give this tiny minority (among the Sunni, itself a minority in Iraq) the same importance as the (majority) Shia population. Should Nouri al-Maliki agree to this, it would lead to both his exit as well as to a distortion of democracy in Iraq. Indeed, by holding back on launching air strikes against ISIS until al-Maliki fulfils the Qatari-Saudi agenda, the U.S. is creating a situation where the Prime Minister of Iraq will be forced to turn to Moscow and Tehran for military support.

Wahhabi extremists are a danger to the entire community of nations, and hence what is needed is to do battle with them in every theatre where they are seeking to change ground realities by force. This is still very possible. If the opportunity is missed, and safe havens for Wahhabi extremists become semi-permanent, this would pose a significant threat to Europe within the next two years.

How does this relate to Syria and/or other neighbors?

The Assad regime is proving quite successful in battling the Wahhabi extremists seeking its overthrow but, even now, assistance from Turkey, Qatar, Saudi Arabia and other states is pouring into Syria, including assistance by France and other Western countries. This has to be stopped immediately, as arms given in one theatre flow to others, the way it happened between Libya and Mali. Should the fighting in Iraq develop into the bloody stalemate that the war in Syria is in danger of becoming because of assistance funneled into the Wahhabi groups, there is likely to be clashes between Shia and Wahhabi across the region, with the moderate majority among Sunnis caught in the crossfire. Fire spreads quickly, and sectarianism is a fire.

Who is backing ISIS?

Al Qaeda. The so-called disavowal of the group by Ayman al-Zawahiri was in my view a ruse to ensure that ISIS continued to get assistance from those capitals seeking the end of the Assad regime, and in ensuring Wahhabi supremacy in the governing structure of Iraq. It is surprising how quickly Al Qaeda’s protestations of daylight between itself and ISIS have been believed. In this context, the Obama administration is doing a disservice to the entire world by keeping secret the cache of information seized from the Abbottabad house of Osama bin Laden. The war on terror is global, and information of the kind retrieved from bin Laden ought to be more widely shared rather than hoarded.

Who is bribing whom, and what is the outcome?

ISIS has been bribing commanders in the Iraqi army so that they ensure near-zero resistance to their takeover of population centers. This was the same tactic carried out by the Taliban in Afghanistan during 1994-96. Those Iraqi commanders shown to have been bribed should be identified and executed, so as to prevent others from going the same way. At present, several are either in GCC watering holes such as Dubai or are in London and other such locations, working on spending the money they have made through betraying their country and in the process, endangering several countries in Europe.

What are the options for the U.S.?

To help the Iraqi military to finish off the ISIS battalions while this is still possible. Once they disperse among the population at large, it will be too late. They need to be attacked while they are still on the march. And to stop pursuing a Wahhabi agenda in the Middle East. That would be the same mistake as Israel made in Lebanon in the 1980s — backing the Maronite Christians against the Shia in Lebanon, making Israel the only country in the world to have to endure Shia terror. Should the U.S. and its allies continue with its post-2011 policy of assisting Wahhabis against Shia, the whole of Europe as well as the U.S. will become the target of Shia terror groups formed in the crucible of the present sectarian combat in the region.

What does this mean for India?

Terror in India was Subcontinental, now it is continental and covers the whole of Asia. In my view, India should assist Baghdad in battling the extremists, ideally together with the U.S. and other powers, including Iran.

It is time for a Grand Alliance against Wahhabi terror, and what this means is that the Wahhabi International has to be confronted in every theatre, confronted and eliminated, so that the great religion of Islam can get freed of its distorting influence and once again shine as a moderate force for good in the world.

Should the U.S. or India hesitate in helping Iraq to eliminate the extremists who are so close to the gates of Baghdad, we may see the start of sectarian war across the region, with incalculable consequences to both the international economy as well as security.