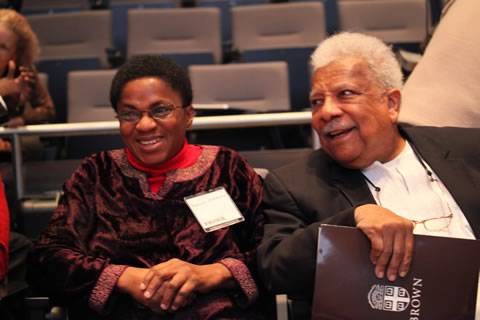 One of Africa’s most respected scholars and political writers, Kenyan Professor Ali Mazrui has died in the United States, the Kenyan media are reporting. He was 81.

The reports say he died on Sunday night.

Kenya Daily, The Standard, quoted Mombasa Senator, Hassan Omar and Governor Hassan Joho as confirming  the death and the preparations to bury him in Mombasa.

Mr. Joho, according to the paper, said the Coast region had lost a great man, a scholar, academic professor of Islamic and African studies.

“My friend Professor Ali Mazrui, your intellect amazed the world,” he reportedly said.

The paper also quoted Muhuri’s Khalif Khelif as saying the late Prof.  Mazrui had been unwell.

“He had wished to be buried in Mombasa’s historical Fort Jesus area,” The Standard quoted Mr. Khelif as saying. “Plans are underway to fly the body here.”

He was a foremost political writer and intellectual on African and Islamic studies and North-South relations, according to his entry on Wikipedia.

“Mr. Mazrui studied at schools in Mombasa, in Kenya. He obtained his B.A. with Distinction from Manchester University in Great Britain in 1960, his M.A. from Columbia University in New York in 1961, and his doctorate (DPhil) from Oxford University (Nuffield College) in 1966.

“Upon completing his education at Oxford University, Mazrui joined Makerere University (Kampala, Uganda), where he served as head of the Department of Political Science and Dean of the Faculty of Social Sciences.

“He served at Makerere University until 1973, when he was forced into exile by Idi Amin.

“In 1974, he joined the faculty of the University of Michigan as professor and later was appointed the Director of the Center for Afroamerican and African Studies (1978–1981).

“In 1989, he was appointed to the faculty of Binghamton University, State University of New York as the Albert Schweitzer Professor in the Humanities and the Director of the Institute of Global Cultural Studies (IGCS).

“He is an Albert Schweitzer Professor in the Humanities and the Director of the Institute of Global Cultural Studies at Binghamton University in Binghamton, New York.”