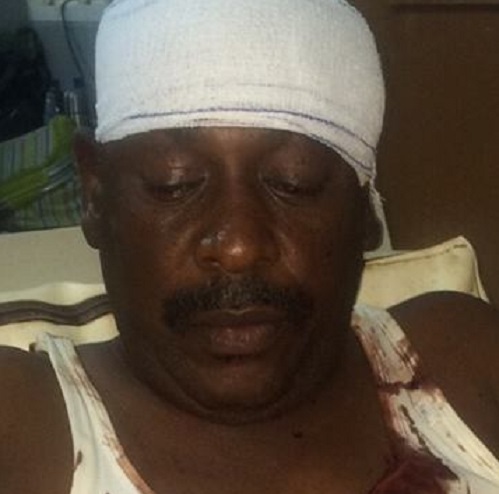 The APC Party Chairman of Gombe Local Government, Alh. Ibrahim Musa popularly known as BACAS was attacked by armed youths that are confirmed to be PDP thugs this evening in his house.

He was among the Gombe State APC Officials that received General Buhari today in Gombe. It was after General Buhari’s visit that BACAS went home and met some youths quarelling around his own house, he intervened and ended the matter right there.

Shortly after everyone left, he also entered home to rest for the day, after a little time, someone came knocking on his door, as he open the door to attend to the visitor, all he felt was cutlass on his head and his back.

He confirmed that the name of the attacker is Sani Age David.

These boys never operate without the support of those in authorities.