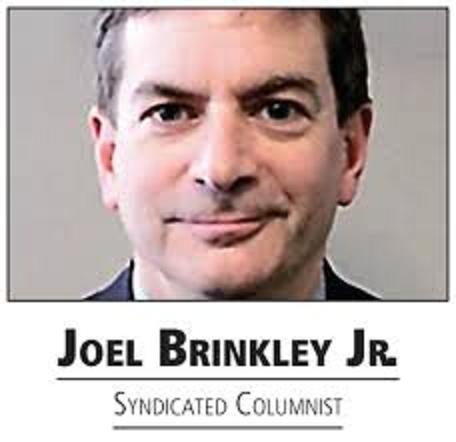 And Nigeria’s people — well, they are as mistreated as any on earth. In only nine nations — among them Liberia, Sierra Leone and Somalia — do more mothers die during childbirth. And in only 10 states, including Chad, Afghanistan and Zimbabwe, is the average life expectancy lower. Right now the average Nigerian’s average life span ends at 52. That may be why the median age of Nigerians is just 18.

Just outside President Goodluck Jonathan‘s office sat 17 ambulances, just in case he or one of his aides fell ill. They were seldom if ever used.

No actual health-care facility nationwide had as many, and in fact a few still have none at all. But as soon as a Nigerian newspaper took a photo of the ambulances and published a story about them, they suddenly disappeared — probably to an underground garage.

Jonathan is president of Nigeria, which should be among the world’s most prosperous nations. After all, it produces an estimated 2.4 million barrels of oil each and every day. With oil now selling at $93.61 a barrel, that’s $224 million in income daily. And yet many hospitals can’t afford to buy an ambulance. The reason, in my view: Nigeria is the most corrupt nation on earth.

Sure, Transparency International lists almost three dozen states as more corrupt — Chad, Haiti, Laos, Yemen, Cambodia and the like. But are any of those nations as wealthy as Nigeria — taking in $81 billion annually, just from the sale of oil? No, not even one of them. So Nigeria steals and squanders more money than any other nation, making it the world’s most corrupt, by that measure.

Nigerian journalist Musikilu Mojeed finds all this so discouraging.

“With its geopolitical power, economic resources and middle class,” he laments, “no country (with the possible exception of Saudi Arabia and Egypt) has the power to change the course of black/African civilization like Nigeria.” After all, Nigeria is Africa’s most populous state — and large, twice the size of California.

So Nigerians are living an opportunity squandered — particularly now. Egypt is in turmoil. In just the last few days, in fact, many Egyptians have been calling for a military coup — anything to rid the state of its widely despised Muslim Brotherhood government. And a new report by the World Economic Forum ranked Egypt the least safe and secure tourist destination among 140 tourist nations evaluated.

Related: NewsRescue- ENDS Movement Every Nigerian Do Something! Failure and Death ENDS Now!

Egypt has lost its place as the Arab/African worlds’ leader, and Saudi Arabia never had it. So for Nigeria, the time is ripe. But its leaders seem interested only in stealing the state’s money to make themselves rich beyond imaging. Think about it: $81 billion a year just from the oil, while most every local government official still tells his people the nation just doesn’t have enough money to fix the roads, schools or hospitals. (Roads are in such terrible shape that government officials generally travel any distance by helicopter.)

And Nigeria’s people — well, they are as mistreated as any on earth. In only nine nations — among them Liberia, Sierra Leone and Somalia — do more mothers die during childbirth. And in only 10 states, including Chad, Afghanistan and Zimbabwe, is the average life expectancy lower. Right now the average Nigerian’s average life span ends at 52. That may be why the median age of Nigerians is just 18.

A few months ago, the Economist Intelligence Unit published an evaluation of the best places for babies to born in 2013, given their probable welfare as children and the chance for a safe, comfortable, prosperous life. Switzerland, Australia and Norway were the top three. The United States came in at 16th, largely because “babies will inherit the large debts of the boomer generation.”

Dead last: Nigeria. “It is the worst place for a baby to enter the world in 2013,” the report said.

Even with all that wealth, only just over half the population has access to clean drinking water, and one-third to a toilet, UNICEF says. Two-thirds live below the poverty line. Only one child in four who contracts pneumonia is given antibiotics, and only about half the population is literate.

The CIA also cites endemic “soil degradation; rapid deforestation; urban air and water pollution.” All this in a county whose gross domestic product stands at $236 billion a year, in the same league as Denmark, Chile, Israel and the United Arab Emirates — prosperous, successful states to be envied.

Goodluck Jonathan is certainly aware of all of this. After all, taking the oath of office, he swore to “devote myself to the service and well-being of the people of Nigeria. So help me God.”

Well, just last week he demonstrated who he really is and what he stands for when he pardoned a former state governor who’d been convicted of embezzling state funds and laundering the money. That pardon triggered a broad, angry uproar.

(Joel Brinkley is the Hearst professional in residence at Stanford University and a Pulitzer Prize-winning former correspondent for The New York Times.)