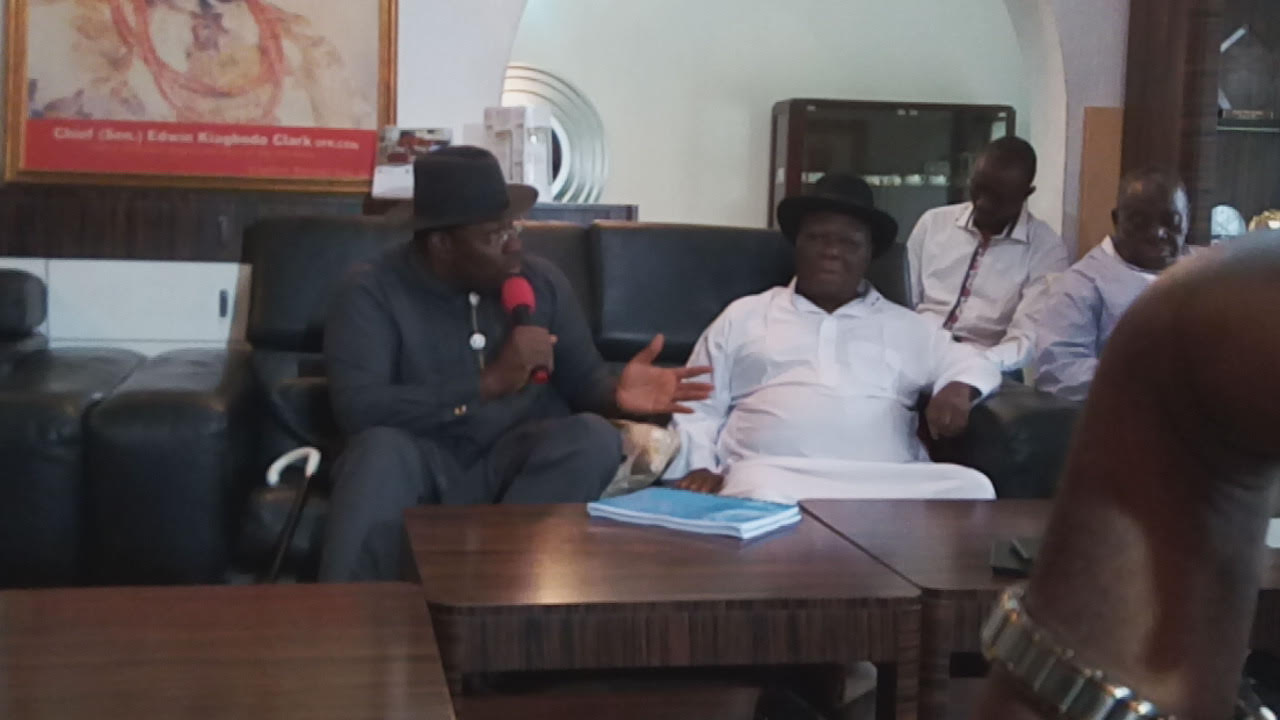 The meeting focused on the state of security especially the break down of law and order in some areas and the escalating tension in the oil rich region.

The meeting followed a recent threat by the Niger Delta Avengers to resume attacks on oil installations in the region.

Hon. Dickson said shortly after the meeting that the deliberations focused on how steps could be taken to establish contacts with the Federal Government on the one hand, and the aggrieved youths on the other as part of efforts to prevent a major crisis in the area.

The Governor in a press statement signed by his Special Adviser on Media Relations, Mr. Fidelis Soriwei, stated that the meeting also condemned the disruption of the forth quarter general meeting of the Pan Niger Delta Elders Forum by security operatives in Port Harcourt on 26th of October 2017.

The statement quoted the Governor as having said that the meeting called for an investigation into the circumstances surrounding the disruption of the PENDEF’s meeting in Port Harcourt.

Governor Dickson and Chief Clark who condemned the action of the security agencies argued that PANDEF like other organizations, had the right as provided for by law to hold their meetings.

He also called on the agencies responsible for the disruption of the meeting to tender an apology to the elders who were embarrassed by the unprovoked reaction from the agencies.

The men of the Nigeria Police had taken over the Hotel Presidential, Port Harcourt Venue of a meeting of PANDEF led by Chief Clark on Oct. 26,2017.

No reason was given by the security agencies for the disruption of the PANDEF meeting.

Dickson said, “Chief Edwin Clark and I just had a meeting on issues affecting the Niger Delta region. In specific terms, the meeting dwelt on the break down of law and order, general security and the escalating in the Niger Delta.

We explored how we can step up contacts with the Federal Government on the one hand and the agitators on the other.

He said that the meeting also discussed efforts being made at repositioning and strengthening the umbrella Ijaw organizations especially the Ijaw National Congress and the Ijaw Youth Council.

He stressed that some progress had been made in the efforts he initiated alongside Ijaw elders and leaders to stabilize these bodies.