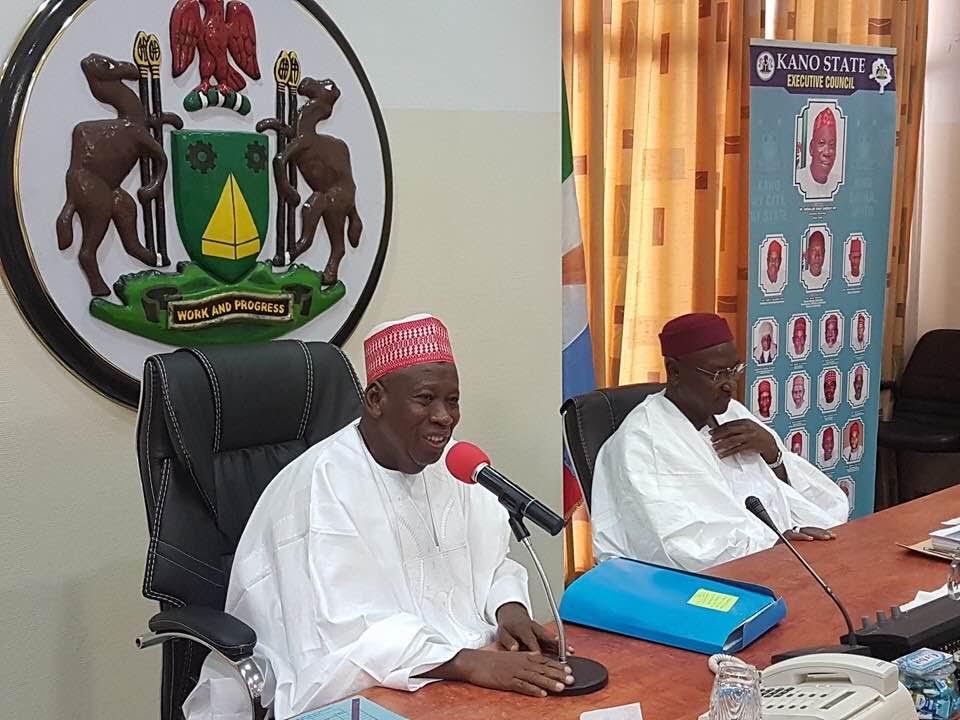 The amount accrued as a result of non-payment of scholarships to internal students by the immediate past administration in the state.

The State Commissioner for Information, Comrade Muhammad Garba, made this known while briefing newsmen on the outcome of the state weekly Executive Council meeting, presided over by Governor Abdullahi Umar Ganduje.

He said the council took the decision because of the gravity of the matter and its potential on impacting negatively on the education sector of the state.

It could be recalled that last week, the council approved for payment of N136, 558,100 being outstanding balance in respect of Kano students studying at American University,Yola Adamawa state, with an assurance to parents and students that the Ganduje administration would not allow their studies to be stopped midstream.

Prior to this development, the Council approved N115, 400, 477. 6 for payment of upkeep and other allowances, for three months, in respect of 459 students on the state government scholarship, pursuing various degree programmes in China, India, Cyprus, Egypt, Uganda and Sudan.

In the same vien, Ganduje adminstration consented to release N138 million for settlement of outstanding school fees in respect of 89 students sponsored by the immediate past administration in the state, at Mideast Aviation Academy, Jordan.