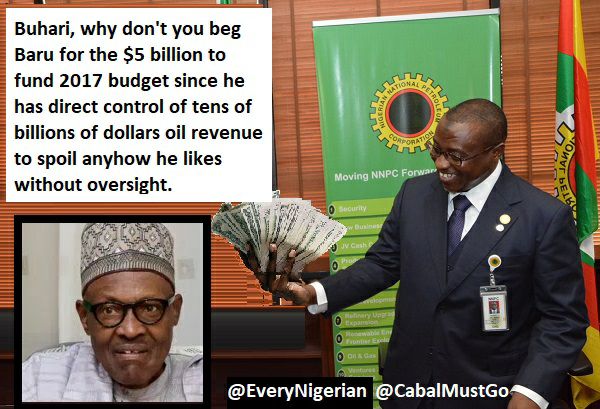 The Nigerian National Petroleum Corporation said on Wednesday that the presidential approvals it received for two oil contracts worth N640 billion were granted by Vice President Yemi Osinbajo during his time as acting president.

The “Acting President Yemi Osinbajo gave the approval,” Ndu Ughamadu, spokesperson for the NNPC, said in a message to PREMIUM TIMES at noon Wednesday.

But for the ensuing 10 hours, Mr. Osinbajo’s office could not confirm or counter the NNPC’s claim despite repeated requests from PREMIUM TIMES.

The NNPC’s statement on Wednesday after that of Tuesday and the presidency’s handling of the controversy surrounding the operations of the state-oil firm further highlight the opaque nature of the running of the corporation.

Mr. Ughamadu’s declaration comes hours after PREMIUM TIMES highlighted a critical aspect of a Monday morning statement by the NNPC which suggested that the state-run oil giant had received presidential approvals for at least two contract awards during the time President Muhammadu Buhari was on medical leave in London.

The NNPC listed the contracts as part of its response to the Minister of State for Petroleum Resources, Ibe Kachikwu, who had earlier accused the head of NNPC of abuse of contract regulations and insubordination in a memo to Mr. Buhari.

In the August 30 memo, Mr. Kachikwu said Maikanti Baru awarded up to $25 billion in oil contracts under different guises without recourse to NNPC board or himself as its chairman. The memo sparked nationwide controversy followings its leakage on the Internet October 3.

The NNPC pushed back in a statement Monday, saying Mr. Kachikwu’s complaints were misplaced as the Mr. Baru only needed to get input and approval from President Buhari, who’s also the substantive Minister of Petroleum Resources.

The agency also listed some contracts that received presidential approvals between September 2015 and July 2017.

The statement said NNPC received presidential approvals for two oil contracts on July 10 and July 31 worth $1 billion and $780 million, respectively.

The timeline indicated that the contracts were signed on dates Mr. Buhari was on medical leave in London and Mr. Osinbajo was acting as president in line with the Constitution.

When PREMIUM TIMES reminded him of potential legal implications of Mr. Buhari exercising presidential powers even when he had relinquished same in accordance with the constitution, Mr. Ughamadu dug his heels in.

President Buhari’s spokespersons, Femi Adesina and Garba Shehu, also declined to comment on their principal’s role in the contract saga when contacted on Tuesday.

But hours after the story was published, Mr. Ughamadu contacted PREMIUM TIMES to say that it was Mr. Osinbajo who gave the presidential approvals for the contracts.

Yet Laolu Akande, spokesperson for Mr. Osinbajo, could not corroborate the NNPC’s assertion for about 10 hours on Wednesday after he was contacted by PREMIUM TIMES.

In his memo to Mr. Buhari, Mr. Kachikwu stated that when Mr. Buhari was unwell in London for several months between May and August, Mr. Baru tried to get direct approval from Acting President Osinbajo for some personnel changes at the NNPC.

But Mr. Osinbajo asked Mr. Baru to go back to Mr. Kachikwu and get his input and approval first before making the changes. Mr. Baru refused to consult Mr. Kachikwu on that.

For weeks, the changes were not made, until Mr. Buhari returned on August 19. By August 29, Mr. Baru announced the changes.

This prompted Mr. Kachikwu’s letter to the president on August 30, complaining that he learnt of the development in the media.

Neither the vice president’s office nor Mr. Baru has denied that claim by Mr. Kachikwu.