#GovernmentMagic: Buhari Must Expose All Culprits Behind $50m Recovered Loot 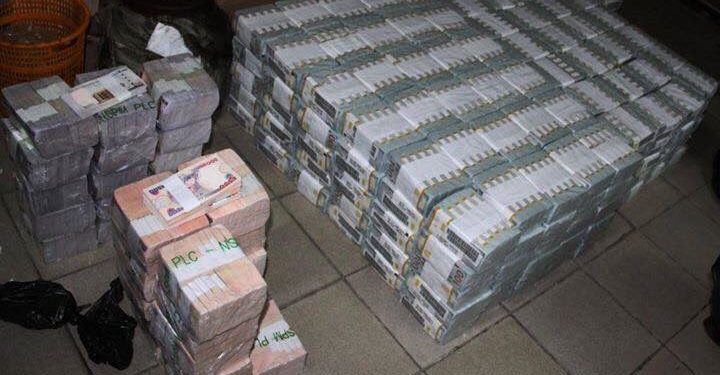 It has been three days since the sums of $43m, N23m and £27,000, totaling a value of $50 million was found in apartment 7B of Osborne Towers in Ikoyi, Lagos but the culprits behind the massive stash of sealed forex bundles are yet to be exposed.

SaharaReporters tweeted that Buhari simply asked for the funds to be returned to the central bank and has yet made no formal condemnation and commanding directive for a thorough investigation.

Distressingly, there are reports that Nigeria’s intelligence agency, NIA has staked claim to the discovered loot. This is atrocious and a stab at the intellect, conscience and hopes of Nigerians.As typical, three days in, Buhari’s lackadaisical response to this stupefying find portrays his physical and/or official weakness as president of Nigeria.

The NIA cannot stash millions of dollars in a private building. The NIA does not operate moving such massive amounts of foreign currency within the country in such vagrant fashion. If indeed the NIA needed to move such massive amounts of foreign currency for clandestine operations including bribing Boko Haram or other such tasks Nigerian agencies have been reported to have been engaged in, the funds would have been kept in a public-owned and protected safe house or bank in the interim, not in a privately owned property with no government guards. This is a risk to national security and a violation of the Nigerian constitution. Private landlords have keys and access rights to all flats on their premises in case of water, fire or other danger. Thus such monies of the citizens of the federal republic of Nigeria would be exposed to unwarranted risk.

Again if the Nigerian spy agency owns this money, it raises legitimate suspicion that the agency may be involved in planting sums of money later reportedly discovered by the EFCC as an organized incrimination and distraction propaganda project. Such questions are automatically raised by the alleged claim of ownership of such amounts of suspicious funds.

There are reports in the media that a serving APC minister, Rotimi Amaechi is the owner of the implicated apartment in which the funds were found. Guarantee Trust Bank, former PDP chair Adamu Muazu, the remaining tenants in the premises which allegedly include Sacked NNPC MD, Esther Nnamdi-Ogbue, former governor Peter Obi, Lagos senator Yayi and Mo Abudu among others, likely know the owner of apartment 7B. It is thus an insult on Nigerians’ collective intelligence and the whistleblower campaign against graft, that the identity of the owner of the apartment is still kept under lock by the economic and financial crimes agency, EFCC.

Hiding the culprits behind this recovered massive heist protects the looters and central bank governor(s) implicated in the robbery of the common wealth of Nigerians. The serialized monies found are easily trace-able and should have been traced already to find out why and to whom the central bank of Nigeria opened its vaults for personal or political gains.

We hereby urge the Buhari government to stop taking Nigerians for a ride. The war against corruption must be unbiased and impartial or should as well be terminated. There are no sacred cows.

President Buhari campaigned and won on the mandate to fight corruption without betrothal to anyone. He condemned the open looting of the central bank by his predecessor and must not be implicated in aiding, abetting and concealing such acts.