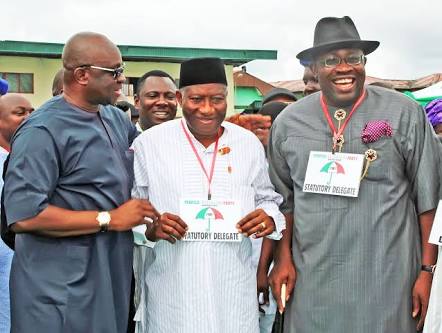 The Governor of Bayelsa State, Honourable Henry Seriake Dickson, has condemned in strong terms the so called quit notice handed to Ndigbo living in Northern Nigeria by a coalition of misguided Arewa Youth Coalition.

The Governor said it was a shame that even after fighting a needless civil war, some 50 years ago, even with the relics and scars of the ‘‘war still staring at our faces,’’ some people would deliberately build up hate against fellow Nigerians similar to the build up to the civil war in 1967. He said all Nigerians are guaranteed by the 1999 Constitution to live in any place of their choice and pursue their daily bread without molestation.

Governor Dickson said this country was getting too divided stressing that it was high time the Federal Government deliberately showed leadership by designing a comprehensive master plan to reconcile all citizens irrespective of tribe or religion.

The Governor who was speaking in Lagos over the weekend in an interview with editors said the Federal Government must deliberately build confidence amongst all the peoples, give a sense of belonging to all component parts and deliberately return sovereignty to the people to stem the tide of quit notices to Ndigbo and agitations for secession by the Independent People Of Biafra (IPOB) which the Governor believes are threats to the corporate existence of Nigeria!

He however noted that: ‘‘Breaking this country is not in the best interest of anybody or ethnic groups. Our strength as a country lies in our diversity and population. We are better off if we continue to live together as one people. This is why the Federal Government must urgently show leadership and deliberately reconcile all sections of this country and address legitimate questions. Only leadership can put to rest the tension and hate in this country! ’’

While commending the Northern Governors and their Eastern counterparts for rising in unison to condemn the quit notices and hate comments, Governor Dickson said the Nigeria Governors Forum is worried about the state of the country and has consequently set up a committee for which he is a member to intervene, to give hope to the peoples of Nigeria and resolve conflicts where ever they raise their ugly heads including the farmers/herdsmen clashes, which he contended was a major security threat!

On the lingering PDP leadership crisis, Governor Dickson urges PDP faithful not to lose hope in the party because according to him, ‘‘PDP will bounce back.’’ He therefore calls on those defecting from the party to desist forthwith, stressing that PDP is a national institution that must not die! Governor Dickson said Nigeria is in dire need of a strong political party in Government and a strong opposition party which according to him, are currently lacking as the All Progressives Peoples’ Congress (APC) is also enmeshed in crisis.

Governor Dickson who is the Chairman of the PDP National Reconciliation Committee said he was speaking out of concern, following the decampment of PDP members to other parties as well as reports of PDP leaders floating alternative political platforms.

According to the Governor, if PDP leaders had accepted the Reconciliation Template formulated by his committee, a unity national convention would have held this month to elect its national leadership, and this he believes, would have put to rest the leadership crisis rocking the party.

Instead, the Governor lamented that, some party leaders opted for the court which he stressed can only adjudicate and not reconcile feuding parties.

Governor Dickson said political leaders in Nigeria exert too much pressure on the judiciary by failing to do things rightly, by failing to build consensus, refusing to respect laid down rules of politics as well as branding anybody holding contrary opinion as playing antiparty. The implication according to the Governor is that Nigerian politicians have become more ‘‘militant than the military and it is not supposed to be so’’. He therefore, advised political leaders to stop relying on the judiciary to resolve what is essentially an internal party affair, stressing that internal disputes can best be resolved through a political solution!

The Governor said the failure of the PDP leaders to unite, especially after the loss of federal power, has weakened the party across the country especially in states like Edo, Ondo, Benue, Lagos and others where governorship/local government elections had held and are about to hold.

The Governor noted that his committee has not relented on reconciliation and confidence building in the party, irrespective of the lingering litigation and promised to address PDP faithful after the Supreme Court judgement!