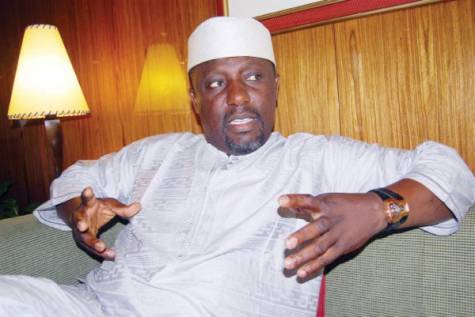 Governor Rochas Okorocha spoke exclusively with SaharaTV Executive Producer, Omoyele Sowore, on the condition of the Biafran struggle and Radio Biafra’s broadcasts in the South East of Nigeria.

He added that “you cannot say who actually is behind this or where is this radio station. The radio station is not in Imo State. The [Biafra] War is gone and gone.”

Governor Okorocha told SaharaTV that outsiders were the cause of the recent social media and radio campaigns calling for separatism. He said “I cannot say all here, but know that it is not the backing of the South East trying to create tension and relevance, just like they have gotten the attention now.”

The Governor spoke even more critically about the Biafran struggle as “like a mirage, the more you look, the less you see.”

Governor Okorocha made these comments during an interview on SaharaTV where he discussed the economic conditions of the country after President Jonathan’s administration and the political division within the All Progressives Congress (APC).