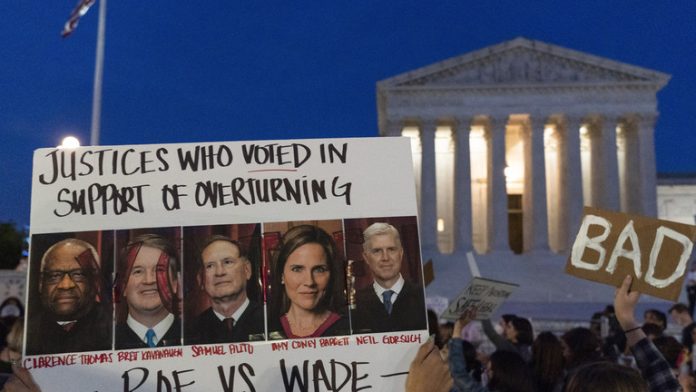 The US Supreme Court announced on Thursday that the culprit could not be found after months of investigating who may have leaked the draft of a decision that overturned decades of precedent on abortion.

On May 2, last year, Politico published the entire draft of the Dobbs v. Jackson Women’s Health Organization decision, revealing that the court was preparing to overturn the precedent set by Roe v. Wade in 1973.

The court described the leak as “one of the worst breaches of trust in its history” and “a grave assault on the judicial process” in a statement issued on Thursday, adding that exposing internal deliberations threatened the integrity of its proceedings.

The court marshal was tasked with finding the leaker and got to work right away. According to the Marshal of the Supreme Court’s report, a team of “seasoned attorneys and trained federal investigators with substantial experience conducting criminal, administrative, and cyber investigations” interviewed 97 Supreme Court employees but were “unable to determine” the identity of the leaker. However, the investigation concluded that it was unlikely that the court’s computers were accessed from the outside, and it recommended a number of measures to prevent future leaks.

Along with the marshal’s investigation, Chief Justice John Roberts asked former Homeland Security Secretary Michael Chertoff to “independently review and assess” the investigation. Chertoff stated that the investigation was “thorough” and that he couldn’t think of “any additional useful investigative measures.”

Chertoff led the DHS during President George W. Bush’s second term and previously worked as a federal judge and prosecutor. He currently serves on the advisory board of Norm Eisen’s States United Democracy Center, a non-profit dedicated to “safeguarding democracy” through the advancement of “free, fair, and secure elections.”

The release of the Dobbs draft was a political shocker. Republicans and Democrats traded accusations about who and why the document was leaked. Pro-abortion activists staged a protest outside the homes of conservative-leaning justices, threatening them with death. The White House responded to the leak by urging Americans to vote for Democrats in the upcoming midterm elections, while the Democratic Party raised funds as a result of the controversy. In June, the Supreme Court overturned Roe.