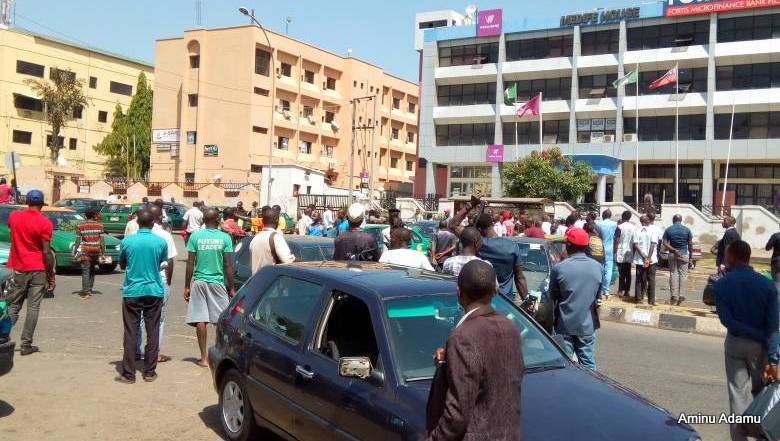 Foundation for Peace Professionals (FPP) has been informed of an
unfortunate incident that happened today in Abuja at Wuse market, in
which a soldier who is part of security task force shot a taxi driver
for no justifiable reason. The security task force reportedly dumped
the victims body in his vehicle and ran away.

We condemn the cruelty and inhumanity displayed against a fellow human
by the security task force. Foundation for Peace Professionals also
aware that the incident had led to massive protest which started in
wuse market at the scene and quickly spread to other parts of the
Federal capital. We appeal to the aggrieved protesters to remain calm
and not take laws into their hands. Only in an atmosphere of peace can
justice prevail.

Findings have revealed that, the security task force has been
extorting members of the public around wuse market for a long time.
Many of those who started and joined the protest when the ugly
incident happened were said to be victims, who had been abused and
extorted at one time or the other. We therefore call for the review of
the operation of all task force that has deviated from the purpose of
its creation.

We also call on the security agencies to arrest and properly prosecute
the soldier that shot the taxi driver and all other members of the
task force engaged in public extortion and criminality. It is
important to note that, security agencies cannot do their job properly
without public support, but with incident such as this, the public
maybe unable to cooperate with security agencies that they perceive to
be cruel, wicked and unjust to them. This is why security agencies
must restore public confidence by taking appropriate actions against
erring officers.

We therefore appeal to the Minister of FCT, the Federal Capital
Development Administration (FCDA) and the security agencies to jointly
review the operation of this task force and others like it to ensure
citizens are not being violated under the guise of maintaining law and
order.