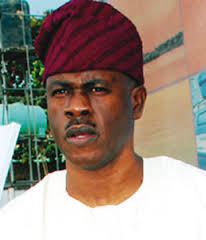 A group, Lagos Integrity Watch, has reacted to claims made by Senator Musiliu Obanikoro, which he alleged Olabode George, Chieftain of the Peoples Democratic Party (PDP), to have been partisan in the last Saturday Wards Congresses of the party which held in Lagos State.

Olarinde Onitolo, Coordinator of the group, said Obanikoro’s allegation is unfair and coming from a man who is prancing about in aimless search for relevance, the allegations lacks logic.

In a press statement signed by Olarinde, the group said: “The fact of the matter is that Obanikoro whose name and pedigree are of contradictory and unfathomable legitimacy is a rejected fortune seeker whose stock in trade is to manoeuvre in dirty, squalid alleys at any cost to snatch undeserved relevance.

“We know his various antecedents at Chicago, in Houston; Lagos City Hall, and as Commissioner under the guidance of his friend and mentor, Bola Tinubu.”

The group further stated its discomfort in the candidacy of Musiliu Obanikoro, saying it will not allow anyone to sell and mortgage its destiny to the highest bidder.

“Surely, the Lagos of our dream cannot and must not accommodate men of dubious and patently tainted character again.  Enough is enough.

“We hereby call on Musiliu Obanikoro to apologize immediately to our party and Chief Bode George for this gross indiscretion. A word is enough for the wise”, the group said.