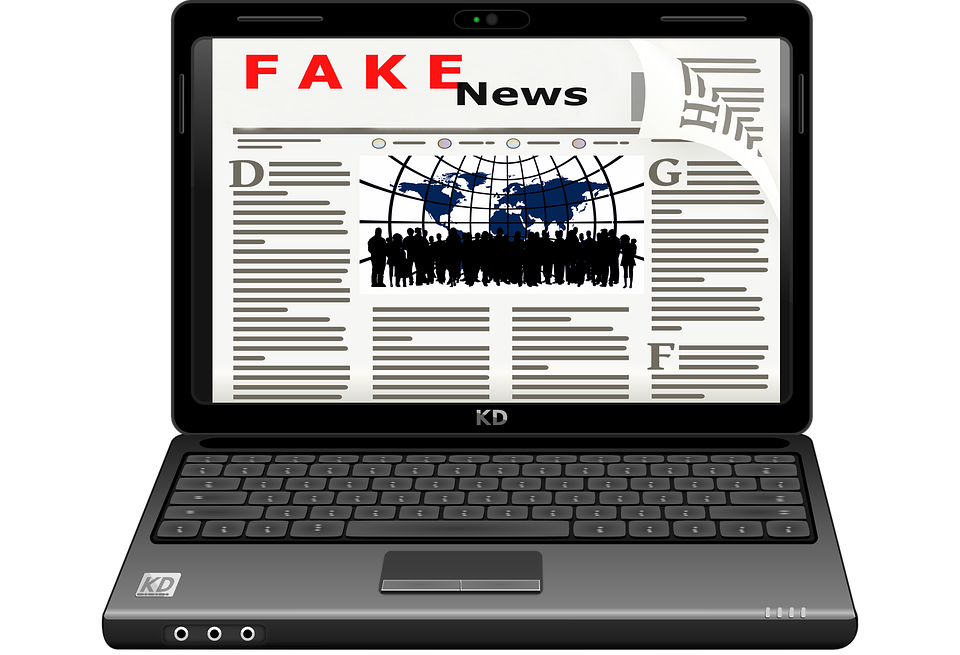 Revelations about two incidents of Gulf-related fake news shine a spotlight on a long-standing psychological war between the UAE and Qatar that preceded the Gulf crisis, as well as the two states’ seemingly repeated and competing interventionist efforts to shape the Middle East and North Africa in their mould.

In the latest incident, US intelligence officials asserted that the UAE had orchestrated the hacking in May of Qatari government news and social media sites in order to post incendiary false quotes that were attributed to Qatari emir Sheikh Tamim bin Hamad Al Thani.

The UAE and Saudi Arabia declared their six-week-old diplomatic and economic boycott of Qatar on the basis of the hack despite Qatari denials of the quotes and an investigation involving the US Federal Bureau of Investigation (FBI). US intelligence reported that senior UAE officials had approved the hack on May 23, a day before it occurred. The UAE has denied the allegations.

The US allegations came less than 24 hours after Reuters was forced to withdraw a report that six members of the Saudi-UAE-led alliance had asked world soccer body FIFA to deprive Qatar of its 2022 World Cup hosting rights after it turned out to be fake. The story was widely carried by international media and news websites and constituted the basis of an analysis by this author. It was not immediately evident who was responsible for the false report.

The two incidents nevertheless highlight different strategies of the Gulf’s small states, buffeted by huge war chests garnered from energy exports, to project power and shape the world around them, including the current Gulf crisis.

At the core of the differences lie diametrically opposed visions of the future of a region wracked by debilitating power struggles; a convoluted, bloody and painful quest for political change; and a determined and ruthless counterrevolutionary effort to salvage the fundaments of the status quo ante.

The UAE together with Saudi Arabia views autocracy as the key to regional security and the survival of its autocratic regimes and has systematically sought to roll back achievements of the 2011 popular Arab revolts that removed from power the leaders of Tunisia, Egypt, Libya and Yemen who had been in office for decades.

As a result, the UAE has allegedly backed regime change in a number of countries, including Egypt and reportedly Turkey; supported anti-Islamist, anti- government rebels in Libya; joined Saudi Arabia’s ill-fated military intervention in Yemen; and in the latest episode of its campaign, driven imposition of the boycott of Qatar.

In contrast to the UAE, Qatar has sought to position itself as the regional go-to go-between and mediator by maintaining relations not only with states but also a scala of Islamist, militant and rebel groups across the Middle East and northern Africa. It moreover embraced the 2011 revolts and supported Islamist forces, with the Muslim Brotherhood in the lead, that emerged as the most organized political force from the uprisings.

Qatar’s support for the Brotherhood amounted to aligning itself with forces who were challenging autocratic Gulf regimes and that the UAE was seeking to suppress, prompting allegations that Qatar was supporting terrorism defined as anything opposed to autocratic rule.

The hacking of the Qatari websites in May and the fake soccer story were but the latest instalment in the psychological war between the two Gulf states. The UAE and Qatar have been waging a covert war in the media and through fake NGOs even before Saudi Arabia, the UAE and Bahrain first withdrew their ambassadors from Doha in 2014 in a failed bid to get Qatar to change its policies.

The UAE, the world’s largest spender on lobbying in the United States in 2013, sought to plant anti-Qatar stories in American media. To do so, it employed California-based Camstoll Group LLC that was operated by former high-ranking US Treasury officials who had been responsible for relations with Gulf state and Israel as well as countering funding of terrorism.

In disclosing the UAE’s efforts to influence US media reporting on Qatar, Glenn Greenwald, a reporter for The Intercept, argued that “the point here is not that Qatar is innocent of supporting extremists… The point is that this coordinated media attack on Qatar – using highly paid former U.S. officials and their media allies – is simply a weapon used by the Emirates, Israel, the Saudis and others to advance their agendas… What’s misleading isn’t the claim that Qatar funds extremists but that they do so more than other U.S. allies in the region (a narrative implanted at exactly the time Qatar has become a key target of Israel and the Emirates). Indeed, some of Qatar’s accusers here do the same to at least the same extent, and in the case of the Saudis, far more so.”

Qatar’s response to the media campaign against it was illustrative of its ineptitude prior to the current Gulf crisis in fighting its public relations and public diplomacy battles, clumsiness in developing communication strategies, meek denials of various accusations, and failure to convincingly defend its controversial policies. In a bid to counter its World Cup critics, Qatar contracted Portland Communications founded by Tony Allen, a former adviser to Tony Blair when he was prime minister, according to Britain’s Channel 4 News.

The television channel linked Portland to the creation by Alistair Campbell, Blair’s chief communications advisor at Downing Street Number Ten and a former member of Portland’s strategic council, of a soccer blog that attacked Qatar’s detractors. Britain’s Channel 4 reported that the blog projected itself as “truly independent” and claimed to represent “a random bunch of football fans, determined to spark debate.” The broadcaster said the blog amounted to “astro-turfing,” the creation of fake sites that project themselves as grassroots but in effect are operated by corporate interests. The blog stopped publishing after the television report.

Qatar also thought to undermine UAE efforts to tarnish its image with the arrest in 2014 of two British human rights investigators of Nepalese origin who were looking into the conditions of migrant labour. The investigators worked for a Norway-based NGO, the Global Network for Rights and Development (GNRD), that was funded to the tune of €4.2 million a year by anonymous donors believed to be connected to the UAE.

Founded in 2008, GNRD was headed by Loai Mohammed Deeb, a Palestinian-born international lawyer who owned a UAE-based consultancy, and reportedly operated a fake university in Scandinavia, according to veteran Middle East author and journalist Brian Whitaker who took a lead in investigating the group.  GNRD said it aimed to “to enhance and support both human rights and development by adopting new strategies and policies for real change.”

In 2014, GNRD published a human rights index that ranked the UAE at number 14 in the world and Qatar at 97. Heavy criticism of the index persuaded the group to delete the index from its website. GNRD, moreover, consistently praised the UAE’s controversial human rights records with articles on its website on the role of women, the UAE’s “achievements in promoting and protecting the family, environmental efforts, care for the disabled and its protection of the rights of children.

GNRD was closed following police raids in 2015, the confiscation of $13 million in assets, and charges of money laundering that have yet to be heard in court.  Norwegian investigators said that UAE diplomats had fought hard to prevent the case going to court.