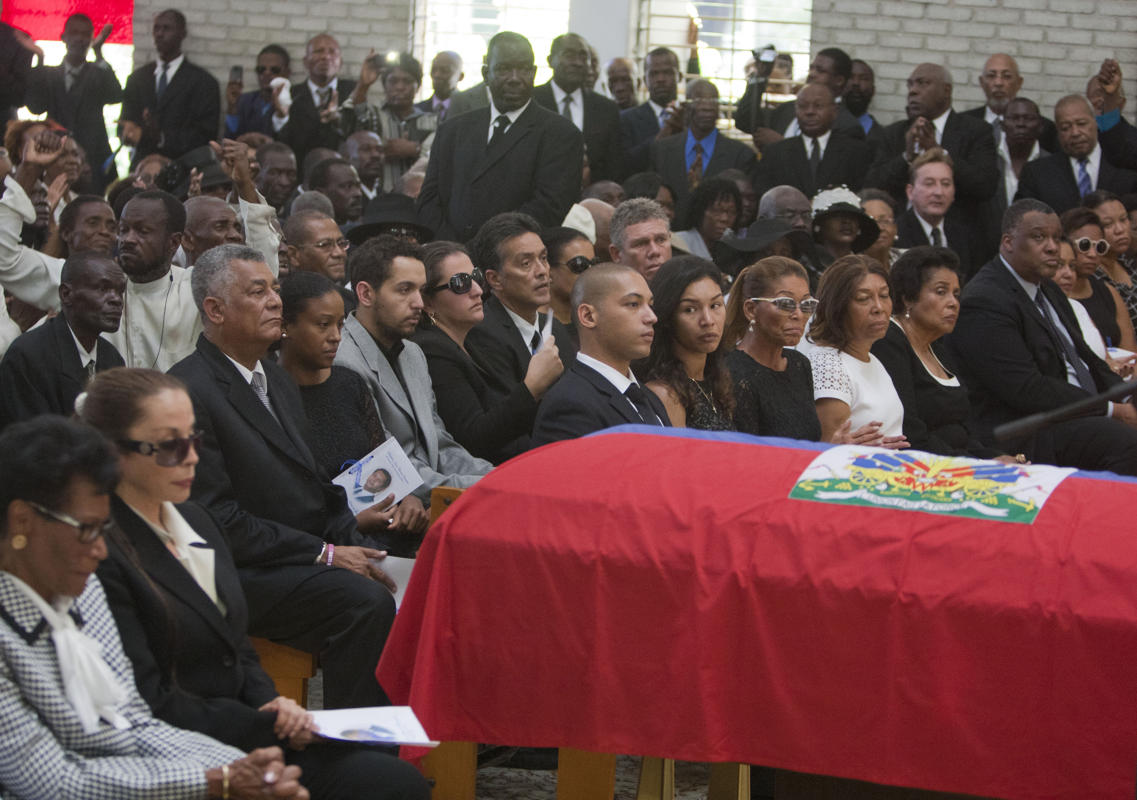 By Max A. Joseph

On October 4, 2014, Jean-Claude “Baby Doc” Duvalier, the self-styled former president-for-life of Haiti, died as a result of a cardiac arrest at the home of a friend in the Port-au-Prince suburb of Petion-Ville. One can only hope that his passing brings to an end the era in which the history of Haiti is compressed and associated exclusively with the Duvaliers’ reign (1957-86). For reasons that would be hard to explain to anyone with a basic understanding of historical events, some historians went as far as to describe the Duvaliers’ time in power, particularly the Papa Doc stretch (1957-71) as the Third World version of Hitler’s Nazi regime (1933-45), even though the two systems’ raison d’être and political philosophies were poles apart.

The Duvalier Era began on October 22, 1957 when Francois “Papa Doc” Duvalier, a medical doctor-turned politician, became Haiti’s president following a disputed election that his detractors still insist was unfairly decided by the Haitian military. A believer in “Noirisme,” an intellectual-led movement dedicated to ending the mulattos’ suffocating control of Haiti’s economic and political life, which had been institutionalized under the U.S occupation (1915-34), Papa Doc was essentially the long-awaited political messiah that the black majority desperately needed. Unfortunately, historians of all stripes are unanimous in their verdict that he not only failed to deliver on the black majority’s expectations but became a tyrant deserving a prominent place in the pantheon of the 20th century worst villains.

Anecdotes about the Duvaliers’ range from the trivial to the far-fetched. From Baby Doc, a hopelessly poor student, given passing grades by frightened teachers wanting to avoid the wrath of his father, to Papa Doc destroying many of Haiti’s bridges to prevent his enemies from getting a foothold in the countryside, to the opponents of Papa Doc getting bathed in sulfuric acid, nothing fanciful was beyond the realm of their detractors’ imagination. Like magicians pulling rabbits out of hats, historians have settled on 30,000; the number of Haitians, which they themselves call an “estimation,” was killed under the Duvaliers. No documentation was ever offered for the $800 million reportedly stolen by J-C Duvalier, yet the gullible public, prodded by a sensationalist media, accepts these unsubstantiated reports as facts.

Decades after Papa Doc’s son and successor Baby Doc left power — he was flown to France in a C-41 U.S military plane on February 7, 1986 — raw emotions continue to follow the Duvalier name, which has become synonymous with everything that could possibly go wrong with Haiti or Haitians for that matter. Is this judgment a reasonable assessment of the Duvaliers or a politically-motivated vendetta laced with racist overtones?

Reforming or dismantling established oppressive political systems has never been painless. This fact partly explains why Papa Doc presided over a repressive system that sought to eradicate, or at the very least, bring any resistance to changes under control. Did he cross the line by going further than he should have been? Given that his purported victims were denied due process (it was said that they were summarily executed or died while in prisons), the answer is unequivocally yes. However, only future generations of Haitians and historians would be able to make a rational assessment of his presidency which, a priori, sought to re-engineer a society that was systematically organized along class and sub-racial lines.

What about the juxtaposition of the father and son presidencies? Any analysis of the Duvaliers would clearly establish the fundamental differences between the father, a seasoned politician who may have thought of himself as divinely chosen to rule, and the son, an immature young man (he was 19 at the time of his ascension to power) whose destiny was thrust upon him by forces and events that were beyond his control. Yet, despite Baby Doc’s accidental rise to power; the father-son differences in style, policies, political awareness and visions, the two were consistently portrayed as two birds of the same feather.Accidental leaders sometimes surpassed expectations; J-C Duvalier, a man who was merely enjoying the perks of his inherited domain, was never meant to belong to that category.

Any Haitian that lived in Haiti in the 1970s surely remembers the almost weekly announcements of the World Bank, the International Monetary Fund (IMF), and the Inter-American Development Bank (IDB) lending money to Baby Doc. What about the arm shipments, military training and intelligence sharing which helped the Duvaliers put down the periodic armed insurrections challenging their rule? Must we assume that the international community had no inkling about what was happening in Haiti, even though many Western Hemisphere countries such as Bahamas, Canada, the Dominican Republic, Venezuela and the U.S were getting swamped with thousands of Haitian refugees seeking economic reliefs or political asylum? If answered truthfully, these queries might elucidate historians and the general public on the Duvaliers’ staying power and impunity for their actions.

Imagine the Duvaliers presenting their credentials and trying to gain admission into a hypothetical after-death club of the villains that roamed 20th century Earth; they will be without a doubt accused of being impostors and thrown out of that premises. Now that the media no longer has the Duvaliers to kick around anymore, it is expected that the next chapter in tarnishing or disparaging Haitian history would be as speculative and uninformative as the one that just ended.