Handing Over of NFIU To CBN By The Lawmakers, a Senseless, Selfish, Self-serving Decision 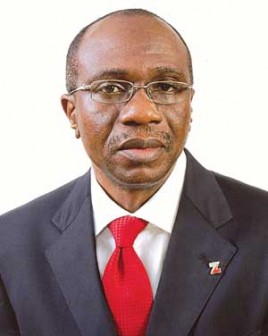 In their desperate attempt to dislodge the powers of Economic and financial commission (EFCC) over the National Financial Intelligence Unit (NFIU), through the use of the NFIU bill, the two chambers of NASS have transmitted an already passed NFIU bill, which is expected to guide the formalization of formal transfer of the agency from the Economic and Financial Crimes Commission to the Central Bank of Nigeria, CBN.

It all started with the international financial watchdog Egmont Group’s demand for clearance of some ambiguities associated with the EFCC act. The Egmont group raised some concerns in relation to established principles and guidelines, but our NASS decided to go on frenzy by coming up with a whole new bill, a CBN-domiciled NFIU Bill whose success is geared toward rubbishing the country and to also ridicule Nigerians before the international community as an unserious country and people.

The raised concern of Egmont Group has already been clarified through The bill proposing the amendment of the EFCC Act submitted to the group’s Membership Support and Compliance Working Group, but the new political twist sponsored by the law makers was a decoy in use to destroy the existing progress made with the NFIU bill which has addressed the observed limitations of the EFCC act.

From all indication, the law makers are not happy with the progress made with Buhari’s anti-corruption war and are all out to sabotage it, the reason why they daily seeks for the firing of Ibrahim Magu the EFCC chairman. They equally refused to confirm Buhari’s various appointees and they renege on their promises made in the past to approve the Chinese loans that would have guaranteed the various infrastructures that Nigeria need to develop, the rail system, the six lane Kano-Abuja road, the Kano-Kaduna, Kaduna-Ibadan rail lines. This is in exception of other great projects for the Southeast and the southwest.

Self ends, selfishness, self-seeking, selfserving are the words occupying the vocal pipe of majority of Nigerians concerning this exposed NASS indiscretion. Now, we Nigerians know that, the lawmakers donot and will not pay attention to indices that could possibly change the lives of Nigerians. It’s glaring that what the lawmakers are after is all about their personal and family aggrandisement.

Just look at it very carefully, NFIU controlled by CBN but not by EFCC that shares the same mechanism and routine of operations ? This is insane and very unfortunate. Though I leant that Germany made the same mistake in the past by transferring their NFIU unit to the custom, they got fired by the Egmont group.

The Egmont group relevance to sharing intelligence and other tangible security resources within the group members cannot be over emphasise, hence the need for Nigeria to be very careful in order not to get expelled from this resourceful group.

Our lawmakers should equally note that their indiscretions will be recorded in a history book, written with a black ink and housed in a hall of shame that will define their time as the product of under-development of the Nigerian nation. This will surely follow the root of their family trees and Nigerians have already resolved not to forgive and not to forget.