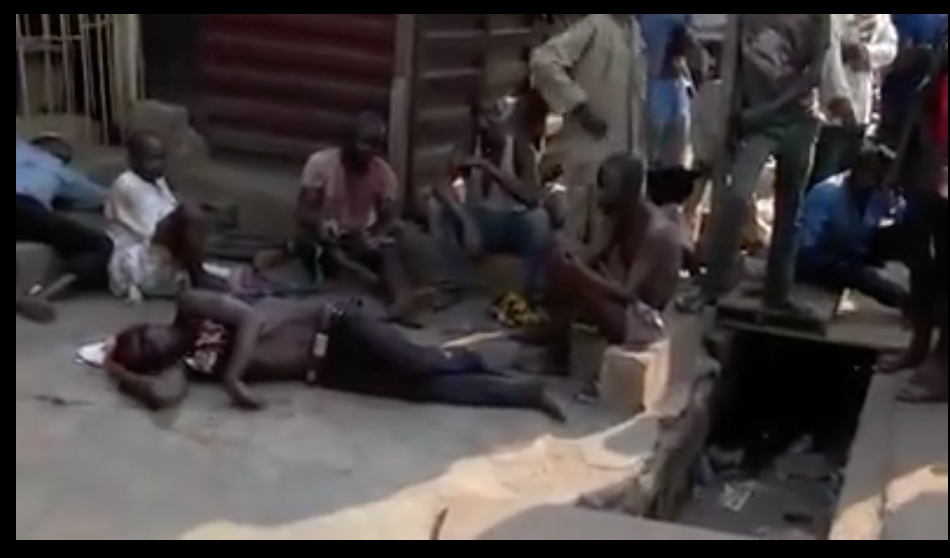 I have been reluctant to write anything about the clash between the Yoruba and the Hausa Fulani in the ancient city of Ile-Ife and in which far many more people were killed than anyone cares to publicly admit.

I was reluctant because Ile-Ife happens to be the home of my ancestors and indeed my hometown and for four generations my family have had a stake there and have been making meaningful contributions to the affairs and development of the community.

Consequently I have an emotional attachment to the town and when I hear that a son or daughter of Ife is in trouble or is in any way hurt or harmed it hurts me to the marrow.

This is because the Ifes are more to me than just my kinsmen. I consider them to be part of my family and deep down I love each and everyone of them whether they be friend or foe.

Yet despite all this, on this occassion, I am constrained to set emotion aside, look at the cold facts and write about this ugly and tragic episode.

I compelled to do so out of a sense of loyalty, honor and morality. This is especially so given the fact that the victims in this conflict appear to have no voice and no-one appears to be ready to speak for them. I am ready to be that voice. I owe my people, history and posterity that much and I have no apology for doing so.

The crisis in Ile-Ife started when a group of Hausa Fulani men molested and physically abused a young Yoruba woman by the name of Kubura and almost killed her in the process.

On getting there instead of being received with sympathy and remorse the husband himself was viciously stabbed and almost lost his life.

After that the Hausa Fulanis in Sabo went on the rampage killing many sons and daughters of Ile-Ife their host community and in the process they proceeded to behead a young Yoruba man and they paraded his head on a pole through the streets.

This infuriated the people of Ile-Ife and they retaliated by attacking the perpetrators. After that all hell broke loose and many Hausa Fulanis were killed.

I have been reliably informed that at the end of the day, a large number of Hausa Fulanis were killed and buried in mass graves whilst an equally high per centage of the houses in Sabo were burnt down. The Ifes lost also lost heavily in the conflict. This is a tragedy of monumental proportions for each and every one of us.

The casualty rate on both side is unacceptable and I wholeheartedly condemn the taking of human life for ANY reason unless it is in self-defence.

As sad and tragic as this event may be we must point the fingers at the right places and place the blame for the conflagration where it belongs. Many have failed in this respect.

For example instead of blaming the aggressors for the crisis and the carnage and warning them to stop killing our people and raping and beating our women, Governor Rauf Aregbesola has been shamelessly begging the Hausa Fulani and saying such an attack will never take place again.

It is right and proper for him, and indeed all responsible leaders, to call for restraint, to sue for peace and to encourage people not to break the law or take the law into their own hands in the name of retaliation and I must commend the efforts of our most reverred traditional ruler, his Imperial Majesty, the Ooni of Ife, Oba Adeyeye Enitan Ogunwusi, Ojaja 11 in this respect.

However it is equally important for Aregbesola to condemn the aggressors, the wife-beaters, the rapists and the murderers and to tell them in simple and clear language that Ile-Ife, the source and cradle of the Yoruba race, or indeed anywhere else in Osun state or the south west is NOT the sort of place that they can commit such atrocities and get away with it.

We are not Southern Kaduna or Agatu in Benue state. We find it difficult to sit by idly and watch our people being slaughtered in cold blood. And neither do we bow down before our oppressors.

There is something deep in the Yoruba spirit and soul and particularly that of the Ifes that resists and rebels against injustice, brutality, barbarity and subjugation and the history of the Yoruba proves that.

We are slow to anger but irresistable in battle and the fact is that for one hundred years before the British colonial masters arrived on our shores we were fighting brutal civil wars against one another.

We know the tragedy, the pain, the terror, the evil and the horrendous sacrifice that comes with war and conflict and though we avoid it as best as we can, we never shy away from it once it is forced upon us.

Worse still the youth of Ile Ife, many of whom are veterans of numerous Ife-Modakeke wars, are hardened and battle-ready any day and any time.

This is indeed a potentially volatile and dangerous mix. In this respect relevant and insighful are the words of Oloye Gani Adams, the leader of the Odua Peoples Congress (OPC), when he said, just yesterday, that “the Yoruba cannot be conquered!”.

And if anyone has any doubts about that they should consider the sheer courage and unconquerable spirit of a loyal anf faithful son of the Yoruba like Ayo Fayose, the Governor of Ekiti state.

This is where Aregbesola missed it. This is what he appears to have forgotten and this is what slipped his mind.

This is the point that he failed to appreciate and instead of doing so he chose to tread the disgraceful path of servility and appeasement whilst sacrificing the lives and interests of his own people.

Though I am a firm believer in the right of self-defence, I do not seek to incite anyone to violence and neither do I advocate, condone or encourage it in any shape or form.

My old friend Senator Rabiu Kwakwanso who is the former Governor of Kano state then entered the ring and made matters worse.

He went to Ile-Ife, met with the Hausa Fulani community and had the nerve and effontry to tell Aregbesola that our people must pay compensation for the killing of his people: sounds familiar?

I remember General Muhammadu Buhari’s words to Governor Lam Adesina in 2001 when, after a conflict between the Hausa Fulani and the Yoruba in Oyo, he asked “why are your people killing my people?”

Kwakwanso came to Ile-Ife 16 years later, demanded an answer to the same question and asked for compensation!

What a gratuitous insult this is delivered at a time when everyone is suing for peace and calling for calm. If the truth be told who should pay compensation to who? Who is accomodating who? Who did the attacking? Who killed first?

Who drew first blood? Whose land and soil is it and who are the guests and visitors? You come into a man’s house and enter his land and you start killing members of his family and people and then you ask him to pay you compensation?

Does this make sense? How many people did the Fulani compensate after they slaughtered the indigenees of Southern Kaduna, Benue, Enugu, Abia, Delta,Taraba, Lagos, Plateau, Kwara, Kogi, Adamawa, Nassarawa, Niger, Edo, Ebonyi, Ondo, Ekiti and numerous other states in the country in their own land?

How many did they compensate after the sectarian and barbaric killings of Christians and southern Muslims all over the north over the last 56 years?

How many did they compensate after the pogroms, mass murder and genocide perpetuated against the Igbo all over the north just before the civil war in 1966?

Who should apologise and who should compensate who?

Honestly I cannot stomach all this. It would have been better for Kwakwanso to start with an apology for the beating, raping, carnage and barbarity that his Hausa Fulani brothers indulged in and unleashed on their generous and accomodating hosts before the fighting started.

Do some people have a greater right to life than others in Nigeria? Is the blood of some more precious than the blood of others?

Do the lives of the Ife people mean nothing to these people? Does anyone not feel a deep sense of outrage about what the Hausa Fulani did and how this whole thing started?

Are we supposed to brush it under the carpet out of fear and our accursed desire for peace at ANY price?

Are we not dancing on the graves of those that were slaughtered for no just cause? What does that say about us as leaders and as a people? Are we not meant to defend the weak and stand up for the oppressed and the defenceless?

Do the people of Ile-Ife, a proud, gentle, kind and accomodating people with a rich and distinguished heritage, deserve to be visited with such violence from their guests and such contempt from their leaders? (TO BE CONTINUED)