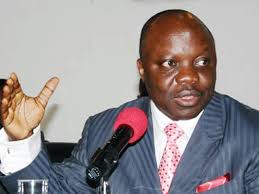 The court’s decision was the result of a nine-month long litigation by HDI following the refusal of the Local Government Councils to grant its request made under the Freedom of Information Act on February 24, 2014.

During the litigation period, her lordship, Justice Mojisola Olatoregun-Isola had earlier granted HDI leave on May 21, 2014 to apply for:

In a brief ruling preceded by the adoption of Mr Ogbolu’s address before the court, Justice Olatoregun-Isola granted all the prayers sought against Oshimili South and Ika South Local Government Councils.  She however noted that in the suit against Oshimili North Local Government Area, the lawyer representing the Council had raised a preliminary objection, saying she would prefer to hear from him before proceeding further on that case.

The judge therefore adjourned the third case to February 26, 2015 for hearing and ordered that the lawyer to the Council should be issued with a hearing notice advising him of the new date.

Reacting to this development, the Executive Director of Human Development Initiatives, Prof Bolaji Owasanoye said that the decision is a welcome development and will boost efforts to bring transparency and accountability to governance at the local level.