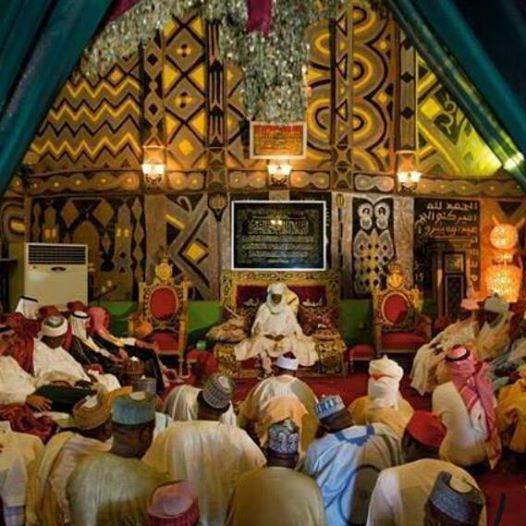 Kano, the capital city of Kano state is known for its commercial activities. Its slogan “centre for commerce” is not far from being sighted especially when one is at the metropolitan. There are different business men and women coming from different part of the world just for commercial purpose.

But one command feature someone will notice among most of the major markets as soon as they are in kano is the fact that market activities do take place on tarred roads mostly outside the designated place for commercial activities to thrive.

Temporary shops are mounted for motorists and passersby, causing devastating gridlock for commuters.

In an exclusive interview with Jibrin Mahmud Liti kul-kul the chairman of kwari market, one of the most popular among markets in Kano, particularly on its textile drive, the chairman said the congested nature of the market has connection with its popularity which usually attracts huge business transactions from men and women coming from different walks of life.

Liti kul-kul also admitted that there is continues violation of law by some traders who usually turn deaf ears to constituted authorities not to trade or mount shops on the tarred road. He also revealed that several attempts by his predecessors to stop traders from mounting illegal shops on main roads could not yield any result as some of the traders who have strong connections have ways to defy sanctions. “several attempt by my post leaders to get these people out of this place, (referring to shop owners on the main road ) was unsuccessful because some of them offer big monies to police men and they will not do anything about it”. He laments.

In his reaction the police public relations officer Magaji Musa Majiya in a telephone conversation rebutted the allegation as baseless, saying any one who has evidence of bribery scandal against the police in respect to Kwari market should not hesitate to make it public.

Effort to engage the traders on negotiation were fruitless

Mahmud Liti kul-kul said several attempts by his predecessor and himself to engage the traders on negotiations with a view to finding lasting solution on the issue were also unsuccessful.

A trader whose shop is also mounted on the road and who also claimed to be the Leader of the illegal traders Muktar Ibrahim Musa Gwaron Dutse said they were in the place because government could not provide them the right place to do their business.

“we cannot afford to stay without doing our businesses, since government failed to provide us the right place, any opportunity that comes our way we make use of it” he said.

Findings by this writer unveiled that several negotiations between market leaders and government officials to end the nightmare could not yield any result, as traders are doing their normal businesses untouched.

It was observed that the act has caused untold hardship for commuters as they were hold in a heavy gridlock for several hours, a situation that may likely cause danger to human life especially during emergency.

Adam Adam , a motorist who drives tricycle popularly called A Daidaita Sahu expressed his dismay on the issue.

“any time I drive towards this place, I feel disturbed because of the time I am forced to waste here” he laments.

Further findings revealed that the situation may not likely be addressed in the near future, as no authority was ready to act on time to ameliorate the situation.

Tijjani Ibrahim is a 400 level student in the Department of Mass Communication Bayero University, Kano.