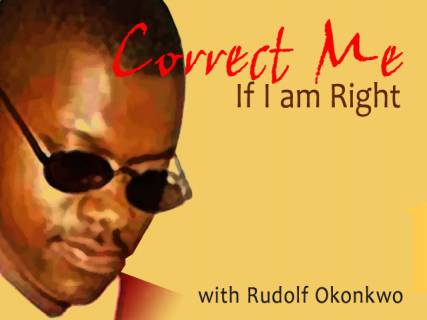 e day in the future, our great great great grand children will look back to find out when we finally lost our country. They will review the events of the 50s and how Nigeria got her independence. They will check out, dispassionately, the hidden details of the pogroms of 66 and 67. They will go through the brutalities of the Biafra-Nigeria civil war.

Most likely they will conclude that despite the devastation these conflicts brought to lives and properties, Nigeria still had a fighting chance. They will scan through the 70s and the 80s, the 90s and the 2000s. They will scrutinize the pockets of conflicts here and there. Their historians will add up figures of those who died and those who lived out their lives with the scars of the inhumane treatments. They will project in an alternative history where Nigeria would have been if it had been proactive and avoided some of these conflicts.

When they get to the Boko Haram era, they will wonder if our age was so dark that there was nobody who could light a candle. They will spit at our penchant for pursuit of wealth and personal aggrandizement while the nation handed over to us is allowed to flounder. They will remember that every nation gets a second chance. They will conclude that Nigeria got that chance in 2015. They will scratch their heads at how we lost it.

People lose their country because they laugh when one of their own goes missing until there is nobody left to laugh.

Most problems that confront any country follow a common trend. It first presents itself at a microscopic level. Serious countries that have the desire to survive deal with their problems while they are still manageable while unserious countries wait until the problems have festered and created the seeds for new and bigger problems before they wake up to confront them.

The problem of the herdsmen and farmers isn’t a new one. Like most of Nigeria’s conflict points, little or no attempt has been made over the years to address it. That Nigeria is not interested in addressing the underling issue does not mean that the problem will go away. In fact, like most problems, with time, it grows. As the population of people in Nigeria grew, adding pressure on land use, the lines of conflict expanded.

In other societies where officials spend time planning for the future, someone would have figured out 30 years ago that the lifestyle of the herdsmen was not sustainable in the long run without an explosion of conflicts. It is a problem that would have been of interest not just to the herdsmen and their supporters but also to those who live along their paths. But again, as we often do, it is not our problem until it is.

It is frustrating to note that other nations of the world have anticipated this same problem and over the years have confronted it. With climate change on the rise, serious nations have been designing modern solutions to basic challenges of this nature. The ready-made and tested solutions are not hidden from the Nigerian government. The solutions are out there for any government that cares to adopt. But that will not happen when the problem is not a priority of the government and where there is no political will to tackle it.

If a man is killed in his own farm, a woman is killed in her own kitchen and a child is killed at the playground by people who supposedly are their compatriots, what dies is not just a man or a woman or a child. What dies is the essence of a country. It dies not just in the heart of the generation of the man, the woman and the child who survived that attack but also in the heart and soul of many generations of that man and that woman and that child yet to come. The implications are wider than most of us often imagine.

Over the years, Nigeria has been playing games with what it means to govern its people. And as a result, Nigeria has gone from one crisis to another. We have been lucky along the way. We have managed to limp along. We blow one chance and we get another. We blow another and we get yet another. It has made some to say that “Nigeria is the only country in the world where the best is impossible and the worst never happens.”

The truth is that there is no such country in the world where the best is impossible and the worst never happens. That line will be crossed in a matter of time. When that will happen is anyone’s guess. It is all in the hands of the people who constitute that territory currently called a country. And what could trigger it can be something as simple as a conflict between herdsmen and farmers.

Rudolf Ogoo Okonkwo’s latest work is “This American Life Sef”. You can get a copy on Amazon.com.